British economist Paul Collier, the author of The Bottom Billion, argues that foreign aid can be helpful if it’s tailored to each country rather than applied in a one-size-fits-all manner.

Here’s how countries can change their approach and make foreign aid work.

The first remedy Collier examines is foreign aid, which he argues can be useful for spurring growth among bottom billion economies under the right circumstances. But, does foreign aid work? Among poor nations, Collier estimates that foreign aid adds about a percentage point to annual GDP. For many nations, receiving foreign aid in any amount prevents their living standards from getting worse. However, Collier believes that aid can go further when it’s used intentionally.

In Collier’s view, most traditional approaches to foreign aid focus on a “one size fits all” strategy of providing aid to all extremely poor nations. Collier believes this strategy fails to consider how foreign aid interacts differently with each poverty trap. He tailors his foreign aid strategy to account for the disparate impact these traps have on the effectiveness of the aid. In this section, we’ll explain the traditional approaches of using foreign aid, then explain how Collier’s approach would differ.

Traditional approach: Collier’s own analysis suggests roughly 11% of traditional foreign aid winds up funding the recipient country’s military, and that 40% of Africa’s total military budget comes from aid. Collier says that foreign aid does not increase the chance of civil war,  but it does slightly increase the risk of a coup in conflict-prone countries—presumably because the foreign aid boosts the government revenue that bad actors want to appropriate.

Collier’s approach: Collier argues that aid to conflict-prone regions needs to be disbursed with caution. Aid earmarked for specific projects or aid in the form of technical assistance may be more appropriate for conflict-prone countries.

(Shortform note: Other experts argue that foreign aid can prevent conflict by strengthening security and defense, stabilizing the government, and creating bonds between donor and recipient countries.)

Traditional approach: Collier finds that aid isn’t very useful for nations that have an abundance of natural resources. In these places, aid acts similarly to revenue from resource rents (the difference between the price of a commodity and the average cost of producing it), and two things can happen: Bad decision makers waste the revenue, or they experience Dutch disease.

Collier’s approach: He argues that rather than receiving foreign aid, resource-rich nations are better off focusing on reforming laws and charters (which Collier discusses as his third poverty trap remedy) and crafting better trade policy.

(Shortform note: While Collier is highly skeptical of aid to oil-rich nations, there is some evidence of positive effects even in countries with large oil revenues. A UN working paper examines the beneficial effects of aid to Indonesia, which has achieved sustained economic growth despite its combination of oil and foreign aid.)

Aid for the Landlocked

Collier’s approach: To spur broader economic development, Collier urges these nations to use the aid on transportation infrastructure, which will help address landlocked nations’ difficulty accessing trade markets, in addition to humanitarian objectives.

(Shortform note: For example, landlocked Zambia is dependent on foreign aid for basic health care services. Although foreign aid to Zambia has yet to lift it out of its poverty traps, it has achieved some of the modest humanitarian successes Collier sees as crucial. Poverty rates are falling, fewer children have been stunted by malnutrition, and incidences of HIV have dropped by half since 2000.)

Aid and Bad GovernanceTraditional approach: Another failed strategy is aid that is contingent upon policy. To Collier, forcing countries to adopt policies they would otherwise reject usually fails. This is because aid “conditionality” is based on agreements, not follow-through.

Collier’s approach: Collier admits bad governance makes foreign aid largely ineffective. Therefore, he says foreign aid for the worst governments is unwise, and the West needs to focus on the other remedies (laws and charters and trade policy).

While Collier doesn’t support forced policy changes as a condition of aid, he does advocate “governance conditionality,” which links aid to achieved improvements in governance.

(Shortform note: A 2018 research paper argues that any negative effects of aid on the quality of governance have been exaggerated and that donors can take steps to minimize negative effects, such as providing resources for budget support.)

Like what you just read? Read the rest of the world's best book summary and analysis of Paul Collier's "The Bottom Billion" at Shortform.

Here's what you'll find in our full The Bottom Billion summary: 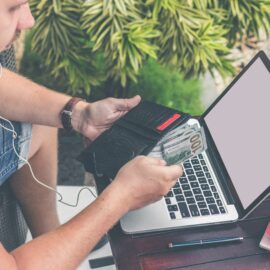 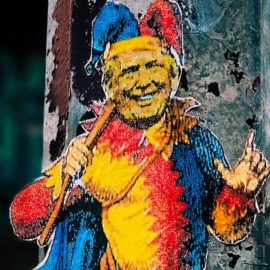