It seems counterintuitive that exercising discipline in turn gives you freedom, but, as with all of the dichotomies described above, this requires balance. If you are strategic and deliberate, you can create a regimented approach that ultimately gives you more freedom.

For example, setting your alarm early (and having the discipline to get out of bed when it goes off) gives you more time and freedom to do the things you want to fit in your day. Willink explains that this was the only way to carve out time for anything — whether to study, clean, or stretch his muscles — in the tightly structured schedule of SEAL training. This is “discipline equals freedom” on a simple level.

This also translates to a team setting: When a team implements disciplined SOPs, they have more freedom within those parameters. When each team member knows her role and duties as well as the goal of the mission, she can quickly and easily adapt to changing circumstances without having to constantly get leaders’ approval (this is critical for Decentralized Command, as we talked about in Chapter 8).

If the team needs to adjust a plan, disciplined SOPs make it possible to change that aspect of the plan without throwing the entire operation out of whack; when everyone knows the procedure inside and out, it’s easy to explain which piece of it is changing and what is staying the same. And when things get confusing and chaotic — whether on the battlefield or in a business operation — everyone can fall back on the SOP.  This is “discipline equals freedom” on a team level.

However, leaders must be careful that their teams don’t become so rigid and stuck on the SOP that they lose that flexibility. Leaders and teams need to be able to look at disciplined structures as a framework, while maintaining their adaptability.

Willink is leading a SEAL platoon on a targeted raid during his first deployment to Iraq. During these missions, he receives intelligence information about the location of a terrorist or group of terrorists, then leads his platoon on an operation to break into the building, detain the terrorists, and gather information from them and from the building (such as evidence of bomb-making material).

The SEALs did not train specifically on how to search buildings and collect evidence, so they typically ransack them. But this method creates chaos and confusion: They don’t have a system assigning people to search certain rooms or collect evidence, so they sometimes miss a room by accident or leave evidence behind because no one is designated to gather it. The helter-skelter method also takes a long time, creating more opportunity for nearby enemies to attack.

After the SEALs conduct several missions this way, the Iraqi courts impose stricter guidelines for collecting and documenting evidence. Forced by the court’s ruling, the SEALs have to create a more disciplined searching procedure. Willink assigns the task to his assistant platoon commander (Decentralized Command).

The assistant commander develops a system that assigns some SEALs to systematically search the building and others to collect evidence. His plan seems complex at first glance, but it breaks down into simple, individual roles and responsibilities. The new system designates SEALs to draw a layout of the building, assign a number label for each room, take photos and videos of evidence, and assign “room owners,” who are responsible for overseeing the searching and evidence collection in their particular room. Additionally, the plan requires SEALs to search rooms from the ground up, so that evidence doesn’t wind up buried on the floor. The plan also lays out how collected evidence should be documented and then organized once back at camp. With everyone assigned a task under the new, disciplined system, all the work can be done simultaneously and the team can accomplish the task much more efficiently.

When Willink and his assistant commander brief the platoon on the new system, they face resistance; the SEALs don’t see why they need to change their current approach, and insist it will take more — rather than less — time. So Willink explains the “why.” He gives the SEALs examples of how their current, undisciplined search method had failed them: Nearly everyone acknowledges there have been times when the mess of ransack-searching led them to search a room twice, or not at all.

With everyone now on board (if reluctantly), they put on their full gear and do dress rehearsals of the new system. With each run, they get faster and more convinced of the new system’s efficiency and effectiveness. By the end, they do an entire search in 10 minutes (much less than the 45 it took them with the old method).

The platoon successfully implements the new system in a mission, and even develops ways to further improve it. They now search buildings faster and leave with higher-quality evidence; this gives them the ability to search multiple buildings in a single night. In this way, paradoxically, the discipline they imposed ends up creating more freedom.

Business Application of Discipline Equals Freedom: No One is More Important Than the Team

The chief financial officer of a business reveals to Willink that the company’s electrical division is losing money and he doesn’t understand why the CEO, Andy, isn’t pulling the plug on it. It turns out that the CEO of the electrical division, Mike, is an old friend of Andy’s, and it appears Andy doesn’t want to harm his friend by shutting down the division — but keeping it open is detrimental to the whole company. Andy is prioritizing one team member above the well-beig of the entire organization.

Andy is convinced that Mike’s experience and knowledge is an asset to the company, but he acknowledges that it could be another three to five years before the electrical division is profitable. With some probing, Andy admits that this isn’t the best course for the company — they would be in a tight spot if unexpected costs come up or they hit a hurdle —  but he’s reluctant to shut down his friend’s division.

Discipline Equals Freedom: What Does This Mean? 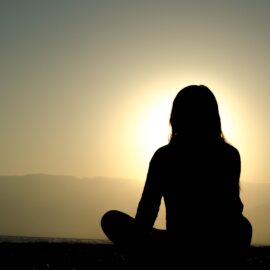 Antevasin: Living on the Border of Two Worlds 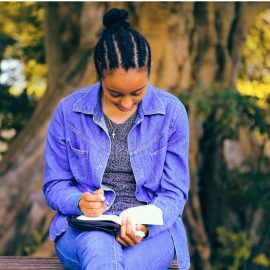 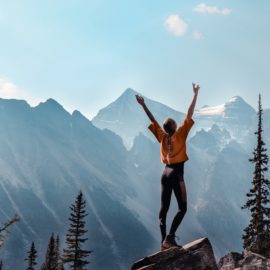