Is your mind overwhelmed with negativity? Why do people tend to focus more on the negative and take the positive for granted?

Research shows that negative events have a greater impact on you than positive ones—your emotional responses are stronger for negative events than they are for positive ones. But that doesn’t mean that you must give in to all this negativity—you can develop a positive mindset if you’re motivated enough to rid yourself of the negativity.

Keep reading to learn how to motivate yourself to change your thinking and rewire your mind for more positivity.

According to the Dalai Lama, all negative thoughts and emotions stem from ignorance. That’s why the first step to eradicating negativity, he says, is to educate yourself both about your emotions and the circumstances that give rise to them. By doing this, you root out the misunderstandings of the world that lead to negative emotions and therefore unhappiness.

After educating yourself on how and why you become happy or unhappy, the next step of developing a positive mindset is to develop your motivation to change your mindset, advises the Dalai Lama. Simply understanding where your negativity stems from can’t alone eradicate it, claims the Dalai Lama. To develop a positive mindset, you must desire to rid yourself of unhappiness and negative emotions. Awaken this desire by, for instance, periodically reminding yourself of your learning from Step #1: that negative emotions destroy your happiness, while positive ones reinforce it.

(Shortform note: Cutler and the Dalai Lama tell you to motivate yourself to change but provide only one tool for doing so. Another way to cultivate motivation is to write down the goals you hope to achieve—for instance, to rid yourself of ignorance. Achieving enlightenment is a long and winding path, but by writing down your goals, you help yourself stay on that path.)

According to the Dalai Lama, if you struggle with building your motivation to change, you may need to take better care of your physical body so you’re more capable—for instance by going to fewer parties that leave you tired the next day.

(Shortform note: Countless self-help books echo the recommendation to take better care of yourself to improve. In the classic The 7 Habits of Highly Effective People, Stephen Covey argues that by adopting seven personal habits, including listening better, taking initiative, and prioritizing efficiently, you become a more effective human—in other words, more able to accomplish your goals.)

Anger: Develop Your Motivation to Be Less Angry

According to the Dalai Lama, to be less angry, develop your motivation to become patient and tolerant—cures for anger and hatred. The greater your motivation to strengthen these positive emotions, the easier it will be to change your mindset.

(Shortform note: The Dalai Lama recommends fostering patience and tolerance but doesn’t elaborate on how to do this. Build patience by, for instance, finishing one task before moving on to the next. Cultivate tolerance by becoming aware of your conditioned beliefs and how those affect your tolerance for other behaviors or beliefs.)

Anxiety: Develop Your Motivation to Be Less Anxious

Cultivating a Positive Mindset Is a Difficult, Long-Term Process

As you cultivate a happiness mindset, set realistic expectations for yourself, advises the Dalai Lama. Change comes about incrementally and requires effort. Being realistic doesn’t mean losing sight of your ultimate goal—happiness—but don’t expect to achieve it right away. The Dalai Lama believes that even if you can make only sporadic progress towards a happiness mindset, you’re succeeding.

(Shortform note: The Dalai Lama here advises you not to expect too much too soon on your path toward achieving a happiness mindset. If you still feel the need to keep track of your progress, though, set small happiness-related goals for yourself. In The Magic of Thinking Big, David J. Schwartz argues that large goals are reached through a series of smaller goals. Achieving a series of small goals gives you a sense of accomplishment and motivates you to stay on the path toward your ultimate goal—in this case, happiness.)

If you still feel that you aren’t making enough progress, zoom out and take a longer-term view, suggests the Dalai Lama. This may help you see that you’ve made strides: You may realize that you’ve become significantly less anxious than you were a year ago, for instance. (Shortform note: You can maintain the longer-term view the Dalai Lama recommends by writing down your goals and progress toward them and keeping this documentation in an easy-to-see place. This gives you a constant, visual reminder of your long-term progress.)

How to Develop a Positive Mindset

The Elusive Nature of Your True Self 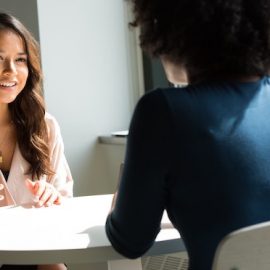 How to Be an Empowering Coach: Ask This Question 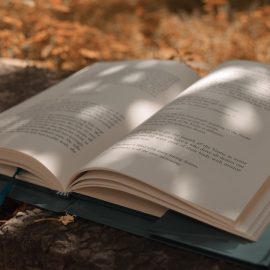 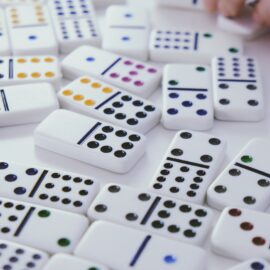