Are you looking for The Art of Happiness quotes by the Dalai Lama and Howard C. Cutler? What are some of the most noteworthy passages worth revisiting?

In The Art of Happiness, you’ll walk with the Dalai Lama, Nobel Peace Prize winner and spiritual leader of Tibet, down the Buddhist path toward happiness. According to him, you have the power to bring more happiness into your life by simply training yourself to be happier.

Here’s a selection of passages with explanations to help you put them into context.

In The Art of Happiness, the Dalai Lama and psychiatrist Howard C. Cutler outline the Dalai Lama’s beliefs on how to achieve greater happiness in life—by training yourself to be happier. The Dalai Lama’s advice for achieving happiness is unique in its simplicity and flexibility. You won’t find elaborate rules or 3-month happiness plans here, because he suggests ways to build happiness that are obvious and even self-explanatory: be empathetic, accept your suffering, learn about your mind.

The following The Art of Happiness quotes highlight some of the key ideas:

“Our attitude towards suffering becomes very important because it can affect how we cope with suffering when it arises.”

Acceptance of suffering is the first, integral step toward eliminating it, says the Dalai Lama. Accepting suffering keeps you from imposing additional layers of suffering on yourself. Much of your suffering stems simply from the belief that you don’t deserve to suffer. Understanding that suffering must happen frees you from the painful feelings that things should be different.

For instance, if you miss your train, you might suffer a little from the inconvenience of getting home later. But you dramatically increase your suffering by adding on feelings that it’s unfair that you missed the train, that the train service is attacking you, and so on.

“In accepting that suffering is a part of your daily existence, you could begin by examining the factors that normally give rise of feelings of discontent and mental unhappiness.”

Beyond accepting suffering, also understand it, advises the Dalai Lama. Reflect on what makes you suffer and why. When you put your finger on it, formless suffering takes shape. You then can reduce or eliminate it.

“Compassion can be roughly defined in terms of a state of mind that is nonviolent, nonharming, and nonaggressive. It is a mental attitude based on the wish for others to be free of their suffering and is associated with a sense of commitment, responsibility, and respect towards others.”

The Dalai Lama believes that compassion is a mindset that wishes others well, eschews negative thoughts toward others, and is rooted in a feeling of responsibility toward others. Compassion also encompasses the wish for oneself to be well. The best way to foster compassion is to develop empathy, says the Dalai Lama: the capacity to understand another’s pain and suffering. To do this, put yourself in the shoes of that person. Think about what their pain is like. If you struggle with this, imagine the suffering of someone or something you love dearly, like a family member. Once you’ve awakened your empathy, apply it to all sentient beings. 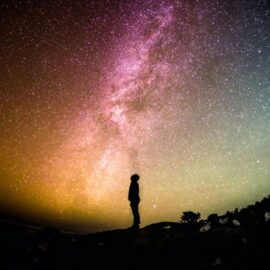