What does it mean to be closeted? How is this explored in the book Fun Home?

Throughout most of Fun Home, Alison makes it clear that her father was a closeted gay or bisexual man. Later, Alison comes out to her family as a lesbian.

Read more about how Alison Bechdel explores what it means to be closeted, through her own experience and through her father.

When Alison came out to her father, he didn’t seem upset. In fact, he encouraged her to explore while in college but didn’t want her to label herself a “lesbian.” In a letter he wrote to her shortly after she came out, her father talked as if she already knew about his sexuality. While he never directly said that he was gay or bisexual, he talked about how he thought about putting a label on his sexuality for years, but never did. He disclosed his envy of the “freedom” Alison and her contemporaries had to express their sexuality in the 80s, while her father was closeted completely.

When Alison returned home for the first time after coming out, her mother revealed many of her father’s transgressions. While sharing a bottle of wine, her mother explained the affairs her father had when they spent time in New York. She talked about his out-of-control behaviors such as shoplifting and speeding. She eventually told Alison of her plan to leave her father, a plan that Alison supported.

While home from school, Alison and her father went to see a movie. On the car ride to the theater, Alison asked her father if he gave her the Colette book as a way of reaching out about her sexuality. While he claimed that he didn’t, he said that he had his suspicions about her being closeted LGBT.

Then, Alison’s father opened up a little about his experiences with men. He said that his first time was when he was fourteen with a man at the Fun Home. He also said that he used to dress up in girl’s clothing, just like Alison used to dress up in boy’s clothing. Though the conversation didn’t delve any deeper, Alison felt as though they had finally discussed the unspoken bond they shared over their sexuality. They never discussed it again, but Alison suspected he was closeted LGBT.

Following Alison and her father’s conversation, Alison continued to connect with her father. In fact, the night before he died, a friend of the family remarked that their closeness was unusual. Although her father was like the figure of Icarus, a figure falling from grace because of his recklessness, he was there to catch and support her when she made the leap into her sexuality, though he was still closeted.

The Odyssey (Homer) and Ulysses (Joyce)

The Odyssey is an epic poem written by Greek poet Homer, who tells the story of Odysseus as he overcomes massive obstacles to return home to his wife, Penelope, in Ithaca. Ulysses is a novel by the acclaimed Irish novelist James Joyce. In Ulysses, Joyce parallels the journey of his protagonist, Leopold Bloom, to that of Odysseus in Homer’s epic poem. Alison relates many of her later experiences with her father to Joyce’s novel.

In Ulysses, Bloom has a moment of reconciliation with his friend Stephen. Though this moment is a direct parallel to the moment of reconnection between Odysseus and his son Telemachus when the hero returns to Ithaca, there is much less emotion than in Homer’s work. Alison calls her moment with her father in the car their “Ithaca moment.” She compares it more directly to Joyce’s work as their reconciliation was not as emotional as in Homer’s epic.

At one point in Ulysses, Bloom contemplates the death of his father, Rudolph, who had left a note and then killed himself because of the persecution he experienced as a Jewish man. Though her father didn’t leave a note, she compares her father’s death as a closeted man in Beech Creek, PA to that of Rudolph as a Jewish man in anti-Semitic Dublin. 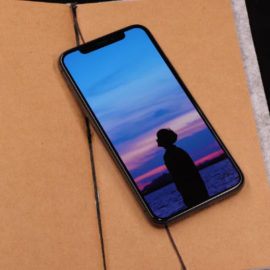 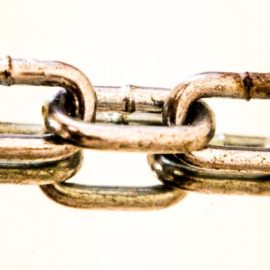 Endless Chain Method: Are You Fooled by Name-Dropping?