What did Edward Snowden do after CIA Training? What happens at training to be a telecommunications information systems officer (TISO)? How did complaints secure Edward Snowden Geneva instead of his preferred post?

CIA training is conducted at a placed called the Hill. The training program for TISOs Ed Snowden went to included work with a variety of older technologies. Read more about CIA training, Edward Snowden, Geneva offices, and what Ed took away from all of it.

Ed went to the Hill for CIA training to be a TISO. Ed, like other students, lived in a dilapidated Comfort Inn hotel during the six-month training period.

Ed’s classes were about all things technology. For example, he once had to haul an eighty-pound suitcase of Cold War-era communications gear up the roof of a building. Then, using only a sheet of coordinates and a compass, he had to find CIA stealth satellites and send CIA headquarters a radio message. He also learned about Van Eck phreaking (mirroring someone else’s monitor), how to service cables (physical cables connecting agency sites underground and underwater), and terminals (computers). Ed’s was the last year that TISOs studied these older technologies.

One day, the stairs at the Comfort Inn collapsed. This was a turning point—many of Ed’s classmates had been concerned about how the school’s administration was violating federal labor laws by requiring unpaid overtime, refusing to honor family benefits, or denying leave. Ed wasn’t too bothered because he was used to this kind of exploitation in the industry, but some of his older classmates weren’t having it. Ed’s classmates approached him and asked him to talk to the school’s head about their concerns because he was well-liked.

Ed agreed, partly because he valued justice, partly because it sounded fun. He wrote an email to the school’s head, who told him that the class would have to just suck it up for the remaining 12 weeks of the program. At this point, his classmates gave up. They were used to broken management and didn’t have the time to keep making a fuss. Ed, however, was now fueled by justice, and wrote an email to the school head’s boss, and then his boss.

Ed’s emails improved conditions at CIA training a lot; however, he’d violated the chain of command and caused his superiors to question his loyalty to the mission. Instead of posting him to the Special Requirements Division, where he’d hoped to work, they sent him to Geneva.

CIA Training and Edward Snowden: Geneva Was Not the Only Result

Other lasting impacts of CIA training include the experience of indoctrination and learning to blend in.

On their first day, contract technologist employees go to a session called Indoc, short for indoctrination. The session has a few goals:

How to Be Ordinary

For Edward Snowden, Geneva and other locations may be unfamiliar. But the intelligence community tries to get all its employees to be “ordinary.” As an employee, you try to be just like everyone else, act the same, talk the same, drive the same boring car, live in an ordinary house, wear mainstream clothing, and so on. Your thrills come from successfully convincing others that you’re just like them. This self-denial can have a profound effect on your psychology. As you learn more about others, so you can copy it, you forget bits of yourself, including things like politics.

Ed worked as a TISO at the US embassy in Geneva for almost three years. Geneva was home to many important world organizations such as the EU, the World Trade Organization, and CERN. As a result, the Geneva embassy piloted the most up-and-coming programs and technology, and Ed began to learn more about how big-picture intelligence and surveillance worked.

For Edward Snowden, Geneva Was Good for Relationship With Lindsay

While Ed was training, he rarely talked to Lindsay on the phone or went to visit her. Now that she’d finished school, she moved to Geneva to join him. 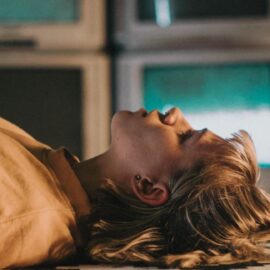 What are the Elements of a Story? King Explains

How to Promote Employees: A Merit-Based System