How do you understand intimacy? What’s the key to building emotional intimacy?

Humans have defined intimacy differently across cultures and time, and there’s no overarching definition. In their book The Art of Happiness, Cutler and the Dalai Lama propose that an intimate relationship is one in which you’re open with the other person and experience a connection.

Keep reading to learn about the two keys to building emotional intimacy: compassion and a solid foundation.

The Benefits of Intimacy

(Shortform note: The Dalai Lama recommends forming intimate relationships with many people. You can view this alternatively as widening your social network, which makes you not only happier but also more connected. Widening your network might entail transforming what would otherwise be a meaningless interaction into an opportunity to connect. When you make this effort, the interaction can leave you feeling as emotionally satisfied as a chat with a confidant.)

From a scientific perspective, Cutler writes that intimacy promotes both physical and psychological health. It also prevents the anxiety that separation and alienation foster.

(Shortform note: Cutler argues for the benefits of intimacy, but it can be intimidating to establish intimacy because this demands time. If you feel overwhelmed by the prospect of being emotionally intimate, consider that intimacy doesn’t have to mean being someone’s die-hard best friend. Instead, just focus on establishing a connection and being yourself.)

The Dalai Lama clarifies that there’s no magic formula for building emotional intimacy. However, two necessary ingredients go into building it: compassion and a solid foundation. Let’s look at each individually.

1. Form Many Intimate Relationships by Being Compassionate

(Shortorm note: The Dalai Lama advises you to approach everyone with compassion, so you always create at least the possibility for connection. But sometimes, despite being compassionate, you simply can’t connect with someone. In such cases, being curious about the other person can lead to them opening up about themselves.)

The Dalai Lama believes that compassion is a mindset that wishes others well, eschews negative thoughts toward others, and is rooted in a feeling of responsibility toward others. Compassion also encompasses the wish for oneself to be well.

(Shortform note: Others have defined compassion in different terms than the Dalai Lama: Some believe compassion is an understanding of someone’s suffering and a related desire to help alleviate it. Compassion, therefore, could be empathy (the ability to feel someone’s pain—we’ll cover this in the next section) combined with action.)

The Dalai Lama doesn’t promise that cultivating compassion will always allow everyone to connect. Some people grew up in difficult circumstances that make compassion hard, and in general, you usually can’t always be totally compassionate. However, the Dalai Lama feels that as long as you make an effort, you can feel good about having tried.

(Shortform note: As the Dalai Lama proposes, it’s impossible to be fully compassionate in every possible situation, in large part due to our upbringing. Anger in parents, for instance, can lead to increased aggression and reduced empathy in their children. Unless counteracted, this carries on into adulthood and can make it difficult for adults to access compassion.)

2. Form Many Intimate Relationships by Building Them on a Solid Foundation

(Shortform note: As the Dalai Lama suggests, the lusty feelings that may draw two people together romantically eventually pass. This is because the initial thrill of “falling in love” is caused by neurotransmitters, whose job it is to encourage couples to procreate. Once this has had a chance to occur, lust fades, and relationships can only survive if there’s true respect and appreciation between partners.) 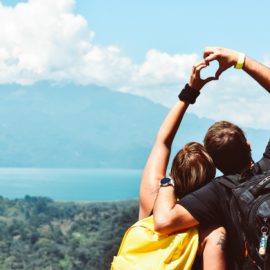 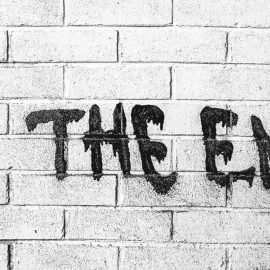