Are you looking for The Anatomy of Peace quotes by the Arbinger Institute? What are some of the most noteworthy passages worth revisiting?

In The Anatomy of Peace, the Arbinger Institute offers an outward-focused perspective on interpersonal conflict. Conflicts, the Institute explains, arise when a lifetime of self-deception—of mentally re-framing events until they justify our actions—leads to a twisted worldview in which we see others as obstacles, rather than people.

Here are some quotes and passages highlighting the book’s key concepts and ideas.

The Anatomy of Peace: Quotes and Passages

In The Anatomy of Peace, the Arbinger Institute—a leading consultant in conflict resolution, mindset change, and leadership training since 1979—discusses how we perpetuate conflict by misunderstanding its cause and acting inappropriately as a result.

By detailing the mechanics of the conflict mindset, the Institute shows us how we make conflict worse, how we invite the mistreatment we desire an end to, and how we blind ourselves to the true causes of our interpersonal problems.

The following The Anatomy of Peace quotes highlight some of the key teachings from the Arbinger Institute.

“…no conflict can be solved so long as all parties are convinced they are right. Solution is possible only when at least one party begins to consider how he might be wrong.”

When it comes to handling conflict, it doesn’t so much matter if you are right or wrong. You can be right in principle, the Institute says, but if your mindset is wrong, it doesn’t practically matter that your position is technically correct. Arbinger notes that while there may be a lot we disagree with others about, the way we disagree affects how we see each other going forward.

“Most problems in life are not solved merely by correction.”

In conflict, we tend to focus our interactions with others on trying to get them to change by correcting their behavior, and that doesn’t work. According to the Arbinger Institute, there are two main problems with trying to correct the people you’re in conflict with:

You’re trying to correct things that have already gone wrong instead of being proactive and preventing them from going wrong in the first place.

“In every moment…we choose to see others either as people like ourselves or as objects. They either count like we do or they don’t.”

It’s impossible for us to resolve a conflict if we’re not seeing others as people. This is the core issue of the combative mindset, according to Arbinger: We know people aren’t objects, but we choose to treat them as objects anyway. We lie to ourselves and ignore the truth of the situation. The Institute tells us that this mindset is a result of self-betrayal. Understanding self-betrayal helps us identify the ways in which we are feeding our conflicts.

“The way we can know if we’ve betrayed ourselves is by whether we are still desiring to be helpful.”

Arbinger explains that the concept of self-betrayal relies on understanding that humans have certain innate desires. Evolutionary scientists often argue that the success of our species is largely the result of a desire to help, protect, and care for one another. According to Arbinger, when we choose to behave in a way that doesn’t align with this desire, we self-betray.

Generally, Arbinger says, we make the choice to betray ourselves because we think it’ll cost us less time, energy, or effort—or because we think honoring our desire to do the right thing will lead to some discomfort we’d rather avoid. Maybe we choose not to help when we know we could, or we don’t speak up for ourselves or others when we feel we should.

Like what you just read? Read the rest of the world's best book summary and analysis of The Arbinger Institute's "The Anatomy of Peace" at Shortform .

Here's what you'll find in our full The Anatomy of Peace summary : 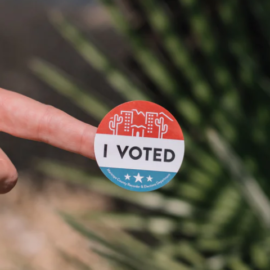 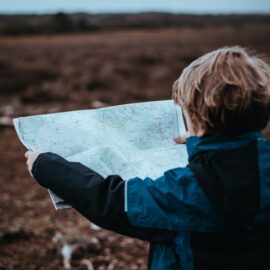 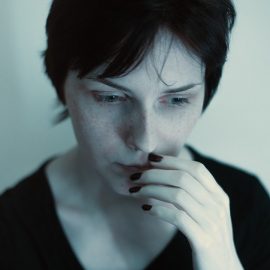 Is Fear Good? No—You Must Confront It & Send It Packing 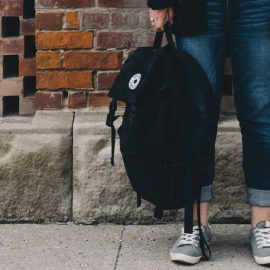