What are the top quotes from Brief Answers to the Big Questions? What did Hawking have to say about some of humanity’s biggest questions?

In Brief Answers to the Big Questions, prominent astrophysicist Stephen Hawking discusses science, philosophy, human destiny, and how they relate to each other. Writing at the end of his career, Hawking offers his readers some final words of wisdom on the issues he considers most important.

Below are the top Brief Answers to the Big Questions quotes—with explanations.

Theoretical physicist Stephen Hawking is best known for his expertise on black holes, quantum gravity, and general relativity, but his writing often addresses philosophical questions as well. In Brief Answers to the Big Questions, Hawking explains why he believes science can answer philosophical questions better than religion can. He then discusses where the human race came from and where he thinks we’re going. In particular, he highlights how colonizing outer space is important for the future of humankind.

Here are the top five Brief Answers to the Big Questions quotes:

“The human race does not have a very good record of intelligent behaviour.”

Hawkings wrote that maybe extraterrestrial life is common in the universe, but intelligent life is not. Hawking questions whether intelligence is really beneficial from the standpoint of Darwinian evolution. Maybe species that evolve sufficient intelligence to develop advanced weapons technology tend to bring about their own extinction through war. If intelligence tends to be an evolutionary dead-end, there may not be very many intelligent races in the universe at any given time.

“Why are we so worried about artificial intelligence? Surely humans are always able to pull the plug? People asked a computer, ‘Is there a God?’ And the computer said, ‘There is now,’ and fused the plug.”

According to Hawking, once AI algorithms become better at writing algorithms than human programmers are, they will begin to evolve at an exponentially increasing rate. From this point on, AI will be increasingly beyond our control, whether they become self-aware or not. So we need to make sure that any artificial intelligence we create will work for our good and not our harm.

“And one final point—we never really know where the next great scientific discovery will come from, nor who will make it. Opening up the thrill and wonder of scientific discovery, creating innovative and accessible ways to reach out to the widest young audience possible, greatly increases the chances of finding and inspiring the new Einstein. Wherever she might be.”

Why will scientific literacy be so important for our future wellbeing? Two issues that Hawking discusses, in particular, are the ongoing evolution of the human race and the expansion of human civilization into outer space. Both these issues present us with a variety of technical questions or challenges that have broad implications for society, and we will need a new generation of technical experts to develop solutions to these challenges. Furthermore, as society is faced with ethical and political decisions that increasingly have a technical element to them, even non-scientists will need an increased level of scientific literacy to understand the issues as they contribute to society’s decision-making process.

What caused the original singularity? Hawking says it didn’t need a cause because time itself began at the singularity. The theory of general relativity predicts that time slows down in regions of high gravity. At a singularity, gravity is infinitely strong because of the infinite density of matter at that point, so time stops entirely. And time is what delineates cause and effect, because causes must come before their effects. Time starts at the big bang singularity, so nothing can happen before it, and thus it can’t have a cause.

“If you believe in science, like I do, you believe that there are certain laws that are always obeyed. If you like, you can say the laws are the work of God, but that is more a definition of God than a proof of his existence.”

Hawking begins with a discussion of God, observing that the concept of God is closely related to the question of how the world began. He explains that our ancestors looked to religion for an explanation of the origin of the universe as well as how reality works in the present. In ancient times, people attributed the creation of the universe, the seasons, the phases of the moon, natural disasters, and many other things to the often-fickle actions of God or gods.

Hawking asserts that today, science provides better explanations for these phenomena than religion does, making the concept of God unnecessary. He doesn’t claim to have proof of God’s non-existence. But he says that the universe follows a set of inviolable natural laws, which would constrain the actions of any god who might exist, and therefore the existence of a god who could change the events of the world according to a personal whim, as many religions believe, would not be possible. Science is the study of these natural laws. As such, science gives you a better understanding of how the universe works and where it came from than religion does.

Hawking concedes that you could call the natural laws “God.” After all, they determine everything that happens in the universe, so they are omnipotent, in a sense. But he cautions that these laws are impersonal principles, unlike the personal, relatable gods that most religions depict. 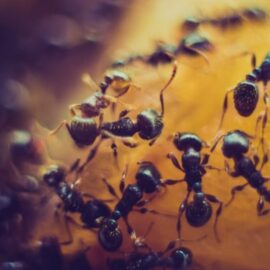