Why is shame so detrimental to our self-worth? What are Brené Brown’s five steps to developing shame resilience?

Shame is built on foundations of fear, self-hatred, and the sense that you’re not “enough.” Worthiness simply can’t flourish if you think this way. That’s why it’s imperative to develop shame resilience.

Continue reading for Brené Brown’s shame resilience guide from The Gifts of Imperfection.

Before we discuss Brené Brown’s shame resilience guide, we’ll first discuss why shame is so detrimental to your self-worth. Shame is the conviction that you will never be good enough, and that because of your flaws, you’re not lovable and will never belong.

Everyone experiences shame at some point; it’s an innate part of being human. It lurks in many places—for example, in our opinions of our bodies, our age, our sex lives, and our finances

You might feel that shame is, in some ways at least, a positive thing. You may believe that the fear of feeling it helps to “keep you in line” and discourages you from acting shamefully. However, any apparent benefits of shame pale in comparison to the harm it does to worthiness.

How Does Shame Prevent Worthiness From Developing?

Shame prevents worthiness from developing because it’s completely antithetical to everything worthiness represents. It’s built on foundations of fear, self-hatred, and the sense that you’re not “enough.” Worthiness simply can’t flourish if you think this way.

Likewise, shame encourages you to reject and hide parts of yourself that you think others will judge or dislike—for example, your flaws and your failures. It convinces you that people won’t like your flawed and complex true self. It also tells you that if you admit to your flaws, people will no longer be able to see all of the positive things about you. Instead, they’ll become overly focused on the bad. Therefore, you should hide your flaws at all costs.

How We Deal With Shame

Research has shown that we frequently deal with shame in three unhealthy ways:

None of these approaches to shame will help you to cultivate worthiness. They each go against the three key worthiness values of courage, compassion, and connection. Distancing yourself harms your connections with others, and goes against the idea of using ordinary courage to express your true feelings. Shaming people isn’t compassionate and will harm your connections with others. People-pleasing creates an uneven connection based on too much giving and not enough receiving.

A better, healthier way to overcome shame is to develop shame resilience. Having shame resilience means being able to identify shame as it occurs and move past it in a healthy way that protects your worthiness. For example, shame resilience may involve challenging the self-critical thoughts that shame triggers, or evaluating the validity of your shame.

To develop shame resilience, you need to follow five steps:

Step 1: Learn how shame manifests for you so that you can quickly identify and address it.

Do you experience physical sensations when you feel shame, such as a dry mouth or a pounding heart? Does shame make you fall into certain thought patterns—for example, “I’m not good enough” or “I’m a bad person”?

Step 3: Challenge the societal messages that equate imperfection with inadequacy. Reject the idea that if you make mistakes or have flaws, this automatically makes you “not enough” or shameful. Being imperfect shouldn’t be a source of shame. Everyone makes mistakes.

Step 4: Talk to someone trustworthy about your feelings of shame. If you refuse to talk about your shame, it will fester and consume you. However, discussing shame takes away its power. It gets the shame out of your mind and into the world, where you and others can address it.

Step 5: Avoid the unhealthy reactions to shame outlined above. Consider whether the unhealthy response that tempts you is going to reduce your shame or protect your worthiness. If it’s not, think of a better way to respond. For example, if you want to deal with shame by withdrawing from your loved ones, force yourself to reach out and talk to someone instead.

(Shortform note: For more on shame resilience, read our summary of Brené Brown’s Dare to Lead.)

One day, Brown received an email from a reader of her blog that criticized her photography skills. She felt shamed by this negative feedback. Initially, Brown decided to respond to this shame with aggression: she drafted many rude replies to the email that all shamed the sender in return.

However, something stopped Brown from actually sending the mean replies. Instead, she decided to call a friend to talk about the situation. When Brown told the friend about the rude responses that she’d drafted, the friend replied that she could never be so brave as to send those emails. Instead, she’d respond to this type of criticism by just crying for a while.

Brown thought about this. She realized that for her, sending a response that shamed her critic wasn’t actually a brave or healthy thing to do. Instead, the courageous way forward would be to let herself be upset about the email, but not reply to it, thus ending the cycle of shame.

In coming to this realization, Brown was practicing shame resilience. She recognized her shame; told others about it, and ultimately rejected destructive behavior.

Like what you just read? Read the rest of the world's best book summary and analysis of Brené Brown's "The Gifts of Imperfection" at Shortform.

Here's what you'll find in our full The Gifts of Imperfection summary: 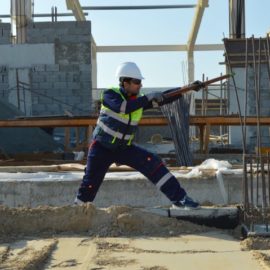 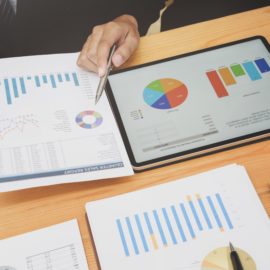 The Getting Things Done Method: 3 Skills You Need 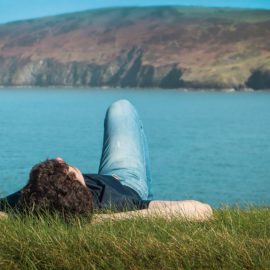