Brain on Fire is a true story. Susannah Cahalan suffered seizures, hallucinations, paranoia, and more without doctors able to diagnose her for a month.

See what happened in the Brain on Fire true story.

Susannah doesn’t remember her time in the hospital and needs to do research for the Brain on Fire true story. She and two colleagues from work attend a lecture Dr. Najjar is giving on anti-NMDA-receptor encephalitis. In the lecture, he uses Susannah as a case study. Though he never cites Susannah’s name, her colleagues recognize that the lecture is about Susannah.

That afternoon, the Post’s Sunday editor asks Susannah if she’d be willing to write the Brain on Fire true story as a first-person account of her illness. It’s the assignment Susannah has been hoping for.

She has four days to write the story. She interviews Stephen, her family, and Drs. Najjar and Dalmau. She learns many things in the course of her research:

To illustrate Susannah’s article, the photo editor wants to run images from the EEG videos taken during Susannah’s hospital stay. When Susannah sees herself onscreen, she shudders. There she is on camera, staring into the lens, her hair dirty, her hospital gown slipping off her shoulder. Her eyes blaze with manic fear, as if she’s staring into the face of death. She mouths a single word: “Please.”

Is Brain on Fire a true story? Susannah doesn’t even remember her time. Susannah is frightened by seeing herself so unhinged. What frightens her more, though, is the fact that emotions that once wracked her so completely have vanished entirely. The Susannah in the EEG video is a foreign entity to the Susannah writing about her own illness.

On October 4, Susannah’s article runs in the Post. She receives hundreds of emails from people who have the disease and want to know more about it. They don’t ask, “Is Brain on Fire a true story?” She receives phone calls from people who want a diagnosis from Susannah herself. Acknowledging how lucky she is to have recovered, Susannah is overwhelmed by survivor’s guilt. One man, whose wife is ill, calls Susannah and aggressively challenges, “Why did you get better while my wife’s still sick? Are you so sure you won’t get sick again?” Two weeks later, he calls back to tell Susannah that his wife is dead.

Yet Susannah receives other types of phone calls. One comes from Bill Gavigan, whose daughter fell ill and was routinely misdiagnosed for more than a year. The girl was saved only because Bill’s sister sent him a video of Susannah talking about the disease on the Today show, along with Susannah’s article in the Post. Bill gave the video and the article to his daughter’s neurologist, who immediately agreed to test Bill’s daughter for anti-NMDA-receptor encephalitis. The girl was diagnosed and treated by Dr. Dalmau’s colleagues. She made a complete recovery. On the phone, Bill tells Susannah, “Without you, our daughter would be dead.”

The Brain on Fire real story is translated into Arabic and published in multiple papers throughout the Middle East. Syria’s news agency publishes numerous stories of the Syrian boy who’d become a miracle doctor in the US. The Syrian ambassador to the UN congratulates Najjar personally. That same year, Najjar is designated one of the best neurologists in the US by New York Magazine.

Susannah returns to the Post full-time. She and Stephen move in together. In a few months, she feels comfortable in her own skin again. There’s no longer a gap between what she feels inside and how other people see her. She doesn’t struggle for words anymore. She feels in control. Most importantly, she’s regained her old sense of humor. 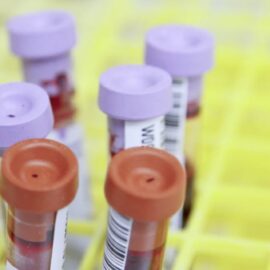 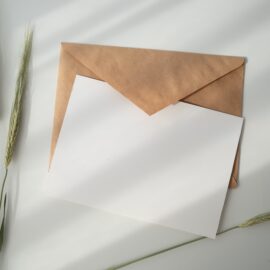