The Brain on Fire diagnosis was anti-NMDA-receptor encephalitis. After many tests, including a brain biopsy, doctors were able to give Susannah Cahalan an answer.

Read more about the Brain on Fire diagnosis and how doctors got there.

Susannah’s second spinal tap showed an increased white blood cell count, from 20 to 80. The doctors start looking for a source of infection in Susannah’s brain.

Dr. Najjar has a flash of insight: what if Susannah’s inflammation is the result of an autoimmune reaction? What if her own immune system is attacking her brain? He recalls a paper written by a Dr. Dalmau at the University of Pennsylvania, describing four young women stricken by a rare autoimmune disease. Could Susannah have the same “brain on fire” diagnosis?

Dr. Najjar has other questions, too, before being able to diagnose brain on fire. How much inflammation is there? Can her brain be saved?

He knows he can only answer these questions by removing a tiny portion of her brain for study, but he doesn’t know if Susannah’s parents will agree to such a drastic procedure.

The longer Susannah goes without intervention, the smaller her chances of recovering. Recognizing the gravity of the moment, Najjar paces around the room before sitting on the bed next to Susannah.

“Her brain is on fire,” he announces to Susannah’s parents. Then he turns to her and says, “I will do everything I can for you.” In the hallway, he tells them that the best way to treat her is to do a brain biopsy and confirm the Brain on Fire diagnosis. “I would do it if it were my child,” he gently cautions.

Two days before the surgery, the head nurse comes to Susannah’s room to describe what’s about to happen. Susannah listens calmly, but she and her dad break into tears that evening. As they laugh and cry together, he brings up the family motto. “What’s the slope of the line?” he asks. Susannah can’t remember. “Positive,” her dad urges. Susannah angles her arm upwards, as her dad had done the first time. “Getting better every day,” he smiles.

On Monday morning, Susannah is wheeled into surgery. She doesn’t react when a resident shaves her head. Interpreting this as a sign of strength, her dad kneels by the side of her bed, tears in his eyes, and asks once again, “What is the slope of the line?” This time she responds: “Positive.”

Brain biopsies are relatively simple compared to other forms of brain surgery, but they involve dangerous risks, such as infection or mistakes.

First the surgeon made an incision in Susannah’s scalp. He parted the skin and used a high-speed drill to create a 1-centimeter hole in the skull. He then used a bigger drill to grind the bone into dust to remove a 3-centimeter piece of bone plate.

This exposed the protective layer of Susannah’s brain. The surgeon removed a section, then removed 1 cubic centimeter of brain tissue, including white and gray matter.

With the tissue removed, the surgeon stopped the blood flow, stitched a graft onto the brain’s outer layer, sutured it, and reattached the piece of bone plate with screws and a metal plate. He finished by replacing the outer layer of skin in its original position and closing the scalp with staples.

The biopsy confirms that Susannah’s brain is inflamed, seemingly under attack by her own immune system. She’s put on the highest possible dose of intravenous steroids, but her condition doesn’t improve right away. Her panic attacks increase, accompanied by grimacing, shaking, and zombie-like arm motions, finally leading toward the Brain on Fire diagnosis.

Dr. Najjar believes Susannah has autoimmune encephalitis, which is close to the eventual Brain on Fire diagnosis. Dr. Russo thinks she has paraneoplastic syndrome, a condition associated with cancer: As the immune system attacks the cancer, it may also attack healthy tissue in the spine or brain, causing psychosis or catatonia. 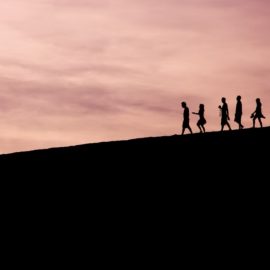