What is being institutionalized like? How does Piper Kerman describe this experience in Orange is the New Black?

In her memoir, Piper Kerman discusses details of being institutionalized, including her intake process and dealing with her homophobic counselor.

Read more about Piper Kerman’s experience being institutionalized and how she maintained her humanity.

Being Institutionalized: Piper Learns the Rules

After making it through the initial intake process, Piper was issued her prison uniform. It was standard-issue khaki prison garb, coarse and uncomfortable. Moreover, it was only her temporary uniform. Permanent uniforms wouldn’t be issued for a few days, so her clothes were different from what most of the other inmates were wearing—as if she didn’t already feel alone and isolated from everything she had ever known, now her clothes distinctly marked her out as a newcomer. Piper knew immediately that being institutionalized was not going to be easy.

Next, she met her counselor, an older male prison official named Butorsky. He had a softer tone toward her than did the COs who handled her intake, and Piper could tell that he was a man of some intelligence. He treated her with relative kindness, remarking upon how unusual it was for someone of her background and upbringing to have received a prison sentence at all. Much to Piper’s relief, Butorsky told her that what she had heard from the COs was not true—all the names on her visitor list were already cleared and Larry would be able to visit her that very weekend! Piper was grateful when Butorsky told her that he would help make sure all the paperwork was clear for Larry to come.

But there was, Piper quickly learned, a darker and more menacing side to Butorsky. He warned Piper to stay out of trouble and went on to express his disdain for the homosexual activity that took place inside the walls of the prison. He described himself as an old-fashioned traditionalist who had little patience or tolerance for lesbian relationships. Piper recognized his homophobia and had no idea if Butorsky knew about her bisexual history. She was unsure whether to take Butorsky’s anti-LGBT speech as a general warning he would have issued to anyone, or as a more pointed threat directed at her.

Rules and Regulations of Being Institutionalized

After her meeting with Butorsky, Piper went in a van to the camp where the minimum security facility was located. To her surprise, the driver of the van was an inmate named Minetta. Piper hadn’t thought that inmates would be allowed to operate vehicles on the premises. After arriving at camp, Piper was assigned to her bunk area and introduced to her bunkmates. The layout of the minimum security camp was not cell blocks with rows and rows of cages, as Piper had pictured. Instead, it was a series of open-concept bunks and common areas, somewhat more akin to a college dormitory.

Minetta showed Piper around and introduced her to the basic rhythms of prison life that all inmates were required to follow. These included daily inmate counts, which occurred at regular times throughout the day, during which prisoners were required to report to their assigned bunk and stand at attention so the COs could make sure that no one was missing.

Minetta also told Piper about the assigned meal times, which were staggered for different sections of the prison—Piper would eat dinner at 4:30 (ridiculously early for a hip New Yorker like Piper). Bizarrely, Piper also learned that in order to pass Butorsky’s rigid inspections, she would not be allowed to actually sleep in her bed under the bedding. She would need to make the bed and then sleep on top of it without getting under the covers. All in all, being institutionalized was a barrage of unfamiliar (and seemingly arbitrary) rules and regulations.

One of the more unpleasant features of Piper’s prison routine was her weekly check-in with Butorsky. He was in the habit of making homophobic and racist comments about other inmates, ideas which he (wrongly) believed Piper to be in sympathy with. He drew distinctions between people like himself and Piper, and the other inmates, whom he viewed as being inferior. He observed that “northerners” (a common euphemism for “white” among the prison staff) deserved the best jobs, like van driver.

Butorsky offered Piper, a fellow “northerner,” the coveted driver job, which was available with Minetta’s impending release. Piper, however, turned it down—the job, while not without its perks, was seen by the other inmates as the one reserved for the jailhouse snitch. She did not want to lose social standing with her fellow prisoners or do anything else to mark herself out as privileged or special. Piper was learning that being institutionalized was a careful dance of dealing with rules, people, and authority.

In prison, inmates were issued drab uniforms instead of being allowed to dress in their personal style, and issued numbers and called “inmate” by the COs, instead of receiving the dignity of being called by their real names. In such circumstances, incarcerated women at Danbury did everything they could to hold onto some sliver of their humanity and their individuality.

The prisoners operated a makeshift beauty salon on campus, where they could maintain their hair, nails, and makeup. Even in Danbury—especially at Danbury—Piper saw that these women maintained pride in their appearance. This was especially true if they were preparing for a visit. Indeed, one could tell who was expecting a visit from a loved one based on how much time they spent in the salon. Women also did whatever they could to sew alterations into their uniforms (strictly prohibited by the regulations) to better match their personal style. Sewing was a highly valued skill at Danbury and women who knew how to do alterations could make a fortune in the prison barter economy, trading their talent for commissary goods.

Piper certainly availed herself of these services, considering the barrage of visits she received on a continual basis from Larry, her mother, and her friends. Her mother was a particular source of strength. Piper knew that it was destroying her mother to see her daughter in prison, but she dutifully made the journeys down to Danbury to support her. Her father also made his best efforts to help Piper feel normal (or, at least, as normal as possible under the circumstances), eating M&Ms with her and listening to Piper explain the elaborate and baffling social system that was prison life. Still, it was clearly agonizing for him to see Piper behind bars and dealing with being institutionalized.

Connecting to the Outside

The inmates were always focused on who was being released from week to week. This served as a reminder that there was a light at the end of the tunnel, that their time at Danbury, too, would eventually end. An inmate being released was a victory for everyone. To celebrate these victories, prisoners organized “going away” parties, in which the soon-to-be-released inmate gave away their extra commissary items and clothes, while their friends prepared special send-off meals. These rituals were a crucial part of prison life and vital to maintaining one’s sanity.

The key was to avoid getting sucked into the petty drama and upheaval of prison life. Many women got into squabbles over what they would watch on television in the recreation room, who got to sit at what table in the dining room, or who cut who in line at the commissary. In prison, your reputation was one of the few things you could still control, especially if you were a “lifer” or serving a long sentence. Many inmates saw winning such struggles as vital for maintaining their self-respect.

As she spent more time in prison, Piper began to understand that prison had the power to break those who were unable to come to terms with their incarceration. This was true of every woman at Danbury, from every background—whether it was working-class women who rebelled furiously against any form of authority or upper-middle-class women like herself who bristled at the idea of being confined with (and forced to obey) people whom they considered to be their social inferiors. 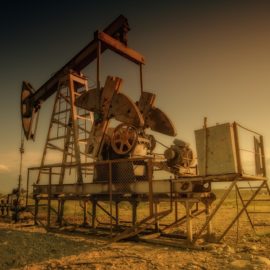 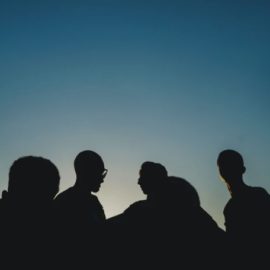