Tipping Points are all about small ways to make significant change. So-called Band-Aid solutions — despite the term’s negative connotations — can actually be the most effective strategies by taking focused, targeted action with the least amount of time, effort, and cost. Using a heavy amount of effort to tackle all aspects of a problem is not always possible or the best use of energy.

Why Band-Aid Solutions Are Effective

You see the phenomenon every flu season: Someone in your office catches a bug, and within a week it seems half her department is infected. In two weeks, there are people showing those same flu symptoms in every department, and by the end of the month half the office has caught the bug.

Ideas, messages, behaviors, and products can spread through a population in a social epidemic in the same way that viruses spread. Epidemics have a few common characteristics.

It can be hard to wrap our head around the notion that drastic change happens at one particular point because we tend to think that significant changes occur in a steady progression (e.g. a river doesn’t flood instantaneously when a storm hits; the water steadily rises over hours of heavy rain). But the tipping point is a critical moment when minor change makes all the difference (e.g. the moment the water crests the river bank).

Just as minor changes cause catastrophes, minor fixes, or Band-Aid solutions, can help tempter them.

The Power of Band-Aid Solutions

As we’ve discussed with the three rules of epidemics, you just need to pinpoint the right tweak (or tweaks) to tip an epidemic — whether it’s finding the right messenger, changing your presentation, or altering the context. These can all be effective Band-Aid solutions.

A nurse named Georgia Sadler launched a grassroots campaign to raise awareness about diabetes and breast cancer. She started by hosting seminars in black churches, but she found that the few people who attended already knew about the diseases, so she wasn’t reaching a new or large audience. However, when she moved the campaign from churches to beauty salons, she had epidemic success. Sadler changed the context by meeting people where they already were spending time (at the hair salon), instead of asking them to fit another commitment into their schedules. This was a Band-Aid solution, but an effective one.

Sadler capitalized on the existing relationships between hair stylists and their regular clients. The stylists were Connectors, so she trained them on information about the diseases that they could share with their clients. She also had a folklorist train the stylists in strategies to deliver the information in a compelling way, with conversation starters and other tidbits that made the information fit a typical salon conversation.

Sadler followed up by assessing how well her campaign was changing women’s attitudes and motivating them to get mammograms and diabetes tests, and she found that it was successful. (Shortform note: The book doesn’t offer any way of quantifying that success.) Band-Aid solutions are often successful in combatting issues directly and quickly.

Tipping points can be so unpredictable and volatile because humans — whose behavior must change in order for an epidemic to tip — are themselves unpredictable and subject to a wide variety of influencing forces. The volatility of tipping points, while potentially puzzling, is hopeful; with the right strategic action, you can create massive change. Sometimes Band-Aid solutions are that strategic action. 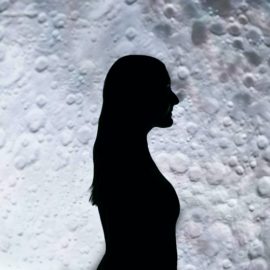