What are the most common “bad boss” characteristics? Why are they so common? What do they have to do with having a fixed mindset? And are you guilty of any of these bad boss characteristics?

We’ll cover the five most common bad boss characteristics to help you learn from the mistakes of other leaders (and perhaps feel better about the foibles of your own boss).

Bad Boss Characteristic #1: They Live in an Alternate Reality

Paradoxically, as their companies barrelled toward disaster, they felt invincible and entitled. As their companies faced real threats, they lived in an alternate reality. This is a signature bad manager trait as well.

For instance, while getting millions in compensation, Lay took huge personal loans from the company and used corporate jets as his personal family air service. Iacocca threw Christmas parties for the company elite, at which he presented himself with an expensive gift at company expense. In their worlds, they felt validated while their companies burned. Facing and addressing the problems would have entailed risks of failure they were unwilling to take. Denying the problem is one of the worst characteristics of bad managers and bad bosses.

Fixed-minded bosses also have a penchant for abusing employees. In his book, Brutal Bosses, Harvey Hornstein says that abusing others shores up a boss’s feelings of superiority, competence, and power. Skilling denigrated others, while those who worked with Levin compared him to Caligula. A former CEO of Sunbeam-Oster, Paul Kazarian, threw things at his executives. Fixed-mindset CEOs excuse this behavior by claiming to be perfectionists or wanting to keep people on their toes. Pleasing the boss becomes the employees’ priority. This is a huge problem of this bad boss trait.

What happens when two superstar CEOs with fixed mindsets combine their companies? Steve Case of AOL and Jerry Levin of Time Warner both felt superior, liked to intimidate, took others’ credit, refused to hear complaints, and fired critics. When they merged their companies, AOL was near ruin, but instead of working together to salvage it, they competed for power. Levin failed first and Case refused to work with the new CEO because he didn’t want to share power and credit — he’d rather let the company fail. When he finally was forced to resign, he denied responsibility for any problems. By the end of 2002, AOL Time Warner had lost nearly $100 billion in market value, the largest annual loss in U.S. history. Bad boss characteristics led to this devastating outcome.

Bad Boss Characteristic #4: They Need to Prove Their Worth Above all Else

After taking over Sunbeam in 1996, he fired 6,000 people and cut most stores. But in a sense, he was too successful — stock prices rose so much that the company was too expensive to sell. So he was stuck with running it. Instead of working hard and learning, he inflated revenue numbers, fired critics, and covered up the real numbers. In less than two years, the company failed and he was ousted due to his bad manager traits.

Bad Boss Characteristic #5: They’re too Focused on Their Egos

This “bad boss” characteristic is at the root of all the others.

However, Chrysler soon got into trouble again, while Iacocca focused on polishing his image. He spent money on things that would boost Chrysler’s stock to impress Wall Street instead of investing in new car designs and manufacturing efficiencies. He got rid of ambitious, intelligent people he felt threatened by.

Rather than responding to Japan’s innovative new cars with better ones, he made excuses and demanded the U.S. retaliate with tariffs. He spent lavishly on a corporate suite while morale in the company plummeted. The board finally grew fed up and got rid of him. These characteristics of bad managers and bad bosses are incredibly grim. Learn from their mistakes. 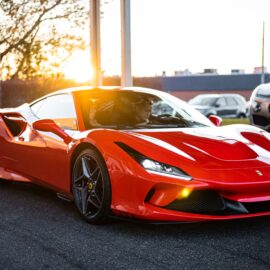 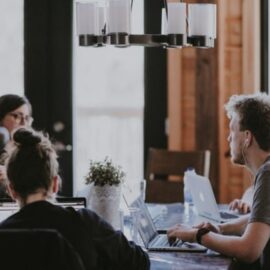 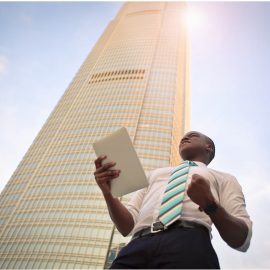 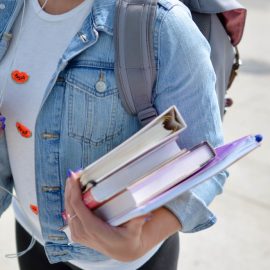 3 Tips for College Students: Shape Your Own Experience