Automatic savings is a strategy that makes saving money a passive activity. By not forcing yourself to remember and act in order to save, you encourage greater savings over a period of time.

What Is Automatic Savings?

Numerous studies have shown that employees are phenomenally poor at taking advantage of their employers’ retirement plans. One UK study concerning retirement plans that were fully funded by the employer—in other words, plans that didn’t require the employees to pay anything—found that only 51% of employees signed up. That’s tantamount to refusing free money!

Although there’s debate among economists about how much people need to save for retirement, many workers believe they’re saving too little: in one study, 68% of enrollees in a 401(k) believed their savings rate was too low. Because workers tend to want to save more but fail to do so—due to present financial pressures or diversions like temptation—a nudge here adheres to the noncoercive principles of libertarian paternalism.

One such nudge is to enroll workers in 401(k) plans automatically—in other words, to make 401(k) enrollment the default option and encourage automatic savings. One study found that, under an “opt-in” approach—meaning employees have to choose to enroll—participation in a particular retirement plan was 20% three months after hire, growing to 65% within thirty-six months. When the plan adopted automatic enrollment, new-employee enrollment jumped to 90% and grew to 96% within thirty-six months.

Another option in this vein is to make enrollment an “active decision”—that is, requiring new hires to check “yes” or “no” to a savings plan before receiving a paycheck—or simply making the enrollment process easier. In one study, when employees were presented with a “yes” or “no” decision to enroll in a plan with a default contribution rate and asset allocation, participation during the first four months of employment increased from 9% to 34%.

(To get already-enrolled employees to save more, firms might adjust their matching formulas: rather than match 50% up to 6% of the employee’s salary, they might match 30% up to 10%.)

Another way to nudge workers, especially younger ones, to increase their automatic savings rate is to adopt a program of escalating contribution percentages.

Developed by Thaler and another behavioral economist named Shlomo Benartzi, the Save More Tomorrow program ties contribution increases to pay raises. With each raise, an employee’s contribution to his or her retirement plan increases by a predetermined percentage.

In the pilot implementation of a Save More Tomorrow plan in 1998, researchers found that a large majority—nearly 80%—of employees who were resistant to increasing their savings rate immediately were amenable to the Save More Tomorrow option. As it turned out, the workers who opted into the program ended up saving the most among their colleagues; and when they maxed out their allowable contribution under the terms of the plan, they simply left their contribution at that maximum rate (the human tendency to inertia at work!). 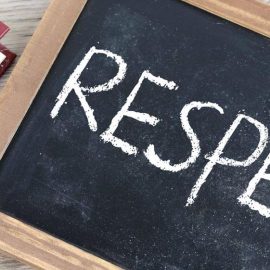 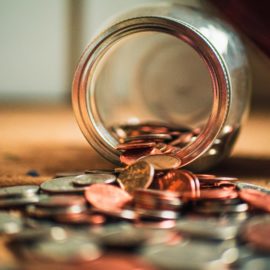 The 10 Signs That You Have a “Poor Mindset”