What is stage 9 of Joseph Campbell’s hero’s journey? What is the significance of the “atonement with the father”?

We’ll cover what the atonement with the father entails and look at two examples of this stage of the hero’s journey.

Stage 9: Atonement with the Father

In keeping with the Oedipal themes that run so strongly throughout so much mythology, the figure of the father-god is often a fearsome ogre whom the hero must either overcome or reconcile with. This is the stage of the atonement with the father. This echoes the psychological rivalry and subconscious hatred that Freudian psychoanalysts believe so many children (particularly young men) feel toward their fathers. The father is the archetypal enemy, because he is the original intruder who enters the infant’s life after the serenity and union with the mother (goddess) in utero. In Freudian terms, one cannot live a peaceful and productive emotional life as an adult without resolving these deep-rooted childhood conflicts.

We see the fearsome father figure and atonement-with-the-father stage in the Puritan tradition of early New England. These religious pilgrims to the New World believed in a vengeful, harsh version of the Christian God, who would not hesitate to inflict terrible torments on the unbelieving sinner. Yet they also believed in a vision of God as the redeemer, the figure through whose mercy one could be saved from the fate of eternal damnation and suffering.

In these atonement-with-the-father stories, the father represents the passage away from the comforting world of the nursery and into the world of adult responsibilities and manhood (he also represents the future husband for the female hero). The father must shepherd this stage of growth. This transformation is illustrated quite graphically in Australian tribal rites of circumcision performed by men on adolescent boys in ceremonies that are meant to mark their passage into manhood (in this case, the literal “liberation” of the penis from the “protection” of the foreskin). Alternatively, there can also be a ceremony in which the young male initiate consumes the flesh or blood of the elder male tribesmen, in order to imbibe their essence. Such rituals are practiced among the Yolngu indigenous people of Australia, but also have echoes in western mythology—perhaps most famously in the Christian rite of communion and the eating of the flesh and blood of Jesus.

Atonement with the Father Example: Twin Warriors of the Navajo

Often, it is a protective, nurturing mother-goddess figure who shields the hero from the wrath of the father and provides them with the charms or amulets they need to face the father.

We can see this theme if we return to the Navajo myth of Spider Woman and the Twin Warriors of the Navajo. Recall that these two young men set out to seek their father, the Sun. The supernatural Spider Woman gives them amulets and charms that she promises will subdue their enemies’ anger. In their journey, the twins survive encounters with crushing rocks and boiling sands until they reach the house of the Sun. They use Spider Woman’s spells to get past the fearsome dogs, serpents, winds, and lighting that guard the entrance.

When the Sun emerges, he seizes the twins and hurls them at spikes at the north, south, east, and west corners of his house. But the boys come bouncing right back, thanks to Spider Woman’s protection. He then shuts them up in an overheated sweatlodge, but still the twins survive, with help from the winds. As his last test, the Sun forces the twins to smoke a poison pipe—but a caterpillar gives them something to put in their mouths to block the smoke, enabling the brothers to pass the pipe back and forth harmlessly. At last the Sun relents, and admits that, indeed, he is their father. The Twin Heroes have won his confidence and respect.

Atonement with the Father Example: Phaethon

But the father must make sure that the son is truly worthy. In one famous Greek tale, Phaethon pleads with his father—the god Phoebus, driver of the solar chariot—to be able to take the reins and drive the chariot himself. Although initially reluctant, warning his impetuous son of the catastrophes that can result from untrained hands riding the chariot, Phoebus ultimately yields to Phaethon’s stubbornness.

This proves to be a grave mistake. Phaethon quickly loses control of the solar chariot, scorching the skies and igniting the earth. Finally, the Almighty Father Jove hurls a thunderbolt at the chariot, killing Phaethon and causing him to crash to the earth like a falling star. 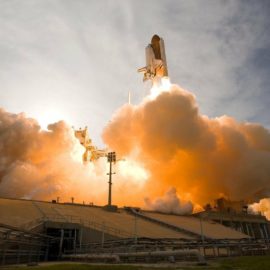 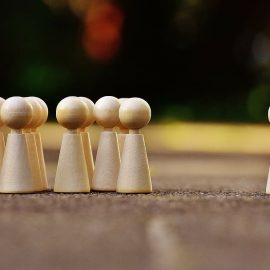