Why are some people opposed to technology? Are fears about artificial intelligence and bioterrorism valid?

Steven Pinker addresses some of the concerns of the anti-technology movement in his book Enlightenment Now. He says that it’s important to allay their fears because, not only are their fears unfounded, they stand in the way of progress.

In the context of societal well-being, Pinker turns to an enemy of Enlightenment that he discusses elsewhere in his book: the anti-technology movement. He says there are fears that technology will destroy us, but most of the major threats humanity has faced could actually have been avoided or solved with technology. And that’s still the case with the problems we face today. Some of those fears include artificial intelligence, bioterrorism and cyberterrorism, and nuclear technology.

Pinker argues that fears about artificial intelligence are simply irrational, because computers have to be programmed and operated by humans, so they cannot possibly evolve the way things in nature do. Because of this, he says, they’ll never have human-like motivations. So, this fear, in Pinker’s view, is simply based on irrationality: People need to use reason to counter these kinds of fears.

(Shortform note: Although scientists generally agree that computers likely can’t become sentient in the way humans are, there are other very real concerns. AI technology can certainly be used to manipulate people, and it can make dangerous mistakes—for example, self-driving cars or automated weapons can malfunction. There are also concerns about humans being susceptible to using AI technology to replace human interaction, which could have devastating effects on our relationships and identities.)

There are also widespread fears of attacks by biological weapons or cybersecurity attacks that could cause the collapse of civilization. Pinker argues that these fears are far overblown compared to the likelihood of them happening. Biological organisms like viruses, he says, are widely recognized as poor weapons, because once released they can’t be controlled, so the user can’t avoid becoming a victim of them. Cyberterrorist threats could cause a breakdown of technologies, but that certainly wouldn’t need to entail the collapse of civilization or anything so dramatic as people imagine.

(Shortform note: On the topic of the potential for biological warfare, a biophysicist notes that while it’s true that using biological weapons might be irrational because of the potential for backfire, there are plenty of people who don’t think rationally in the world. As far as the dangers of cyber-terrorist attacks, experts agree that fears are probably overblown, but they caution that younger generations will continue to be more tech-savvy, which means the threat may increase with time.)

Pinker says that, although nuclear technology itself can be used in positive ways, one technological threat is real: nuclear war. But fear-mongering is counterproductive, he says. It immobilizes people. People are more likely to try to solve problems if they think they’re solvable, so we need an approach somewhere between panic and apathy. Therefore, like all other challenges we face, we must address the nuclear threat with reason.

The Anti-Technology Movement: Putting Their Concerns to Rest 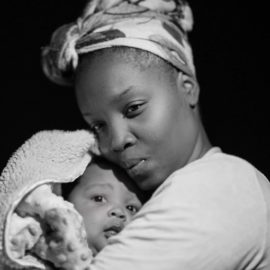 What Is the Tend-and-Befriend Response?