What causes anomalies in science? How do scientists deal with anomalous events that cannot be explained within the existing paradigm?

Recognizing anomalies in science is a key part of making new discoveries. When scientists discover an anomaly—that is an event or phenomenon that can’t be explained within the existing paradigm—they either brush it aside or establish a new paradigm where the anomalous event is then expected.

Keep reading to learn more about anomalies in science.

Dealing With Anomalies in Science

In attempting to resolve anomalies in science, scientists will push the rules of their current paradigm as far as they can go in an effort to see exactly where they break down. Once the breaking point is found, they will start speculating about new theories that can account for the anomaly. Then, if one of those theories holds up under scrutiny, it may form the basis of a revolution and a new paradigm.

A good example of this is Ptolemaic astronomy, which was the paradigm before Copernicus’s time. While it predicted most planetary movements correctly, small details such as when equinoxes would occur never quite lined up with reality.

Scientists kept making small adjustments over the course of centuries, until the system became so patchwork and so convoluted that it couldn’t possibly be right. This is a clear sign of a scientific system in crisis. Finally, Copernicus said that the Ptolemaic system had become a monster, and he rejected it entirely to replace it with his own model.

From Crisis to Theory

In the Copernican revolution and almost all others, new theories come about when scientists repeatedly fail to explain anomalies in science, often over the course of many years. However, while the failure takes a long time to reach the point that it can’t be ignored, the revolution often occurs relatively soon after that.

In many cases, there are only 10-20 years between the crisis point and the establishment of a new paradigm, replacing the old one. While that sounds like a long time, consider that in the previous example it took hundreds of years for scientists to admit the current system was failing. This short timeframe suggests that new theories come about as a direct result of scientific crises.

This may be because many of the key anomalies in science—the Ptolemaic system being the case in point—were considered to be solved already, or so close that it hardly mattered, needing only some slight adjustments to the paradigm. Therefore, when it turned out that those problems couldn’t be solved, scientists felt the failure very keenly and began looking elsewhere for answers.

One other common element of new theories is that they were frequently developed—at least to some extent—during a time when there was no crisis in that field; but they weren’t seriously considered until much later.

For example, the Greek astronomer Aristarchus first suggested a heliocentric model of the solar system in the 3rd century BC. However, since the then-current geocentric model explained the universe well enough, there was no need for his new idea and it was brushed aside. That would remain the case until many centuries later, when improved technology allowed astronomers to see things that the geocentric model couldn’t explain.

All scientific crises seem to resolve in one of three ways.

Paradigms must be based on theories. Scientific history, especially from the time before a given field has an established paradigm, shows that many competing theories can explain the same sets of data. Even so, normal science makes no effort to develop new theories, because there is no need for them as long as the current paradigm holds. That’s exactly why crises are so important to scientific advancement: They are the stimulus for scientists to break the rules and start looking outside of their paradigm for new ideas. 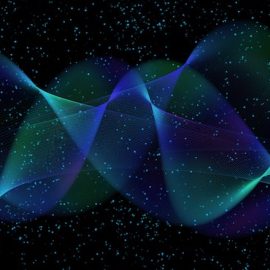 The Uncertainty Principle: What It Is & How It Works 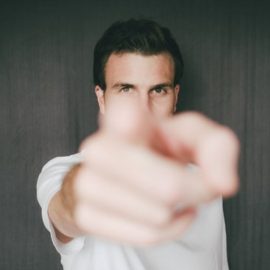 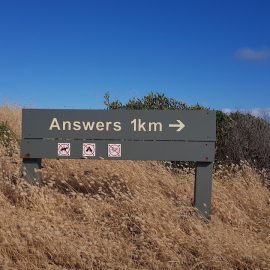 How to Ask the Right Questions: Targeting the Main Issue