Who was André Trocmé? And what can we learn from him about finding the advantages of disadvantages?

André Trocmé was a French pastor who preached pacifism and saved thousands of Jews during the Nazi occupation.

We’ll cover why André Trocmé and the townspeople of Le Chambon-sur-Lignon had the courage to stand up to the government, and what you can learn from his life story.

This is the story of the Vichy town of Le Chambon-sur-Lignon that openly defied the German Occupation government in France. The narrative ties together themes from throughout the book, including the principle of legitimacy, the advantages of disagreeableness, and the idea that courage can grow out of tragedy. It’s also the ultimate underdog story: A small town dares to challenge the Goliath of Naziism—and wins.

After France fell to Germany in 1940, the French government at Vichy revoked anti-semitism laws, revoked Jews’ rights, took away their jobs, and sent them to internment camps. The government also implemented a range of smaller changes impacting non-Jews: for instance, all school children had to participate in a full fascist salute of the French flag and teachers had to sign a loyalty oath to the state.

André Trocmé and the Resistance in Vichy

André Trocmé and the residents of Le Chambon-sur-Lignon refused to comply with any of these new orders.

For centuries, Le Chambon had been a haven for various refugee and outcast groups, primary among them the Huguenots. The local pastor, André Trocmé, was a pacifict, and he preached resistance of any government request that was contrary to the orders of the Gospel.

When a Vichy government official visited the town, expecting the usual banquet, march, and formal reception, the residents treated him coldly. A group of students read a letter, crafted with the help of André Trocmé, that informed the official, “We have Jews. You’re not getting them.”

1. Tragedy: André Trocmé’s Protestant ancestors had faced persecution for centuries. The Huguenot sect had been banned in France. In attempts to make practitioners return to Catholicism, French kings had imprisoned and massacred them. Because they had to worship in secret, the Huguenots learned to be evasive and tricky (much as American civil rights leaders learned the art of the trickster from Brer Rabbit stories passed down from their enslaved ancestors).

After a century of being outcasts (or worse), the community had learned that they could withstand terrifying events. They were no longer afraid. In this sense, they were “remote misses”: The French made the Huguenots stronger by trying, over a century, to obliterate them.

(Perhaps not incidentally, André Trocmé’s mother died when he was 10, another traumatic, and perhaps advantageous, event.)

Although Trocmé had a family to worry about and was generally careful to keep from getting caught, he didn’t really care if he was arrested. He was willing to die for his beliefs. The townspeople also didn’t care about the consequences doled out by the authorities.

How do you defeat an adversary who isn’t bothered by your punishments? The Huguenots’ indifference to retribution made them, as a community, invincible. The government could arrest and kill André Trocmé, but another of his community would rise to take his place.

3. The government was “illegitimate”: To the Huguenots, it was clear that the law wasn’t fair (it directly opposed the Gospel). Also, their community had lacked a voice in France for centuries, and you need to be heard to feel your government is legitimate.

Did the Nazis ever crack down on André Trocmé and the residents of Le Chambon?

Not really. Especially when the tide of the war began to turn in favor of the Allies, the Germans had bigger problems. They also may have realized that using the full extent of their power would backfire, creating even more resistance. Thousands of Jews survived because they were taken in by the residents of Le Chambon and the surrounding areas.

What can you learn from André Trocmé? Seeming disadvantages — such as tragedy, disagreeableness, and an illegitimate government — may offer advantages, if you know how to access them. 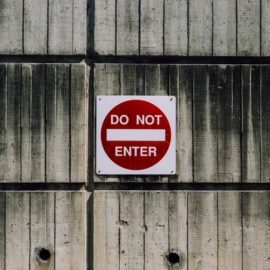