Is academic freedom in decline? How are health researchers and educators affected, and how does that affect the public?

We’ll cover how T. Colin Campbell, author of The China Study, felt his own academic freedom as a researcher and professor at Cornell was endangered, and how we all lose when researchers aren’t able to pursue their research projects free of influence from the government, industries, and their own administrations.

The Failed Ideals of Academia

Before we look at academic freedom in health research, let’s discuss how academic research influences other institutions.

Although Campbell highlights serious problems in the government, food and drug industries, and the medical establishment, he understands their motivations: Government officials need to be reelected to do their jobs, industries have a product to sell, and the medical establishment often depends on industries to finance education and research. They all have understandable reasons for occasionally promoting less-than-accurate data, especially when it comes to health and the food we eat.

Academia: The Source and the Link

What sector carries the most blame? According to Campbell, it’s academia. As the source of information, it may hold the most power. Food industries, medical centers, and the government rely on the research provided by the academic sector. They may exploit, disregard, bury, or manipulate that information, but academia is its origin.

Academia also has ties to these other institutions, its members helping develop health policies and working closely with the U.S. Department of Agriculture through outreach programs. It could use these ties to initiate change.

Universities are places valued for intellectual and academic freedom, collaboration, and original, unbiased research. University members are in the ideal position to influence the quality and spread of information. Are they falling short?

As adjunct employees, whose jobs are unstable, most researchers are now vulnerable to the desires of their employers. They can’t always do the research they want to do, the way they want to do it. This endangers academic freedom.

Most academics are blameless slaves to this system, but the few who take advantage of it for self-interested reasons and serve corporations rather than the public make it even harder for their colleagues to speak out. Those who happily cooperate with industries may end up with more powerful positions in the university, perpetuating the cycle.

Campbell has seen free speech decline firsthand at Cornell, where he spent 40 years of his academic career.

Campbell co-founded Cornell’s toxicology program, which for years was a star of the Division of Nutritional Sciences. Cornell’s communications department spent considerable energy relaying the program’s findings to the media, and articles about Campbell’s research appeared in many popular publications.

The director of Cornell’s Division of Nutritional Sciences was also the vice president of the Dannon Company, which sells dairy products. Presumably, he wasn’t happy about the China Study’s findings associating dairy with disease.

Imperiled Academic Freedom: Suppressing the Results of the China Study

Top administrators at Cornell attempted to prevent access to Campbell’s findings in numerous ways. First, a university official instructed Cornell’s communication team to stop publicizing Campbell’s work because the university didn’t endorse his views. Then, when Campbell took a year off from teaching his groundbreaking course on vegetarian nutrition, the director canceled the class and the director’s successor refused to reinstate it.

Three days before a scheduled lecture by Campbell and Dr. Esselstyn, a prominent researcher of plant-based diets, the director cancelled their room reservation and the director’s staff refused to reserve another space for the lecture. (The original room remained unused during the time slotted for the lecture.)

These and other interferences confirmed Campbell’s belief that academic freedom is disappearing.

Researchers are the source of the information used by the government, food industries, and medical schools. When researchers aren’t free to pursue ideas that challenge the status quo and push science forward, what chance do the other institutions have of disseminating good information?

Academic Freedom: Why Its Decline Hurts Us All 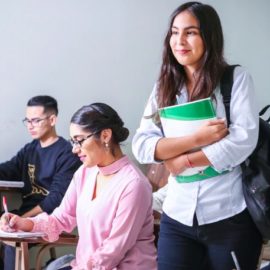