Who said, “A leader leads by example, not by force”? This quote comes from Sun Tzu’s The Art of War. How can you avoid force when managing your team?

We’ll cover how Tzu suggests that a leader lead by example, and we’ll also look at situations in which Tzu thinks that punishments are necessary to get your troops in line.

A Leader Leads by Example, Not by Force

You should gather your troops only after an assessment of yourself and your enemy has been made and victory is determined the likely outcome. If you gather troops too soon and have to redo the action down the line when you really need them, the public will be weary and less supportive.

However, gathering the troops is not all that is required to build a strong and successful force. In addition to leading by example, not by force, ensuring that the troops are rewarded for their efforts will breed motivation.

Likewise, punishments are just as useful as rewards in building the constitution of your force. Even Tzu admits that sometimes, it’s not enough for a leader to lead by example, not by force.

General Yang Su commanded during the Sui Dynasty (558 to 617 C.E.). He was known for his decisive leadership and swift executions of those who disobeyed his command. In preparation for battle, Yang would seek out troublemakers or those who’d erred for execution. This number could be as low as 12 men or as high as 100.

When it was time to engage in combat, he would send out hundreds of men to attack the enemy. If they failed, he would execute them and send another group. If they failed, the process was repeated. Everyone under his command understood the stakes of failure, and as a result, they always fought hard and were often successful in overtaking their opponents.

Generally, a leader leads by example, not by force. A good leader also takes stock of their troops and determines which are strong and which are weak.

A good leader knows that both rewards and punishments are required. One without the other leads to either a state of complacency or resentment, which negatively affects the troops ability to fight effectively.

A good leader fortifies their troops, ensuring they are fed and healthy, monopolizes on early energy and reserves energy for when it is needed, remains formless and mysterious in defense, and remains patient until the momentum and advantages are in their favor and the enemy shows vulnerability.

When a leader is organized and consistent in leadership, the strong and the weak come together to fight under the same umbrella. When they consider the terrain and take advantage with this combined force, victory is certain.

When the situation is dire and there is nothing left to lose, a good leader knows they don’t need to mobilize and encourage their forces. Everyone understands the stakes and fights with the same aim voluntarily.

The Leadership relates to the constitution of leaders and how it affects their ability to command successfully. A good leader should display the combined qualities of intelligence, trustworthiness, humaneness, courage, and sternness.

A leader leads by example, not by force. Victorious leaders plan their victories ahead of time before entering a conflict. Only after this foundation is set can adjustments be made strategically.

A good leader knows how to adapt to make any situation an advantageous one. You must have a flexible mind to be able to see advantages in the land and in your position and make use of them. If you maintain a constant stance or structure, you may also reveal your form and weakness of mind to the enemy, which puts your troops in harm.

Be willing to adapt your strategy accordingly depending on the circumstances. If you merely allow the momentum of forces to serve as a guide for action, your advantage will never change.

If you try to push your troops without the benefit of adaptation, even if your force is bigger, you will have a hard time gaining the trust of your troops. If your troops don’t trust your judgement, they won’t fight for you. In order for your troops to trust you, you need to be a leader who leads by example, not by force.

There are five ways you can do more harm than good as a leader.

A good leader always takes into account the dangers as well as the advantages when determining action. The mark of defeat is when a leader does not consider advantages and disadvantages. They either rush into battle, react too slowly, are susceptible to emotional disturbances, and fail to conceal strategies. For this leader, defeat is not an occurrence but a consequence.

There are six ways poor leadership leads to defeat.

The main quality of a good leader is how he conducts himself. Remember that a leader leads by example, not by force.

A Leader Leads by Example, Not by Force (Sun Tzu) 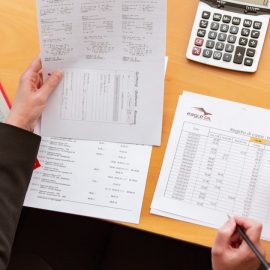 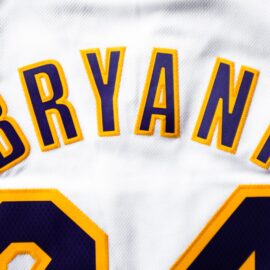