What are the 5 Laws of Stratospheric Success? How did Joe from The Go-Giver learn about these laws and how to apply them?

The 5 Laws of Stratospheric Success are the Law of Value, the Law of Compensation, the Law of Influence, the Law of Authenticity, and the Law of Receptivity. In the business parable The Go-Giver, the main character Joe learns about these laws and how to put each one into practice.

Continue on to learn more about the 5 Laws of Stratospheric Success.

The 5 Laws of Stratospheric Success

The Go-Giver by Bob Burg and John David Mann is a business parable that contradicts the notion that to be successful, you need to be a go-getter, a competitive hard-charger focused on getting new clients and making ever-bigger deals. Instead, the authors contend you should make giving rather than getting your first priority in business and in life—and success will follow. Becoming a “go-giver” means giving value to others, not as a strategy or quid pro quo, but as a way of leading a satisfying life.

In the parable—in which a mentor guides a frustrated go-getter named Joe to success and fulfillment—the authors explain why and how to become a go-giver by practicing The 5 Laws of Stratospheric Success.

The first of The 5 Laws of Stratospheric Success says: how much more you give others in value than you receive in payment defines your worth.

For Joe’s first lesson, they met with Ernesto Iafrate, owner of Iafrate’s Italian-American Cafe, one of a chain of restaurants Ernesto owned. Ernesto started his restaurant career with just a hot dog stand. Following the Law of Value—giving more in value than he received in payment—was the key to his success.

Ernesto gave exceptional value to his customers beyond the food they bought from him. He made buying a hot dog a memorable dining experience by building relationships with his customers—he remembered not only customers’ names and preferences, but their children’s names and birthdays as well as many details of their lives. Children brought their parents and parents brought their friends and associates to his stand. Several customers became Ernesto’s partners and he opened a chain of restaurants and began buying commercial real estate. His philosophy for running a great restaurant was providing better food and service than customers could pay for.

Joe questioned whether giving more in value than you get in return amounted to giving away money. Ernesto replied that asking whether something makes money is the wrong first question. He said the first question should be whether your enterprise serves and adds value to others. If the answer is yes, then ask whether it makes money. You should give, not as a strategy, but as a way of life. When you do, profits or other benefits follow because people want to do business with you.

2) The Law of Compensation

Your income depends on how many people you serve and how well you serve them.

Joe’s next meeting regarding The 5 Laws of Stratospheric Success was with Nicole Martin, CEO of a global educational software company. She explained that as a grade school teacher, she had invented some games to promote children’s curiosity and creativity. They worked so well that she wanted to enlarge her impact by sharing them with more children. With some investors, she started a company that ultimately brought her games to twenty-five million children.

Nicole told Joe that while the Law of Value determines your potential income, the Law of Compensation determines how much you actually earn. It states that your income depends on how many people you serve and how well you serve them—your impact. This means you determine your level of compensation—to increase your success, just serve more people. There’s no limit to what you can earn or achieve: Everyone can succeed because anyone can give.

3) The Law of Influence

Your influence (social capital) is determined by the extent to which you put others’ interests first.

Joe and Pindar next visited Sam Rosen, a financier and owner of the Liberty Life Insurance and Financial Services Company, the most successful financial services company in the world.

Sam told Joe that besides giving, a key to success is expanding your influence by building a network of people who know, like, and trust you—an “army of personal ambassadors,” who might not necessarily buy from you but who always have you in mind. With such an army, you’ll have a stream of referrals.

The way to create a network of personal ambassadors is to stop “keeping score”—that is, doing favors with the expectation that others will return the favors and keeping track of who “owes” you. The third law of success means rejecting quid pro quo and win-win scenarios where you each get something and instead putting the other person’s win first—focusing totally on her interests.

This approach generates success because if you put others’ interests first, your interests will always be taken care of because you build a reservoir of goodwill that ultimately benefits you.

4) The Law of Authenticity

The fourth of The 5 Laws of Stratospheric Success says that the most important thing you can offer is yourself.

Joe’s next visit was to an annual sales conference to hear a speech by Debra Davenport, the city’s top Realtor. But as she explained in her speech, her career was a failure until she applied the Law of Authenticity.

Debra was a hard worker but couldn’t manage to sell any houses. She heard a speech by Pindar on the importance of giving added value, but couldn’t think of any value she could offer. Discouraged, she planned to quit after one final home-showing appointment. Since it was her last sales effort, she abandoned all her techniques and just chatted with the female client about her interests and experiences. And the woman bought the house.

Debra realized she had added value by being a friend, by caring, and by making the client feel good about herself. She’d been authentic. Her career soon took off from there. Debra’s message to her conference audience was, the most important thing you can offer is yourself.

5) The Law of Receptivity

For effective giving, be open to receiving.

In Joe’s last lesson, Pindar explained the relationship between giving and receiving. Everyone learns the adage, “It’s better to give than to receive,” which is interpreted to mean that if you’re a good person, you give without thinking of receiving anything. However, Pindar asserted that the adage is wrong: it’s not better to give than to receive. It’s actually crazy to try to give and not receive because receiving naturally follows giving. They go together like inhaling and exhaling—you can’t do only one of them and one isn’t better than the other.

You have to choose to receive—or giving won’t create the success or results you want. You have to close the loop. Joe immediately grasped the concept. He observed that if you don’t receive, you’re refusing the gifts of others and you “shut down the flow.” Babies and children are receptive—in fact, they’re hungry to receive. But people tend to lose that quality later in life.

Joe concluded: the secret to success is giving and the secret to giving is being open to receiving. That, Pindar said, was the Law of Receptivity.

Like what you just read? Read the rest of the world's best book summary and analysis of Bob Burg and John D. Mann's "The Go-Giver" at Shortform .

Here's what you'll find in our full The Go-Giver summary : 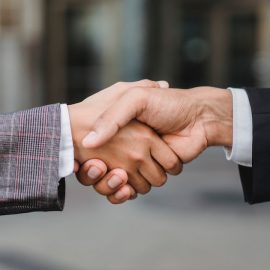 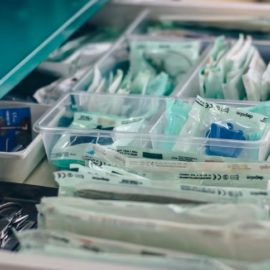 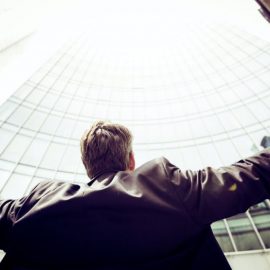 Business Capabilities: What Do You Need to Win? 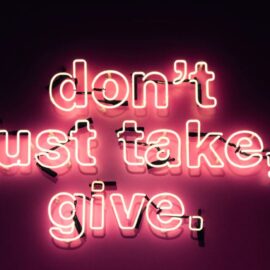