Are you looking for the best Unbroken quotes from the amazing true story of Louis Zamperini?

These four Unbroken quotes are about major themes in the book, like faith, resilience, and dignity. Read these Unbroken quotes to feel inspired by Louis’s life story, or for perspective on the limitlessness of the human spirit.

These select four Unbroken quotes have been chosen for their beauty, and for their importance in describing Louis’s life and situation. Each of these Unbroken book quotes is inspiring, but they are of course not the only notable quotes in Laura Hillenbrand’s Unbroken, the amazing life story of Louis Zamperini.

“Dignity is as essential to human life as water, food, and oxygen. The stubborn retention of it, even in the face of extreme physical hardship, can hold a man’s soul in his body long past the point at which the body should have surrendered it.”

The first of the Unbroken quotes is about the concept of human dignity. This quote is about Louis’s life in Omori prison camp, where he endured humiliation, torture, and starvation.

Louis fell into a deep despair back in the clutches of the Bird. The beatings were daily, and the winter passed in much the same way it had at Omori. Once again, the Bird decided that officers would have to work. They were assigned field duty, and although the walk to the fields was six miles each way, the work of digging and planting was nothing compared to the labor the enlisted men had to endure. The supervisor was friendly and allowed them to drink all they wanted from a fresh-water well. Even though the work violated the Geneva Convention, it got the men away from the Bird all day, which was a blessing.

However, one day, the field supervisor innocently joked that the Bird’s prisoners were lazy. Although the comment was made in jest, the Bird went into a rage and ordered the officers to work hard labor in the coal mines with everyone else.

Louis and the other officers shoveled and hauled coal day in and day out, with one estimate suggesting that each man hauled around four tons of coal a day. The guards pushed them to move faster and faster, and often the whole day would go by without food or the ability to stand up straight.

One day, Louis was hauling coal up a railcar ramp when a guard elbowed him in the side. Louis fell off the ramp and injured one ankle and knee so badly, he couldn’t put weight on that leg. Louis was relegated to the camp, which meant he was alone all day with the Bird. Because he wasn’t working, he only received a half ration of food. He was injured and starving and spiked a fever of 104.

Louis begged the Bird for work to increase his rations. The Bird assigned Louis to clean out the pig sty, providing no tools. Louis spent his days picking up pig feces with his hands and shoveling as much feed into his mouth as he could to stave off death. Out of everything he’d endured to date, this work was the thing that finally broke Louis. The only thing that kept him alive was the faint hope of rescue.

“A lifetime of glory is worth a moment of pain. Louie thought: Let go.”

The second of the Unbroken book quotes is about Louis’s experience in the Olympics. In this moment, Louis showcases his determination, and decides to be true to himself in his sport, no matter the cost.

Despite his confidence, Louis knew he was no real match for the strong competition in his event. The 5,000-meter race had been dominated by the Finns in the last four Olympics. Louis was young, unseasoned, out of practice, and overweight. He barely made fifth in his heat, just barely squeaking through to the final. He would need to improve his condition during the three days until the main event.

On the day of the race, Louis gathered at the starting line filled with fear. There were one hundred thousand people in attendance. His nervous energy almost caused him to start out too strong, but he pulled back, like he had at the trials, and paced himself with the middle of the pack. Lash and the Finns separated themselves as the early leaders.

Louis’s race did not go as planned. He became nauseous during the race because of a strong stench coming from one of the racer’s hair in front of him. To get away from it, he slowed and slipped back, but he couldn’t find his juice, not even when he felt it was time to start moving up. He slid into twelfth place.

As the race neared the end, Louis remembered something Pete had told him: “A lifetime of glory is worth a moment of pain.” Louis started to accelerate, digging deep into the track and himself. He took over many of the runners ahead of him and pushed himself over the line. He finished seventh but had run the race of his life.

“Such beauty, he thought, was too perfect to have come about by mere chance. That day in the center of the Pacific was, to him, a gift crafted deliberately, compassionately, for him and Phil. Joyful and grateful in the midst of slow dying, the two men bathed in that day until sunset brought is, and their time in the doldrums, to an end.”

Next on the list of Unbroken book quotes is Louis’s time lost at sea. This beautiful passage is about Louis’s state of mind while trapped on a raft. It shows his incredible capacity for hope, and later, when he adopted his strong faith principles, he views this moment as divine.

On their 33rd day lost at sea, one of Louis’s companions, Mac, died. Although Mac had originally put the men in a perilous state by eating the rations, his help on the rafts had been immeasurable. Louis and Phil held an impromptu service over Mac’s body before sliding him into the water. The next day, without realizing it, Louis and Phil surpassed the record for survival at sea.

With only two of them, there was more room and more rations to go around when they had some. But even with the extra water and bits of food, Louis and Phil continued to suffer. They were skin and bones, covered in sores, and dying from starvation.

Then, one morning, everything changed. Upon waking, Louis and Phil felt the stillness of the raft, as though stationary on land, and looked around to see a world bathed in placid blue from top to bottom. They had drifted into the doldrums, the colloquial sailor term for the Intertropical Convergence Zone, a swath of ocean near the equator where winds from the north and south converge, creating an intense stillness.

The silence and reflection of the sky on the mirror-like surface of the water transcended reality and brought a sense of peace to both men. Louis felt they had been provided a mystical gift in the midst of what had seemed like certain death. It was an auspicious moment, and the two soaked in the essence of that timeless space until sunset.

“When he thought of his history, what resonated with him now was not all that he had suffered but the divine love that he believed had intervened to save him.”

The last of the Unbroken quotes on this list is about Louis’s ability to forgive and move on. After struggling with PTSD for years and putting his family in jeopardy, Louis agrees to go see a young pastor named Billy Graham speak. There, he experiences a monumental change, and learns about how his faith kept him strong.

Louis saw the morning in the doldrums, when he was certain they’d been led there by divine intervention. He saw the wires entangling his body as the Green Hornet sank and waking to find them inexplicably fallen away. He saw the Japanese plane shooting at their rafts but not one of them hit. He saw the prison camps and all he’d endured. Then his mind landed on the memory scratching at the surface—praying in the raft and promising to serve God if he saved him.

At that moment, Louis felt rain falling from the sky as he hunkered down in the raft. The flashback stopped, and he was suddenly filled with light. When they returned home, Louis threw out every bottle of alcohol and vice he’d used during the last years of despair. That night, he didn’t dream of the Bird. He would never have a flashback or dream of the Bird again. 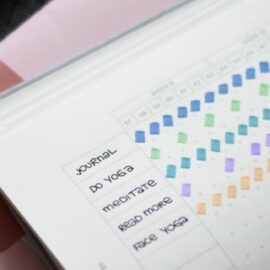 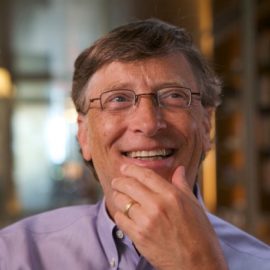