What was the 2009 stimulus? How did the government handle the financial crisis of 2008?

Read more about the 2009 stimulus, how it was decided, and how it affected the country.

The 2009 Stimulus: Rescuing the U.S. Economy

As important as these executive orders and early bills were, they were overshadowed by the one issue on the minds of every voter and politician: the collapsing state of the U.S. economy.

The Wall Street financial crisis had spilled over into the “real” economy. As the financial system crumbled, credit dried up and businesses across the country began canceling big investment projects and laying off employees. It was a classic collapse in aggregate demand. As more people were laid off or saw their wages and hours cut, they began to pull back their own spending. This, in turn, led to the economy shedding more jobs as businesses could no longer stay afloat with all of their customers simultaneously curbing their spending. This wave of job losses would trigger further reductions in consumer spending in a vicious cycle.

To anyone familiar with the thinking of economist John Maynard Keynes (1883-1946), the solution was clear. The government needed to use its fiscal resources to step in and act as the “spender of last resort.” With its ability to finance hundreds of billions of dollars in deficit spending, only the federal government had the resources to break this vicious cycle of private sector austerity, put money into the hands of consumers and business, and restart the economy.

This was the economic theory behind what was to become the Obama administration’s first major piece of legislation: the 2009 stimulus bill, officially known as the 2009 American Recovery and Reinvestment Act (ARRA).

(Shortform note: For a critique of the kind of Keynesian fiscal policy advocated by the Obama administration, explore our summary of Milton Friedman’s Capitalism and Freedom.)

The economic team in the Obama White House believed that, given the scale of the crisis, a stimulus bill on the order of $1 trillion would be necessary to restore the economy to full health. But chief of staff Rahm Emanuel and other political advisers balked at the high price tag of such a bill.

Emanuel, in his characteristically brusque style, warned Obama that there was, “no fucking way” that even a Democratic Congress would agree to that level of spending, especially after the public outrage at the extraordinary cost of TARP the previous fall. Democratic lawmakers in swing states and districts would be especially loath to be on the hook for voting for that large a spending bill.

Instead, Emanuel estimated that $700-800 billion was all the White House could expect to cajole out of the House and Senate—and even that would be a stretch. It was an important reminder for Obama and his supporters of how even what appeared to be the most urgent priorities for the nation still had to bend the knee to political reality.

Obama himself wanted to use the opportunity of the 2009 stimulus bill to make crucial long-term investments in key elements of the country’s infrastructure, such as improving the increasingly antiquated electrical and air-traffic control systems. But here, too, economic policy advisers like Larry Summers (director of the National Economic Council) had to shoot down that idea as well. Those sorts of projects, while important, would take time to identify, plan, and bring to fruition. And the one thing the administration didn’t have in those crucial early days was time. They needed projects that were shovel-ready and could begin pumping money into the economy immediately.

Obama accepted this argument and recognized that much of the stimulus would provide additional funding for well-established, existing programs that would be able to quickly put money in people’s pockets—unemployment insurance, food stamps, business and individual tax cuts, and aid to state and local governments.

GOP Resistance and the Failure of Bipartisanship

Despite objections from Democrats in Congress and in the administration, Obama’s unity message during the campaign had been genuine; he fully believed that big problems like the ones the country was facing required input from all parts of the political system.

Therefore, the president made it clear early in the process that he wanted Republican votes for the 2009 stimulus. He further believed that the bill would be more popular (and make it easier for wavering Democrats to support) if it had some measure of support from GOP lawmakers.

But these hopes of bipartisan support were dashed early on—a dynamic that would become a recurring feature of the Obama presidency. Republican leaders were not interested in cooperating with Obama; they were interested in breaking him. They recognized that in a highly polarized political system, their best path back to power was to make Obama and the Democrats as unpopular as possible by refusing to work with them on any major legislation—thereby handing Democrats the sole responsibility of taking tough votes.

They believed that any gestures toward bipartisanship would only benefit the Democrats. Thus, by withholding their support, the Republicans believed they could make Obama and his party “own” the economic crisis and sluggish recovery, providing fertile ground for a GOP comeback in the 2010 midterm elections.

The stimulus was the first test of this new Republican strategy. House Minority Leader John Boehner and Senate Minority Leader Mitch McConnell both exerted heavy pressure on their caucuses to refuse to cooperate with or even speak to members of the administration on crafting the stimulus. Chief of Staff Rahm Emanuel was outraged by what he saw as the sheer hypocrisy and audacity of the approach, as Republicans refused to work to help solve a crisis that had originally happened on their watch.

In the end, the ARRA passed the House on a strict party-line vote: zero Republicans voted for the bill. Although House Democrats enjoyed a healthy majority, it still took the skillful legislative and consensus-building skills of Speaker Nancy Pelosi to guide the bill to passage.

The Gang of Four

In the Senate, the math was a bit more complicated. Thanks to their strategy of no cooperation, the Republicans abused the power of the filibuster (an arcane Senate rule that requires a 60-vote supermajority to pass legislation) to grind all legislation to a halt.

Despite securing landslide victories in both the 2006 and 2008 election cycles, the Democrats had “only” 58 votes in the Senate—to break a filibuster, they would need Republican votes. As a practical matter, they would need three Republicans to get to 61 votes and get the bill through the Senate—providing a buffer so that no Republicans could be accused by the party’s fired-up base of having been the deciding vote for the stimulus.

The three Republicans the Obama team targeted were relative moderates: Susan Collins and Olympia Snowe of Maine and Arlen Specter of Pennsylvania. In addition, Democrat Ben Nelson of Nebraska (the most conservative member of the Democratic caucus) was seen as lukewarm to the stimulus and needed to be persuaded to vote for it.

Of course, this dynamic gave this gang of four enormous leverage over the final legislation, as they had the power to determine whether it would pass at all. For political reasons, they insisted that it be kept at under $800 billion. Despite the utter lack of economic logic to this demand, the administration had little choice but to accept it, and the $787 billion American Recovery and Reinvestment Act passed the Senate (by a 61-39 vote) and was signed into law by President Obama in February 2009. 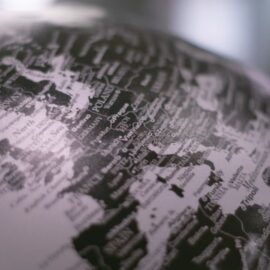 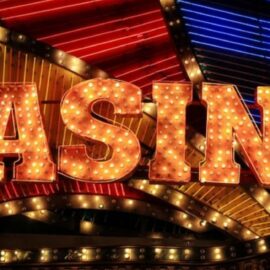