What was the 2002 MLB Draft strategy for the Oakland Athletics when they first adopted the Sabermetrics principles? How did it work out on Draft Day?

In order to shake up their organization, the Oakland Athletics had to go into the 2002 MLB draft with a sabermetrics-focused plan in mind. See how Billy Beane and the A’s approached Draft Day, and how this first Moneyball draft paid off.

By 1997, Billy Beane is the general manager of the Oakland A’s. Inspired to read James by former Oakland GM Sandy Alderson, Billy is determined to use James’s insights to build a winning A’s team. Moreover, sabermetrics will allow him to build a successful team on the cheap, as they offer a guide on how to identify undervalued players. The rest of the league can keep their marquee home run hitters and base stealers; Billy wants the guys who know how to get on base.

Billy has good reasons for defying baseball’s conventional wisdom. He had been the victim of wrongheaded ideas about what makes a successful baseball player. Scouts saw him make flashy plays during his high school playing days and then rushed him into a professional playing career that he never really wanted. He had failed partly due to his own insecurities and mental hang-ups, but also because he had been wrongly labeled a star. He’s determined not to make these mistakes in the 2002 Major League Baseball Draft.

Now, as GM, Billy is determined never to make the same mistakes that had been made with him. In the 2002 MLB draft, he will draft and sign players whose performances—measured by data over the long term, not the starry-eyed reports of scouts based on a handful of games—indicate that they are built for success in the major leagues. He will look for value in the types of players that are typically overlooked by other GMs.

By the 2002 Major League Baseball Draft, Billy has assembled a sabermetric-focused team in the front office, including assistant GM Paul DePodesta, who had graduated from Harvard with a degree in economics and never played professional baseball himself. As he grows into the GM role, Billy begins to run the team more in line with his principles, regardless of conventional wisdom. He is a micromanaging and almost autocratic GM, deferring very little to his scouting staff and even to the manager. Those who are new to the A’s organization quickly realize that Billy runs everything—trades, drafting decisions, scouting, and even tactical baseball decisions on the field.

In keeping with his principle of total control, Billy knows exactly which players he wants to select in the 2002 MLB draft. But they still must overcome the conventional wisdom and conservatism of the A’s scouting staff, many of whom are holdovers who have been with the team for years before Billy became GM.

As we’ve seen, player salaries had exploded since the 1970s. And by the time Billy Beane is at the helm of the Oakland A’s, the team’s ownership has stressed profitability above all else. The team is to be run on a shoestring budget, with cost containment the guiding principle. Thus, Billy must acquire effective players on the cheap. His acceptance of James’s sabermetric principles greatly helps him in this, empowering him and his staff to identify undervalued players that are overlooked by the other teams.

The emphasis on cost containment is why Billy Beane and his staff place such a strong emphasis on the entry draft. Unlike free agency bidding wars, the amateur 2002 Major League Baseball draft is where young talent is obtained for very little money. Under league rules, when a team drafts a player, they acquire the exclusive right to sign that player: if the player refuses to sign, they have no right to sign with another team unless they choose to reenter the draft. Once they sign, the team has the exclusive rights to their first seven years in the minor leagues and six in the majors.

Moreover, because these are young players directly out of high school or college, eager to play in the major leagues, and with no legal right to sign with a competing team, the team that drafts them has enormous leverage during the contract negotiation process. As a result, extraordinarily talented players coming directly from the draft can be signed for a fraction of what they would cost on the open market. For teams with deep pockets, the draft doesn’t matter so much—they can always afford to grab players through free agency, even though they often overpay and run their payrolls inefficiently. But for a stingy team like the Oakland A’s, the 2002 MLB Draft draft is their best shot at putting together a winning roster.

In 2002, the A’s hold seven picks in the first round. After having their 2001 roster picked clean through free agency by the free-spending, big-market teams like the Boston Red Sox and New York Yankees, the 2002 draft represents a remarkable opportunity for the Oakland A’s to replenish their roster. Billy Beane wants to maximize this opportunity. He has a wish list of 20 players he wants and is determined to make sure that they become Oakland A’s by the end of draft day. To do that, he must overcome the irrational biases of his own scouting staff, while outmaneuvering 29 other GMs.

Billy has keenly observed that players who are drafted directly out of high school have a demonstrably worse track record in the majors than college players. College athletes have played against superior opponents and played more games overall than their high school counterparts. Therefore, their statistics are both qualitatively and quantitatively better than those of high school players.

Billy had been burned by his scouting staff’s insistence on drafting high school players in the 2001 draft. The hype around these players had been based on little more than a handful of personal observations of high school games. The traditionalist scouts had, meanwhile, dismissed college players with solid stats for the most superficial reasons—their weight, their height, or their “attitude.”. Billy sees how much of professional baseball scouting is determined by these arbitrary and subjective evaluations. Based on his own experiences as a high school draftee, Paul DePodesta’s statistical analysis, and his insights from reading Bill James, Billy establishes a new rule for his club going into the 2002 MLB draft: no high school players.

The Oakland A’s 2002 MLB draft strategy paid off: the A’s made it to the playoffs that season. Some point to this 2002 MLB Draft as the “Moneyball” draft, and say the post-season appearance offers proof that it worked. 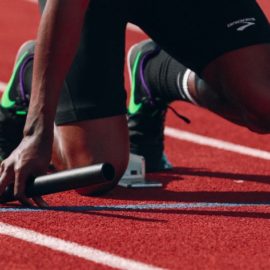 Gender in Sports: It’s Not So Black and White 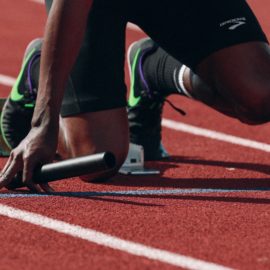 Speed in Sports: Nature or Nurture? 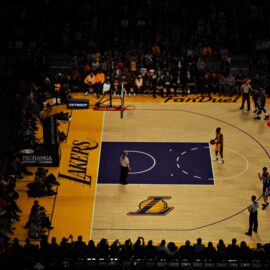 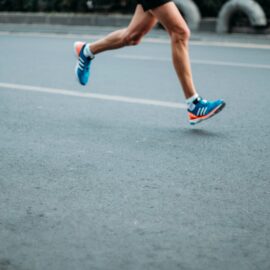 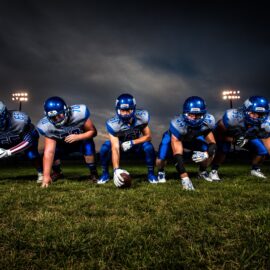