What is the best writing mindset? How can it help you get in the headspace to start writing and produce great work?

In On Writing: A Memoir of the Craft, author Stephen King describes his writing mindset. He also discusses other ways you can approach writing.

Read more about Stephen King’s writing mindset, and how it could work for you.

From here, King focuses on his practical advice to writers, using his personal writing experience to illustrate the point. We’ll start with general writing mindsets to help you think about writing.

One writing mindset is that writing is telepathy. Telepathy is the transmission of thoughts without any interaction. Telepathy has been the stuff of science fiction and also of vigorous scientific denial. Most people would confidently state that telepathy doesn’t exist.

Yet writing is telepathy. It is the magical beaming of ideas from one person, writing in some corner of the world at some time, to another person, without the two ever needing to be close enough to shake hands. Writing can take ideas from thousands of miles away and years in the past—even thousands of years—and implant them in your brain, as alive as they were when originally conceived.

To demonstrate this, King describes a scene. Imagine a table with a red table cloth. On it is a cage holding a white rabbit, which is happily eating a carrot. On the rabbit’s back is painted a blue number 8. See it?

All of a sudden, you and the author are imagining the very same thing. Never mind that he wrote this years ago in a place you’ve never been. At this time, you and Stephen King have joined your minds. He transmitted that picture of the rabbit in the cage with the number 8, and you received it, like a radio antenna. This is telepathy.

The Gradation of Writers and in The Writing Mindset

Writers fit into a pyramid of quality. Thinking about how you fit in as a writer can help you develop a writing mindset.

At the bottom are bad writers. They might violate basic elements of style, such as using passive voice and adverbs. They might write implausible plots and shallow characters. Often, bad writers don’t know that they’re bad.

Next level up are competent writers, a slightly smaller but still large group. These people seem more conscious of what makes for bad writing.

Next level up are good writers, a much smaller group. They understand the fundamentals of writing and have a good command of the tools in their toolkit. King places himself into this group.

Finally, at the top level are great writers—the Shakespeares, the Steinbecks. These people are often gifted in ways we mortal writers can’t understand; they often can’t understand it themselves.

Do not approach writing lightly. It’s not a casual activity like putting on your pants or cleaning your desk. To improve as a writer, you need to work your ass off. Otherwise, you should simply be happy about where you are as a writer.

It doesn’t mean you need to write without a sense of humor or treat writing as sacrosanct. But you do need to treat writing seriously. This is an important writing mindset.

Even though writing is serious, it shouldn’t be your reason for existing. Life doesn’t exist to support art; art exists to support life.

This idea can materialize even in your choice of writing environment. For much of his early career, King pined for a behemoth of a writing desk that would sit sturdily in the middle of a room, dominating the space. As an addict, he would sit at this intimidating desk, inebriated and writing away.

Once he got sober, he cleared out the room and put in a comfortable living room setup instead. A sofa took the place where his previous desk was; he moved his writing place to a smaller desk at the corner of the room. This room was much more inviting—his family would sometimes come up and watch television with him, and he enjoyed that. 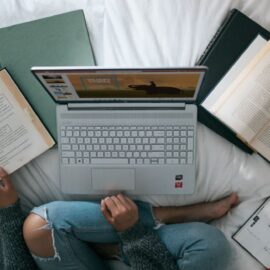 Effective Learning Is About Balancing Tensions 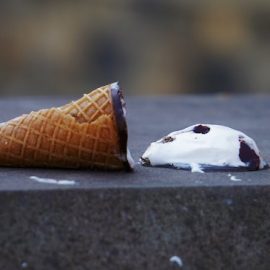 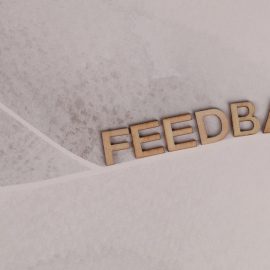 The Importance of Feedback in the Workplace: Heighten Your Awareness 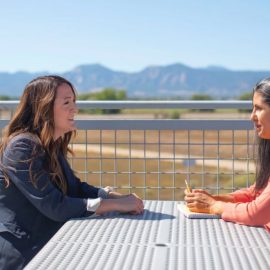