Can science explain why people believe in fake news? Are we wired to believe false information?

False information is all around us. Not only is it being produced, but it’s also being spread by people who believe it’s true. Science provides some interesting answers to why people believe in fake news. Basically, we’re simply wired to believe.

Keep reading to learn why people believe in fake news.

Why People Believe in Fake News

The decisions you make are ultimately driven by beliefs. You believe that job will be more fulfilling than this one. You believe you’ll like living in a big city better than your small town. You believe cardio is good for your heart and you believe that you’ll live happily ever after with your partner.

Some of these beliefs are based on our direct experiences. But you might be surprised by how often false beliefs creep into our heads and stick there. Making a habit of interrogating your beliefs is essential to making good decisions.

False information seems to catch on and spread like wildfire, so much so that you could spend your whole life trying to combat the most commonly held misconceptions and likely never run out of material. Think of the popularity of MythBusters (a television program that ran for over a decade where popular “myths” were tested and frequently debunked through experimentation) or Snopes.com (a fact-checking website). Why do misconceptions spread so quickly and linger even when the information needed to disprove them is readily available by doing a simple Google search?

The answer to why people believe in fake news comes down to how we’re wired. Our early ancestors had to trust their senses in order to survive. Our belief-forming apparatus is predisposed, then, toward credulity rather than doubt.

With language, humans developed the ability to form beliefs with second-hand knowledge, based on things other people tell us. But we still lean toward accepting new information as true right away, rather than doubting it, even though it’s being delivered by something other than our own senses. A series of experiments by a Harvard psychology professor showed that we tend to process information as true even if it is explicitly presented as false, especially if we’re under pressure.

Unless we’re given a reason to question those beliefs, vet them, and do the research necessary to acquire the facts, those wrong beliefs stick—and sometimes they’ll stick even after they’ve been debunked. Understanding why people believe in fake news can help us fight the problem.

Like what you just read? Read the rest of the world's best book summary and analysis of Annie Duke's "Thinking in Bets" at Shortform.

Here's what you'll find in our full Thinking in Bets summary: 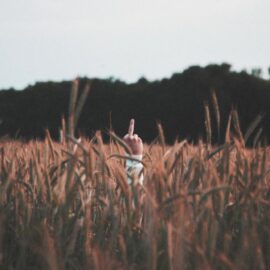 How to Stop Giving a F*ck: Mark Manson’s Guide 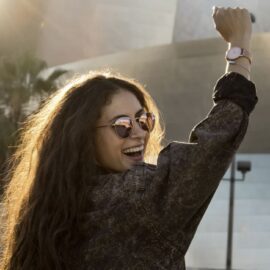 Celebrating Successes: Why It’s So Important