Why is Africa so poor as a continent? What makes it different from America, Europe, and parts of Asia? Learn about why Africa is poor.

First, we need to learn about something: the Destiny Instinct is the belief that innate and immutable characteristics determine the destinies of whole nations and cultures.

A common example of this is the idea that African culture is “backward,” and will never change or progress. It reinforces the Generalization Instinct, the Gap Instinct, and the Negativity Instinct to make people in Level 4 countries believe that human existence is the same for all people in all countries at Levels 1, 2, and 3; that these cultures sit on the other side of an unbridgeable gap from us; and that life in these places is bad, getting worse, and will never improve.

Yet, once again, the data shows that this belief in inevitability is not just pessimistic: it is totally at odds with history and reality. No society has ever stood still. 100 years ago, the US had a manufacturing economy and featured widespread legal racial discrimination; today, it is overwhelmingly a service-based economy that can elect (and reelect) an African-American man to the Presidency.

Everywhere we look across the planet, traditional, patriarchal societies are undergoing massive social and economic change. These changes are reorienting their relationships with the rest of the world.

Will Africa Always Be Poor?

No individual is static and unchanging throughout the course of their life. The same is true for entire societies and cultures: values, norms, and material standards of living change, often much faster than we think.

It’s true that Africa as a whole is poorer and lags behind other parts of the world (life expectancy is 65 there, 17 years less than Western Europe). But this obscures enormous differences both within and between African countries. All 50 nations of sub-Saharan Africa have expanded access to education, clean drinking water, electricity, and sanitation since decolonization. And they’ve done it at the same rate as European nations when they started developing during the Industrial Revolution.

In China, India, and South Korea, billions have escaped extreme poverty in just half a century, giving the lie to claims that they could never feed 4 billion people. 50 years ago, these countries (which are now manufacturing powerhouses and reliable trading partners) lagged behind where sub-Saharan Africa is today.

The Destiny Instinct can also lead to wrong assumptions about the continued dominance of Western Europe and North America. By 2100, the balance of power will have shifted, with 80 percent of the world’s population living in Asia and Africa. Moreover, the IMF predicts that economic growth will only be 2 percent annually for today’s Level 4 countries. This is a significant downgrade from earlier predictions, and much less than what Level 2 and 3 countries are achieving.

It’s not just economics: Western cultural values have changed drastically over time as well. Liberal Sweden had quite conservative values and mores around sex, family, marriage, and contraception as recently as the 1960s.

We mentioned Iran above when we talked about the Generalization Instinct, but it’s worth exploring again. Even this country, with a traditionalist, clerical Shi’ite government, has rapidly changed its social and cultural norms in a short period of time. Iranian women had an average of 6 babies as recently as 1984: that number was down to fewer than 3 by 1999. Perhaps symbolic of this change, Iran was also home to the world’s largest condom factory during the 1990s!

Why Do We Think Africa is Poor?

Why do we believe that other cultures are inexorably bound to their fate and are incapable of change?

Our cave-dwelling ancestors strike again. Early humans lived in circumstances that were largely unchanging and relatively predictable. They wouldn’t have travelled much outside the few square miles of their homestead or tribal territory.

In these circumstances, learning how things worked and then assuming that they would continue that way forever would have been a useful survival strategy (i.e., “plant the corn this way, in this place, at the time of year, and you’ll have food to eat”).

We get a sense of superiority by claiming a progressive, triumphant destiny for our in-group (and a degenerative, failing one for others). These ideas may have served primitive humans well, but they are inadequate tools for describing today’s world and meeting its challenges. If we think of Africa as poor today, we might feel a little better about our situation.

The Destiny Instinct leads us to some major (and destructive) consequences.

We lose sight of just how much the world has changed. This leads us to stereotype and write off vast swaths of the human population as irredeemably impoverished, backward, and locked into patriarchal value systems. We should no longer think, “why is Africa so poor,” but rather, “how is Africa going to become rich?”

When we see countries and societies as being beyond hope or incapable of progress, we ignore their suffering. By this logic, it would simply be a waste of resources to alleviate suffering and deprivation. After all, if it’s a product of a backward culture, what good would it do to invest in better infrastructure? As we know, this is not only false (cultures do change), but destructive: helping countries move out of Level 1 is how humanity progresses.

When you don’t see how much the world has changed, you will miss major business opportunities. As you now know, billions of people have escaped Level 1 in Asia and Africa, creating the biggest middle-income consumer market in world history. So don’t think, “why is Africa poor,” but rather “how can I help Africa become wealthy, and gain from that?”

If you care about your retirement fund, this should be of concern. Retirement funds will continue to lose out on high-growth investments in Africa and Asia if their managers don’t know how much the market has grown in these parts of the world, leading to lower returns for retirees (like you). This also starves these countries of much-needed investment.

Why Is Africa So Poor? Your Answer’s Probably Wrong 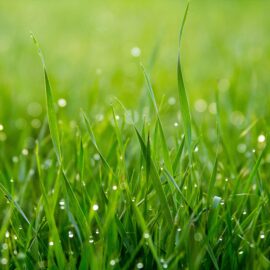 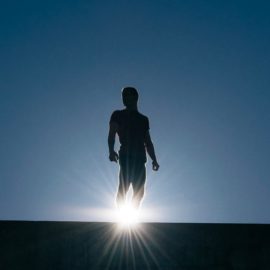