What is the Law of the Lid? What role does this law play in organizational effectiveness?

In his book The 21 Irrefutable Laws Of Leadership, Maxwell uses the Law of the Lid to convey the idea that organizational effectiveness is capped by its leader’s ability lead. This law is the first of Maxwell’s list of key leadership attributes and principles.

Keep reading to learn about the Law of the Lid by John C. Maxwell plus some examples of its successful and unsuccessful application.

The Law of the Lid: An Organization Is Only As Good As Its Leader

Leadership abilities limit organizations just as much as they limit individuals, which is at the core of the Law of the Lid. That’s why, when an organization is doing poorly, often the first step is to change the leader. For example, when a professional sports team is struggling, the coaches are often fired.

How do you improve your effectiveness or the effectiveness of your organization? There are two main factors, and, as we’ll see, the second is far more important:

You can increase your dedication to success by learning to excel in your field. For example, if you’re running a restaurant business, you can work on the menu, the speed of service, the schtick, and so on.

Of the two factors, this factor is less important because at a certain point, the law of diminishing returns kicks in. You can put a lot of effort into being successful and still fail to get the results you want.

To improve your leadership ability, work on the other 20 laws that follow.

Of the two factors, this factor is more important because leadership ability is a multiplier:

● Therefore, one of the fastest and best ways to improve your effectiveness is to work on your leadership skills.

Example of a Failed Application of the Law: Dick and Maurice

Two entrepreneurial brothers, Dick and Maurice, were looking for a business opportunity. Unfortunately, even though they were innovative, they were both lousy leaders.

The brothers opened a theatre but struggled to even make rent. Next, they opened a drive-through restaurant. The restaurant was successful; so successful that they were able to move to a larger location. In this new location, the brothers innovated: they changed the service method from drive-through to walk-up, focused on hamburgers, and sped up their service. They were skilled managers and had good ideas. Things were going so well they decided to franchise. However, franchising required leadership ability, which neither of them had. They only managed to sell franchises to 15 buyers, only ten of whom actually opened restaurants.

Example of a Successful Application of the Law: Ray Kroc

Ray Kroc worked for a company that sold milkshake machines. He did business with Dick and Maurice and also saw potential in franchising. Unlike the brothers, he did have leadership ability.

Kroc bought a franchise, recruited an all-star team with strong leaders, and eventually bought exclusive rights to McDonald’s from the brothers. He got 100 restaurants open over 4 years, and after eight years, he was up to 500—50 times more restaurants than the brothers had managed. 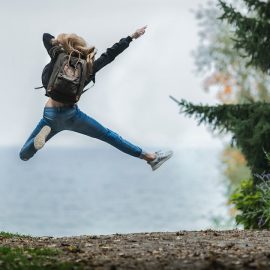 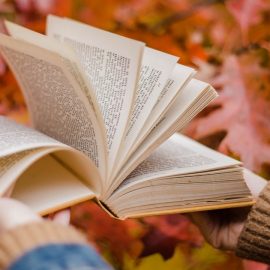