Read more about the fourth industrial revolution and the technologies that made it possible.

The innovations that create the technological revolution gestate for some time before they make their huge impact. But a revolution needs a highly visible attractor to appear, symbolizing the new potential and sparking the imagination of pioneers. Often the attractor is not only a technological breakthrough, it is also cheap or opens new cost-competitive possibilities for industry. Perez calls this a big-bang. Often, these events can only be identified in hindsight, since at the time they’re obvious only to a narrow community.

Geographically, the revolution often gestates in a particular region, and propagates from core to periphery. This means the time that the new technology is deployed is not the same for all countries and can be delayed by decades. Globally, the full revolution may take a full century.

The new technologies prompting revolutions are not isolated; often many products had existed for some time playing minor roles, until the new technology offers it unprecedented value and scale. Oil and automobiles had both been developed since the 1880s, but the combination of them with mass production in the 1900s led to a revolution in affordable automobiles for the general public. Likewise, transistors and semiconductors were available in the 1950s, but the microprocessor made visible the potential of cheap microelectronics, the “computer on a chip.”

Each revolution consists of several technology systems that develop at different rhythms and in a sequence depending on feedback loops. The information revolution began with chips and hardware, leading to software and telecom, leading to the Internet, leading to mobile. Each of these can appear as separate revolutions rather than interdependent systems under a wider umbrella – each smaller system benefits from the previous mini-revolution, while also reinforcing the overall paradigm to which it belongs.

New technologies and industries of the 4th industrial revolution

The fourth industrial revolution marked one of the biggest changes in economics and technology. 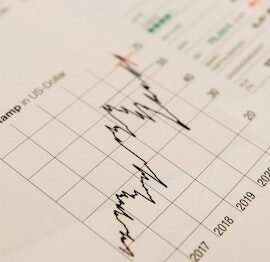