What is the definition of racism? When you say the word “racism,” what exactly are you referring to?

The everyday definition of racism is not as simple as prejudice or discrimination on the grounds of race. According to Ijeoma Oluo, the author of So You Want to Talk About Race, we usually refer to one of two different (but superficially similar) definitions when we talk about racism.

Read about the two definitions of racism, according to Ijeoma Oluo.

What Is the Definition of Racism?

What is your definition of racism? When you use the word “racism,” what exactly do you mean? Chances are you’ll be referring to one of two different definitions:

If you’re working from the first definition, it makes sense to talk about “reverse racism” and prejudice against whites, get horribly offended if someone calls you a “cracker,” and see affirmative action as unfair. The goal of reducing racism is more atomized: All we need to do is change the minds of individual people and we’re set.

If you’re working from the second definition, you understand that there’s no such thing as “reverse racism,” that “cracker” may be unpleasant but it has little impact on your life, and that affirmative action is redressing a historical imbalance. You understand that if a person of color is prejudiced against white people, this prejudice isn’t backed by any institutional power. A black person can’t get a white person fired, arrested, or killed by invoking historical prejudices. But if a white person sees a black person as a “nigger,” they can cause the black person to lose their job, get arrested, get put in jail, or be killed by people working within the power structures that support that belief.

If you’re working from the second definition, you know that the goal of reducing racism is structural. Changing individual people’s definition of what constitutes racism isn’t enough. We also have to dismantle the power structures that feed these individual opinions.

How Can I Tell What’s Racist and What’s Not?

What’s the threshold for something or someone to be called racist? For example, is it okay to call someone’s sweet old grandma racist? How can touching someone’s hair, complimenting someone’s English, or saying that we need to “clean up the streets” be racist?

Many white people have a knee-jerk response to the word “racist”. Almost everybody is willing to admit that lynchings, cross burnings, and Nazis were racist. But we tend to minimize anything less blatant. If you call it racist, you risk accusations that you’re alienating people with your “inflammatory language” or “identity politics.”

This makes it very difficult to talk about race-based economic disadvantage, for example, or actions that are racist in more subtle ways. Those are easy to explain away as “nothing to do with race” or “all in your head.” It’s this kind of gaslighting—whether it’s intentional or unintentional—that turns conversations about race into minefields for people of color. 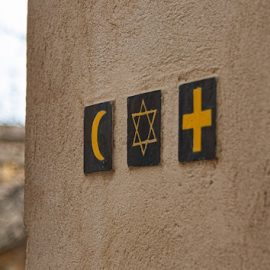 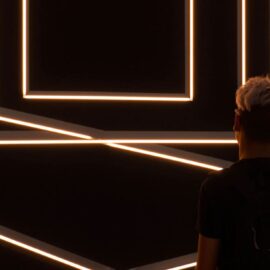