What environments support change? How can routines and spaces be modified to make change easier?

If you want to effect change, you should support change by creating an environment that smoothes the path. A change-supporting environment makes it harder to do the “old thing” and easier to do the “new thing.”

Keep reading to learn how to support change by modifying your environment.

We’ll discuss how to build an environment and path forward to support change—making your change as easy as possible and minimizing your temptation to go off-track.

For example, one college experimented to see if being a good person or having clear instructions would make people donate more to a food drive. They polled students, having them identify which of their peers were most likely to donate and least likely to donate. They then created two groups with an even mix of “giving” and “selfish” students:

The students’ donations didn’t depend on who they were as people—they depended on how easy the good behavior of donating was. It’s easier to change circumstances than it is to change character—if you want to make a change, the best way to support change it is to ensure that the environment surrounding the change process continually urges good behaviors.

Think of ways you might change up your routine to surround yourself with tools that make good behaviors easy and roadblocks that make bad behaviors difficult. For example, imagine you’re trying to start running every morning and want to spend less money on unhealthy food and snacks.

Other times, physically rearranging your space can help guide you toward performing more change-supporting behaviors.

For you, this might look like moving The Chair that sits by your back door and seems to gather clutter no matter what you do. If you remove this natural drop-zone, you’ll likely find that your clutter gets put away where it belongs.

Creating Change-Supporting Environments for Others

To support change in others, keep in mind that good behaviors don’t naturally start happening once you suggest a new way of doing things. As a leader, your job is to identify the root causes of anti-change behavior. Then, consciously create an environment that cuts these problems out—making anti-change behaviors more difficult.

A San Francisco hospital wanted to reduce its nurses’ medication errors, which could be harmful or even fatal. Medication errors happened most frequently when the nurses were distracted—which was often, as the medication administration area was directly in the middle of the nurse’s station. Here, the core problem was discovered—the nurses weren’t the problem, but rather, the people around them. Even in the middle of medication administration, nurses were considered “fair game” for questions and orders.

Ideally, nurses would have a separate room to work in for medication administration, eliminating the possibility of interruption, but this wasn’t possible. The environment had to change in a way that would make interrupting nurses obviously “off-limits.” A hospital director suggested that nurses put on bright orange vests while in the middle of medication administration, to signal to others that they were busy and not able to talk. Two units that tested the system saw a 47% decrease in medication errors in just six months.

To support change, consider modifying routines and spaces to make change as easy as possible.

To Support Change, Modify Your Environment 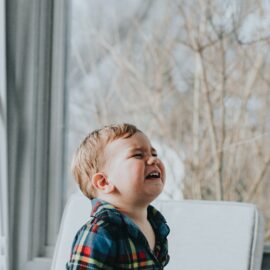 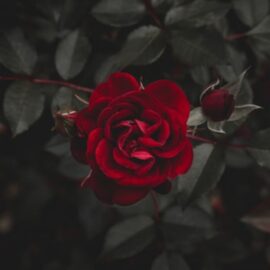 To Let Go Of Pain, Weed Out Its Source 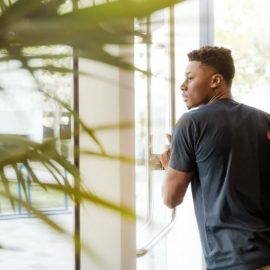 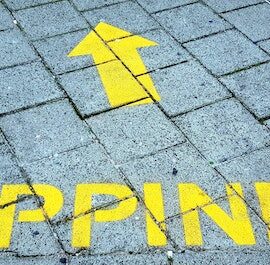