A success consciousness is an unshakable belief in your ability to attain the results you seek in any endeavor. You become success conscious by taking control of your mind and using positive thoughts to remove all doubts about your success.

Read more to fully understand how to develop a success consciousness.

People who become rich do so because they have a success consciousness — they spend their time thinking about success rather than about things that can go wrong.

However, there are several hurdles to success consciousness.

The first is our human tendency to believe that difficult things are impossible (Shortform note: This isn’t well explained, but consider that this gives us an easy excuse for not trying something new or to avoid the embarrassment of failure). To avoid this tendency to assume something can’t be done, Hill clipped the word “impossible” out of his dictionary as a symbolic way of removing it from his mind. He advises readers to also remove it from their thinking.

Another hurdle to success-consciousness is the tendency to measure everything by our personal experience and beliefs, rather than realizing things can be better or different. For instance, some people who are poor can’t envision becoming rich because their experience of poverty and defeat dominates their thoughts, preventing them from trying to change things, and thus reinforces their circumstances. The key to change is taking control of your mind by occupying it with a defined purpose, burning desire, and persistence.

As an example of success-consciousness, Henry Ford wanted his engineers to design an eight-cylinder engine in one piece (his specific goal), but the engineers told him it was impossible. He persisted in his demand and kept sending his engineers back to the drawing board, and eventually, after a year, the engineers designed it. Ford succeeded because he knew specifically what he wanted, and would not accept others’ claims that it was impossible to achieve.

When we exercise our ability and power to control our thoughts, we embody the sentiment of the English poet W.C. Henley, who wrote: “I am the master of my fate. I am the captain of my soul.”

The secret to mastering our economic fate is to fill our minds with thoughts of money (or whatever we want) — to have a success-consciousness — and to persist until we achieve it. Our thoughts create the success we’re striving for.

With these general principles in place, Hill spends the rest of the book describing the 13 Steps to Riches. Many of the ideas overlap with each other, but they all relate to creating the positive mental energy necessary to inspire success. 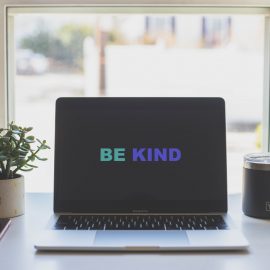 Always Be Kind to Others: It Helps You, Too 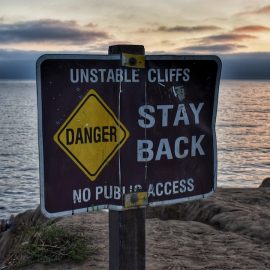