Who was Stanley Pillsbury, and what role did he play in Unbroken? Was he a friend of Louis Zamperini?

On an April dawn, Super Man and twenty-two other planes left Funafuti for Nauru. The travel time was six and a half hours, and all men on Louis’s plane were silent throughout the ride. Super Man was in front, flanked by a bomber on each side. At first, the island seemed motionless, and Phil turned over control to the bombsight. Louis located his targets, but fire flared up in the sky around them. The two planes flanking Super Man were shot down, leaving Louis’s plane exposed.

Holes opened up on all sides of Super Man, sending shards of light streaking into the cabin. As the Japanese fighters continued to fire on Super Man, more holes opened up, and some of the hits were so significant, they sent shrapnel into the gunners’ bodies. Louis heard signs of distress from his crewmen. He left his station and climbed into the back of the plane. The first thing he saw was one of his men dangling outside the open bomb bay. Louis pulled him in and settled him in a corner. The man’s uniform was riddled with bullets.

Louis then saw something equally upsetting. The hydraulic lines were severed, which meant Phil would have no access to landing gear or brakes. Louis saw three more men slumped on the ground bleeding, and he and Cuppernell administered first aid to the wounded men.

During all of this, Super Man was being chased by two enemy planes. Louis felt something dripping on him from above and looked up to see Stanley Pillsbury, the top turret gunner, in his perch, his leg so badly wounded it was dangling below him. Louis tried to help Pillsbury, but the man didn’t notice his injuries. He was engaged in the fight for his life with the enemy planes.

Pillsbury saw a Japanese fighter rearing up in front of him. If it fired on Super Man, the plane would crash into the Pacific Ocean. Once Pillsbury could see the face of the pilot, he held his breath, took aim, and fired. The shot hit home, sending the enemy plane spinning away and saving the men of Super Man.

With the threat of enemy fire thwarted, all hope now turned to trying to make it back to base. Louis continued to triage his crewmen in the back, and Phil continued to fight to keep Super Man stable and airborne. The latter task was much more difficult. The plane pushed against the controls, trying to turn its nose up, causing the plane to flip upside down. Phil pushed as hard as he could on the throttle and played with the engines to shift power from one side to the other to keep the plane centered.

As they kept course toward Funafuti, the men’s injuries worsened. Louis was able to gain control over Stanley Pillsbury’s wounds, but the first man, who’d been hanging out of the plane, was fading quickly. All men aboard knew the man was dying, and they also knew their own deaths were likely when they crash-landed on the runway without landing gear or breaks. They stayed silent, never speaking their fears aloud.

The runway finally came into view, but there was nothing Phil could do to stop the speed with which they approached. One of the men opened the bomb bay doors to slow the momentum. The other men, including the injured, worked hand pumps to release the landing gear. Louis wrapped each of them in parachute ropes affixed to parts of the plane. Still, the plane was coming in too hot.

When Super Man touched down on the Funafuti runway, Phil was able to make the landing so steady, no one in the back was disrupted. But the left tire of the landing gear was flat, which caused the plane to lurch at 110 miles per hour and careen toward two other planes. Cuppernell pounded the brake pedal despite the cut lines, finding just enough juice to engage the brakes. The plane spun then stopped before colliding with the other bombers.

After landing, a ground crewman counted the holes in the plane. Super Man had been hit 594 times, more than any other bomber on the mission. Louis couldn’t help looking at the beat up plane, with one hole so big his head almost fit through it. He knew the plane had saved him and all but one of his men. The man from the bomb bay door, named Harold Brooks, had died shortly after their arrival. He was twenty-two years old.

The various crews were exhausted after the Nauru attack, but there would be no rest for the weary. As the men relaxed, ground crews doctored the planes, getting them ready for another mission the next day. Super Man was too badly damaged to make the trip. Louis and Phil were in their tent, like all the others, asleep for the night. Louis awoke to a disturbing sound. A plane was flying back and forth above the island. Louis assumed it was lost and wished them well.

The next sound Louis heard was the roar of multiple engines and a loud explosion. Louis and Phil ran down the beach in search of shelter. They found a hut on stilts and dove underneath it. At least twenty men were already hiding there. In the infirmary, Stanley Pillsbury was stranded in bed, unable to escape with his bad leg. The small island was rocking from blast after blast, bombs dropping one after the other down the line of tents and base buildings. Louis and Phil’s tent disintegrated shortly after their escape.

When the bombing stopped, some men scurried out of hiding to help the wounded. On seeing Stanley Pillsbury stuck in bed, one soldier placed him on a stretcher and pulled him into a cement shelter. Louis and Phil stayed with the others under the hut. They knew the Japanese weren’t finished. They huddled together, terrified.

The enemy bombers came back three more times, targeting the gassed-up B-24s waiting on the runway. As the B-24s exploded, pieces flew through the air and bullets whizzed from the arsenals on board. The American bombs aboard, 500 pounds each, detonated. Then, the explosions stopped. The attack was over.

As morning light crept in, the men saw the wreckage of the island. Buildings had crumbled, planes were charred skeletons, if intact at all, and craters existed where tents had once been. Louis wrote in his diary of one crater that was 35 feet deep and 60 feet wide. Casualties were scattered all over, as were injured men. Others were too traumatized to speak.

Louis, Phil, Cuppernell, and two others from their crew were sent back to Hawaii. Stanley Pillsbury and the other wounded were sent to Samoa, where a doctor amputated his leg. One of the other men was too badly injured to fight and was sent home. Super Man and its crew were finished.

Though Stanley Pillsbury was not a major character in Unbroken, he has an incredibly important role. Seriously injured, with his leg hanging off his body, Pillsbury bravely shot down a Japanese plane and saved the whole Super Man crew, including Louis Zamperini.

Wheat’s History: How It Became the Most Successful Species 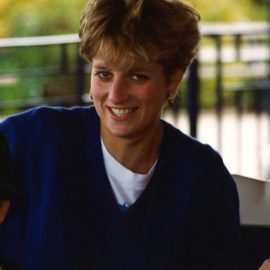 Prince Harry and Diana: How Her Death Affected Her Son