Advances in medicine have brought with them the need for the existence and expansion of medical specialties. This specialization in medicine has many benefits. Does it have downsides?

We’ll cover the history of medical specialization and why it doesn’t always serve patients well.

Hospital care is increasingly complex, especially critical care performed in intensive care units or ICUs. Fifty years ago, ICUs were uncommon. Today, thanks to our ability to save people from so many things that were once fatal, critical care is an increasingly large part of what hospitals do. Over a normal lifespan, most people will end up in an ICU at some point.

An Israeli study several decades ago showed that the average ICU patient required 178 actions or procedures a day. We have a greater chance than ever before to save someone who’s seriously ill or injured, but it requires both deciding the right treatment and ensuring that 178 tasks, encompassing various individual steps, are done correctly each day. There’s as much chance to harm a patient as to help. For instance, with all the tubes required, there are myriad ways to introduce infection. In fact, about half of ICU patients end up with a serious complication.

An increasing number of training programs focus on critical care; about half of all hospitals now have intensive care specialists, called intensivists. But with the increasing complexity of medicine, even specialization can’t keep up. So, in addition to medical specialists, we have superspecialists, who study and practice one thing, like laparoscopic surgery or pediatric genetic diseases. They have greater knowledge and ability to handle the complexities of a particular job, but they haven’t managed to avoid making mistakes.

Surgery is perhaps the most specialized area in medicine. An operating room has an array of medical specialists. For instance, there are many kinds of anesthesiologists — for instance, one type focuses on pain control. There are also pediatric, cardiac, obstetric, and neurosurgical anesthesiologists.

Surgeons are highly specialized to the point that they joke about “right ear” and “left ear” surgeons. General surgeons are becoming obsolete and medical specialties are rapidly dividing into subspecialties.

We’ve seen great advances in surgery, but with greater specialization in medicine and more surgery being done — Americans average seven operations in a lifetime — the opportunity for harm also is great. In the U.S. there are three times as many deaths following surgery as there are from traffic accidents. Research shows that at least half the deaths and major complications are avoidable.

Checklists: The Check on Medical Specialties?

The University of Toronto performed a feasibility study using a 21-item surgical checklist designed to catch a range of potential errors in surgical care. It combined task checks with communication points.

The surgical staff had to verbally confirm each item on the list — for instance, that an antibiotic had been given, that the right type of blood was available, and that test results were on hand. The checklist also incorporated a team briefing to talk about any risks or concerns as well as expectations (for example, how much blood loss was expected and what things to be prepared for).

Researchers monitored use of the checklist in eighteen operations. In ten, it revealed significant problems or ambiguities, including individual patient problems that a checklist wouldn’t typically catch.

A study at a group of Kaiser hospitals in southern California further underscored the importance of communication and a sense of teamwork in surgery. The hospitals tested a thirty-item “surgery preflight checklist.”

The checklist included preventive steps for surgery’s three biggest killers — infection, bleeding, and unsafe anesthesia. However, a fourth killer — the unexpected — can’t be dealt with as readily with checkboxes. So the program addressed it by setting up communication checkpoints. The checklist required surgical staff to stop and talk through the case together in order to be ready as a team to identify and address each patient’s unique concerns and risks.

This was unusual because, typically, surgery is treated as a one-person show. The operating room is referred to as a theater and functions as the surgeon’s stage. Surgeons like to think that surgical staff perform as a team, but often they really don’t. For instance, not all team members are aware of a given patient’s risks, problems they need to be ready for, or even why the surgeon is doing the operation. One survey of 300 staff members leaving the OR showed that one in eight weren’t sure where the incision would be until the operation started. This one-person-show approach makes it more difficult for staff to come together effectively in a crisis. This is the downside of specialization in medicine.

Checklists requiring communication also address another problem with surgery — “silent disengagement.” This is the tendency of each person to focus on a specialized task, sticking to their own area of expertise while not questioning what anyone else is doing or paying attention to the big picture. To avoid failures in surgery, staff members need to see their job not just as performing specialized tasks, but also as helping the group get the best possible results. This requires working as a team to address problems that arise and to ensure nothing falls through the cracks. Working as a team is increasingly important as specialization in medicine continues.

Kaiser’s checklist insisted that people talk together, which fostered teamwork. It also required staff members to introduce themselves with their name and role, ensuring all team members knew each other’s names. Studies in various fields have shown that people who don’t know each other’s names don’t work as well together as those who do.

Further, research at Johns Hopkins showed that when nurses were given a chance at the beginning of a procedure to state their names and concerns, they were more likely to note problems during surgery and offer solutions. The researchers referred to this as the “activation phenomenon” because giving people a chance to speak early on activated a sense of responsibility and willingness to speak up.

Kaiser hospitals tested the checklist for six months in 3,500 operations. It caught numerous near errors, including almost doing the wrong procedure in one case. In addition, the rating by surgical staff of the teamwork climate improved from good to outstanding. Employee satisfaction rose and OR nurse turnover dropped.

None of these studies were proof that a checklist could be devised that would be effective and versatile enough to improve surgery outcomes around the world, but they provided a starting point for further exploration. Gawande and his team began drafting a potential surgical checklist, but soon realized they needed more information on what makes an effective checklist. Still, the results are promising. Checklists may remediate the ills of increasing specialization in medicine. 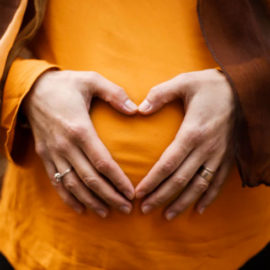 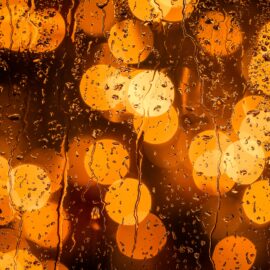 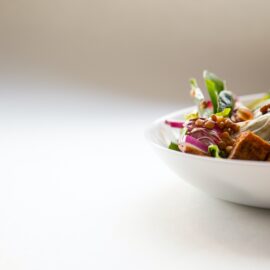