According to Neil Postman, the author of Amusing Ourselves to Death, religious tv shows turn religion into something easy, self-serving, and trivial. Rather than focusing on the messages of the religious texts, tv programs attract audiences with lavish sets, images, and even secular actors who endorse them.

Learn how religious tv shows focus more on entertainment value than the religion itself.

When a form of discourse transitions from one medium to another, a lot may be lost or significantly changed in the translation, including tone, meaning, and value.

For example, poetry often translates poorly to another language; a condolence expressed by a card is different from one offered in person; and instruction by a computer differs from face-to-face instruction by a teacher.

As the medium of television has changed print-based conceptions and expectations of politics, news, and information, it’s also changing the essence of religion, in both message and presentation.

In 42 hours of watching religious programming in the 1980s, the author concluded:

Yet preachers on religious tv shows seem to assume that the meaning and quality of church-based religious experience translates to television.

This is because they’re dazzled and deluded by gaining access to huge audiences. For example, Billy Graham extolled television as “the most powerful tool of communication ever devised by man.” Pat Robertson contended in the 1980s that the church would be foolish not to use such an influential force. While the delivery method is different, he said, the message stays the same. For many years, Robertson hosted the talk show-style religious tv show, The 700 Club.

Television and its environment negate the traditional religious experience in several ways:

1) The sacred environment of a church can’t be duplicated on television. Churches by design create an atmosphere conducive for enacting religious rituals. Services can be performed outside, but the environment of a church must be recreated with symbols and sacred objects. The environment prompts people to behave in certain ways in church, which can’t be achieved at home in front of a television. In addition, the church atmosphere helps create a state of mind receptive to a religious experience; again, this doesn’t happen with television.

2) Television is associated in people’s minds with secularism, or other events and entertainment. Viewers are constantly aware of the option to switch channels to another event. Religious programs are bookended with secular programming and commercials—so television’s main message of non-stop entertainment speaks louder than religion’s message of reflection.

Television preachers realize this and design their shows to attract audiences, with lavish sets, images, and even secular actors who endorse them.

Offering People What They Want

Television’s bias toward satisfying an audience means that TV preachers have to go beyond spectacle—and give people something they want.

Throughout history, great religious leaders have given people what they needed rather than what they wanted. Nonetheless, religious programs strive to make people feel good. They extol affluence—audiences are encouraged to strive for wealth or celebrate it if they have it. This also seems to put them into a mood to contribute millions to their favorite preachers, who become celebrities. God becomes subordinate.

Thus, television transforms personally challenging religions like Christianity into something easy, self-serving, and trivial—which isn’t a religion at all. 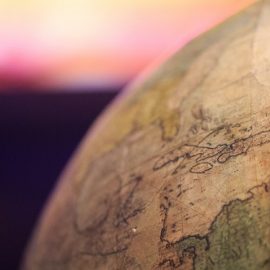 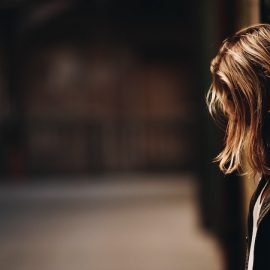 How to Get Through Hard Times in Life as a Christian 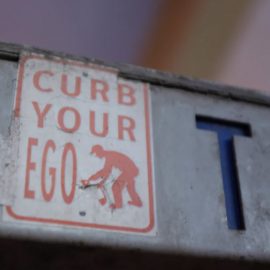