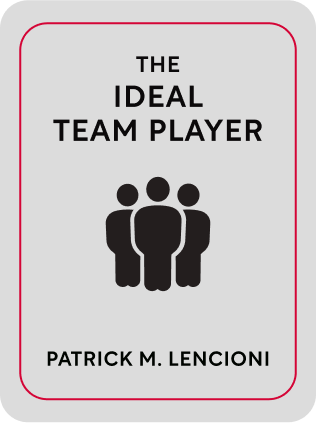 This article is an excerpt from the Shortform book guide to "The Ideal Team Player" by Patrick M. Lencioni. Shortform has the world's best summaries and analyses of books you should be reading.

How important is a teamwork culture in your organization? What do qualities do you look for when hiring for your teams? What do you think makes a good team player?

Many leaders and organizations say they want teamwork, but they can’t define what they mean by a team player or prioritize identifying team players in their hiring process. Patrick Lencioni wrote The Ideal Team Player to answer this very question: what makes a good team player?

In this article, you’ll learn about the three qualities of a team player, according to author Patrick Lencioni.

According to Patrick Lencioni, the author of The Ideal Team Player, people who are natural team players share possess three fundamental qualities: humility, hunger, and people skills. People who are humble focus on the success of the team rather than their personal interests. People who are hungry are driven to seek more work and responsibility. Finally, ideal team players are also smart when it comes to dealing with people—they understand where others are coming from.

Great team players focus on the success of the team rather than personal interests. They lack overbearing egos or an obsession with status. They don’t try to get attention and readily give credit to others.

Humility is the most important team player attribute, yet many managers put up with self-centered people because of their skills, and don’t call out their arrogance even though it undermines the team’s performance.

There are two kinds of non-humble people, who seem different but who have a common underlying issue: insecurity.

1) Arrogant, ego-driven people who try to make themselves the center of attention. They are less confident than they appear, so they try to overcompensate with bluster. They undermine teamwork by stirring resentment, creating division, and playing politics.

2) People who lack self-confidence and downplay their contributions and abilities. Others may see them as humble because they’re self-effacing, but people who are truly humble neither overrate nor underrate themselves. People with low self-worth deprive teams of their ideas and insights.

People who are hungry are driven to seek more work and responsibility. They’re always looking ahead to the next step or opportunity. They’re committed to the work and willing to go above and beyond—for instance, working outside regular hours—when necessary. Managers don’t have to push or monitor them because they’re self-motivated and conscientious.

Nonetheless, some types of hunger can be negative. Some highly motivated people are driven by self-interest rather than a desire to support the team’s mission. Their interests may conflict with the team’s. Or, work can become all-consuming and become a person’s identity and life.

A lack of hunger or drive on someone’s part is usually obvious because they produce less, which creates frustrations among other team members who have to pick up the slack. So leaders have to spend time pushing and monitoring them.

Being smart in a team context doesn’t refer to intelligence but to having common sense when it comes to dealing with people. Those with people skills understand where others are coming from. They ask questions and listen attentively. They are aware of group dynamics and of the impact of their words and actions on others, and they act appropriately.

Some smart people can be dangerous when they use interpersonal skills to manipulate or mislead others for their own purposes. So it’s important for hiring managers to look beyond what candidates say and take note of how they behave around others.

There are four ways to use the ideal team player model to strengthen your organization:

The first way to strengthen teamwork is to make sure everyone you hire is an ideal team player. There’s no perfect tool for identifying them, but through focused interviewing and reference checking you can usually identify and hire team players.

Ask specific questions that uncover whether the candidate has the qualities and behaviors of a team player (examples to come). Typical interviews follow a generic format and questions that provide only a general sense of the candidate—for instance, you come away thinking, “She seems capable.”

Debrief managers immediately after an interview on whether the candidate seemed humble, hungry, and smart. Then use the next interview to ask follow-up questions on concerns or issues raised in the first. For example, if the first two interviewers agree that the candidate is hungry and smart, the third interviewer should focus on assessing humility. In many companies, various managers interview the candidate separately, and they don’t discuss what they learned until the interview process has ended.

Including group interviews in your process allows multiple people on the hiring team to hear the same things and compare their perspectives—for example, “How did you interpret what he said …” Group interviews also reveal how a candidate behaves in a group, which is a requirement for teamwork. Some people are better one-on-one than they are in groups, which isn’t necessarily a problem, but it’s something you should be aware of.

To get a better sense of a candidate, have someone take her out of the office to see how she acts in an unstructured environment—for instance, take her along on an errand. Remember to look for indications that she is humble, hungry, and smart.

In contrast, most interviews follow the same predictable, often awkward format as they did 40 years ago. They focus on answers to stock questions that don’t tell you whether the person is a good fit for the company.

Ask What Others Would Say

Ask candidates what others would say about them—for instance, instead of asking someone if he considers himself a hard worker, ask how colleagues would describe his work ethic or his level of humility. Candidates tend to give more honest answers to questions framed this way, perhaps because they think you might ask their colleagues the same question and compare answers.

If you have a hunch that a candidate isn’t humble, hungry, or smart, keep digging until you resolve your doubt. Looking back on an interview, managers often recall red flags and regret ignoring them or not exploring them more fully.

Be Clear About Your Commitment

At the end of the interview process, tell candidates that you’re looking only for people who are humble, hungry, smart. Stress that if a candidate lacking one of these critical qualities is hired, they’ll be miserable working for you if they don’t change. However, if they’re an ideal team player, they’ll love the job and the company’s culture. People often try to gloss over their weaknesses in an interview, but they may be less likely to do so if you stress that your company holds people accountable.

Here are some sample interview questions for assessing each team player virtue.

Observing a person’s behavior in different situations is a better way to gauge interpersonal skills than asking questions—for instance, noticing how she deals with waiters, receptionists, and potential coworkers. However, questions like the following can add information:

Another way to use the team player model is to evaluate current employees. The possible results are:

If you can’t decide whether an employee has what it takes to improve, keep working with them until you know for sure. That way you won’t make the mistake of writing off someone who could become a valuable contributor in time. More often, managers know when an employee isn’t a good fit, but don’t do anything about it.

Here are some approaches for evaluating people for the team player attributes:

Managers or team leaders can assess an employee by answering questions like the following:

For an ideal team player, the answer to every question would be yes. Answering questions like these can add clarity even when a manager or team leader already knows an employee’s strengths and weaknesses.

For employees to improve, leaders must consistently point out when they’re not doing what’s needed. It’s uncomfortable to repeatedly tell employees they’re missing the mark, but it’s the only way to get results. They’ll succeed or decide to leave—or you’ll have to terminate them.

To help people develop one of the virtues, here are some approaches:

Humility: Some employees can improve if they simply start acting differently, practicing the behaviors they need to develop. For instance, they can push themselves to compliment someone or admit a mistake. Have teammates encourage the employee by highlighting the positive behaviors—for instance, a coworker might say, “I appreciated your compliment the other day …”

Hunger: Everyone, but especially unmotivated people, should have performance goals.

But beyond telling someone to meet certain production goals, managers should set behavioral expectations. Tell unmotivated employees that they also need to help colleagues or the team meet their goals. This may include taking on additional responsibilities or working more hours. With specific goals, the employee will either step up or find another job.

People skills: Those who lack interpersonal skills aren’t usually intentionally being difficult or trying to cause problems. They just don’t pick up on how their words and actions affect others.

When they do the wrong thing, immediately call attention to it. For example, you might say, “Your email really upset your coworkers. Before you send an email next time, you might want to have someone look over it and help you reword it.”

4. Embedding Teamwork in Your Culture

Besides helping individuals become humble, hungry, and smart, it’s important to embed these values in your company’s culture. Here are some ways to do that:

1) Reward people for teamwork: Managers often don’t say anything when employees do what they want them to, but they’re missing an opportunity. Praise rewards and motivates the employee and reminds everyone else of what’s expected.

2) Address violations: When you see behavior that goes against one of the values, whether the misstep is major or minor, let the violator know. Don’t miss opportunities for learning.

3) Talk about teamwork constantly: Talk about your commitment to the three virtues to everyone—customers, partners, vendors, and job candidates. This helps establish the expectation among people dealing with the company that employees will be humble, hungry, and smart and encourages employees to behave that way. As word gets around, the organization becomes known for its culture, and it’s easier to find employees who are a good fit.

While it may sound simplistic or contrived to some, the organizations that are most explicit about a teamwork culture are the most successful in building it.

Like what you just read? Read the rest of the world's best book summary and analysis of Patrick M. Lencioni's "The Ideal Team Player" at Shortform.

Here's what you'll find in our full The Ideal Team Player summary: 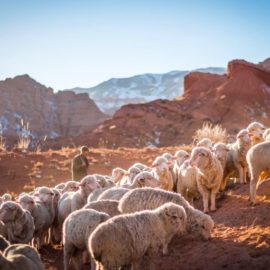 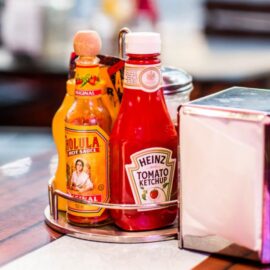 The Law of Division and the Dangers of Line Extension