How does the incentive of profit contribute to consumer welfare? What role does it play in economic efficiency?

Business profit is the price society pays for efficiency, quality, and low cost. Without the profit incentive, businesses would be less efficient, producing lower quality goods with less concern for cost, as in the Soviet Union.

In this article, we’ll discuss the role of the profit incentive in consumer welfare, how business profits are measured, and how they incentivize efficiency.

Profit as an Incentive

Much is said about “outsized profits” earned by businesses. They seem like unnecessary arbitrary charges added onto the cost purely to benefit the owners. But this ignores the risks inherent in creating businesses. Half of all new businesses fail in four years, and most former titans (like Kodak) eventually go bankrupt as they fail to adapt to changing circumstances.

Further, the average rate of return on corporate assets before taxes is between 4-12%, and after taxes between 2-8%. This is lower than what the average guess might be.

Profits provide incentives for businesses to produce goods that consumers most want at the lowest cost.

Furthermore, there are natural limits to the profits that can be earned – high profits in one sector encourage competition, which reduces profits and increases quality. Without this competition for profits, businesses would have less incentive to adapt to changing conditions to maximize consumer value.

Losses encourage businesses to stop producing goods that consumers don’t want. Forcing a reduction in investment this way shifts scarce resources to where they can have more valuable uses – like Kodak losing money so that labor that would have gone into film photography can go into digital photography instead.

If a business fails to adapt to ever-changing market conditions, other companies that provide better products will take a greater share of the profits, and the incumbent will incur lower profits or losses. In extreme losses, the business will shut down and is prevented from needlessly consuming more resources. For example, when computers came along, typewriter companies consumed fewer scarce resources by closing down.

Through incentives provided by profits and losses, business owners have a personal stake in the value their businesses create and monitor themselves closely, without needing authorities to dictate what they do.

Throughout all this competition between businesses vying for profits, consumer welfare as a whole tends to improve, with lower prices and higher standards of living.

In this sense, knowledge and insight are some of the scarcest of all resources in the economy, giving large advantages to those with insight. In a market economy, the best ideas tend to win through competition, even if the ideas originate from the less powerful. An economy that can tap talent throughout its population becomes more powerful over more restrictive societies, where masses with good ideas aren’t able to compel authorities to change anything.

Non-market producers are organizations like non-profits or government agencies who can also provide goods and services.

Why have businesses displaced non-market producers in many countries around the world? The simple answer – businesses are more efficient.

If profit-minimizing economies like socialism were actually more efficient, they would have provided higher standards of living than really materialized in history.

Further, if the cost of profits were greater than the value of efficiency, then you would see non-profit organizations or government agencies doing better work than profit-making businesses – yet this rarely happens. On the other hand, the opposite happens consistently – private enterprises taking over functions of government agencies or non-profits like universities and hospitals.

Why are businesses more efficient? Businesses competing with each other face life or death based on the quality of their goods and their costs and their reputations, and they face continuous incentives to perform ever better. In contrast, government monopolies have little profit incentive and can continue being inefficient without existential threat.

Selling a plate of food for $15 while the ingredients cost $5 seems like a profit of $10, but this ignores the investment required to start the business and the other costs that go into the food (labor, rent, utilities).

Similarly, a piano dealer may charge a higher markup per piano than a loaf of bread at a supermarket, but far fewer pianos are sold, and the markup needs to compensate for low volume.

What matters is profit on the total capital invested in the business – this is the yardstick by which different opportunities are compared.

Capital tends to flow to the areas of greatest return, so be wary of situations that seem wildly profitable, since the situation may be bleaker than you imagine. While stores in low-income neighborhoods have higher markups, they have lower than usual rates of profit on investment – not just because of higher costs from theft and insurance, but also because local residents may shop elsewhere to seek lower prices, causing slower turnover.

Costs are dynamic and change according to volume. Economies of scale occur as the cost per unit decreases as the number of units increase. This is often due to large fixed costs upfront that become split more evenly across more units. This occurs with manufacturing, distribution, marketing, and more.

Advertising has an interesting effect on cost per unit. Because advertising causes more of the product to be sold, it may actually reduce the cost per unit of production.

Large enterprises tend to become larger – up to a point, where its advantages plateau. The advantages may even dissipate – larger enterprises become more difficult to monitor, and internal controls may fail to be applied systemically. They also become more difficult to coordinate, becoming so bureaucratic that adapting to changing market needs is difficult. These disadvantages of size are called diseconomies of scale.

Savings and Costs Passed Down to Customer

When the costs for a business rise, a common response is to raise prices, thereby passing the costs to the customer.

Similarly, cost savings are passed down depending on the company’s strategy. If a company discovers a cost-saving technology, it can opt to price just below the competition and collect the larger profits, or it can reduce its price to gain more market share. 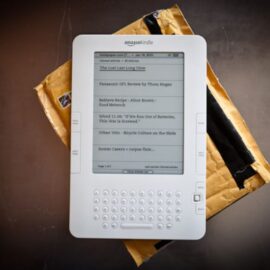 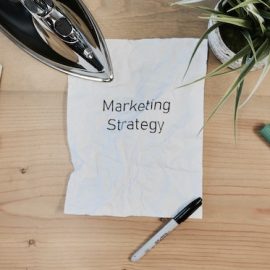 Competitive Advertising: The 4 Ways to Get an Edge 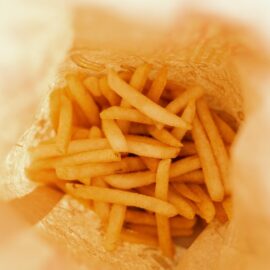