What does finding paths to God mean? How does The Bhagavad Gita outline the many paths to god?

Read more about The Bhagavad Gita and how it describes the many paths to God.

Many Paths to God

One important point Krishna makes is that there are many different paths to God that escape karma. Some people make material offerings, while others offer their selfless actions, as Krishna instructs Arjuna to do. Some seek God through meditation, restraining their senses and gaining mastery over their physical bodies through asceticism (self-deprivation), or offering up their bodies and experiences to the gods. All of these various practices are called yoga, which means “union”—specifically, union with God.

In vowing not to fight, Arjuna was—likely unintentionally—practicing one means of getting closer to the divine, called sannyasa, or renunciation of action. Those who practice sannyasa, typically ascetic monks, avoid taking any actions at all in order to minimize how much karma they accrue.

However, in shirking his duty to fight, Arjuna wasn’t practicing sannyasa correctly. Krishna explains that, for a warrior prince like Arjuna, sannyasa isn’t an appropriate path; it would be impossible for Arjuna to renounce all action, since his dharma drives him to fight and lead. Instead, Krishna again urges him to practice tyaga, dedicating his actions to God and renouncing the outcomes of those actions.

Selfless action is only one step on the spiritual path. Beyond selfless action is wisdom and knowledge. Studying the scriptures, knowing the difference between one’s physical form and one’s true self, and recognizing the spirit of Vishnu in everything that exists are all key to breaking free of samsara, escaping the cycle of rebirth, and being reunited with God.

There Is No Failure in Spirituality

Arjuna asks several questions about what happens if you worship other gods, or worship in different ways than are laid out in the sacred texts. Krishna answers that he’ll reward true faith of any kind. People who pray to other gods will be with them in the afterlife (until they’re reborn), while those who worship Vishnu but don’t follow the proper rituals will be reborn into an educated family to learn the correct forms and continue their spiritual journey.

Most importantly, Krishna says that there is no such thing as failure when pursuing spiritual work. Arjuna worries that if he begins to practice yoga but isn’t able to complete his spiritual journey in a single lifetime, that he’ll be stuck between the physical world and the spiritual one, truly belonging to neither.

However, Krishna reassures him that that’s impossible. If he seeks Vishnu in life but becomes distracted by physical attachments or turns away from his spiritual pursuits, he’ll enjoy his rewards in the afterlife until he’s born again to continue the work. 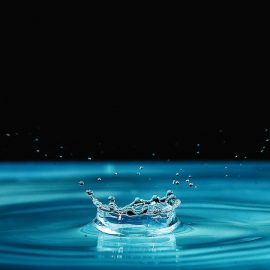 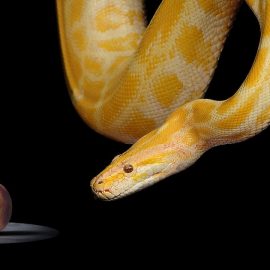 C. S. Lewis: Free Will Solves the Paradox of Evil 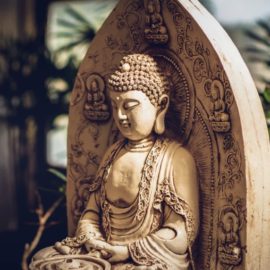 Important Learnings From The Bhagavad Gita