What are the major obstacles to innovation in organizations? Why do innovative ideas get shot down?

According to Safi Bahcall, the major obstacle to innovation is disbelief: Groundbreaking innovative ideas are often dismissed as crazy and overly ambitious. He calls such ideas “loonshots”  (loonshot = loony + moonshot). In addition, innovation-focused companies may fall into traps that keep them from innovating successfully.

One of the main obstacles to innovation is blindspots: Sometimes, proponents of innovative ideas focus on only the newest, biggest, best products or technological innovations and thereby become blind to the innovative strategies that allow seemingly-lesser competitors to outdo them.

For a dramatic example of blindspots in action, we can look at the US’s fortunes in the wars that followed World War II. World War II, as Bahcall notes, was in part a war of technological innovation, a race for the newest, best airplanes, tanks, and armaments. The US got good at this game, thanks to the OSRD, and have continued to develop powerful military technologies ever since. But in Vietnam, they encountered for the first time a new strategic innovation in the form of guerrilla warfare against a nebulous opponent rather than open combat against a regular standing army. They were unprepared for this new strategic paradigm, and no amount of technological superiority could carry the day.

(Shortform note: Blindspots can afflict strategic innovators as well. Blockbuster built their business not around a product, but around the service of video rental. Eventually, they fell prey first to a strategic innovation (Netflix’s mail-order service) and then to a product innovation (streaming video, which, ironically, they helped develop.))

Bahcall argues that a company can run into trouble when it is led by a strong visionary who dictates the exact course of innovation. Bahcall likens such leaders to Moses since they lead their organizations through sheer force of will and vision. In cases like this, the company achieves the first rule (separate innovators and implementers) but fails at the second (foster dynamic exchange between the two groups). In effect, the company becomes so enamored of its technology that it doesn’t think enough about how that technology will be implemented.

Bahcall gives the example of Edwin Land at Polaroid. Bahcall says that Land loved film technology and kept Polaroid focused exclusively on developing new film cameras even when magnetic tape (VCRs and camcorders) and digital cameras entered the market. Bahcall points out that Land did this even though he knew that digital technology was viable, having previously developed and championed digital imaging for US intelligence satellites. Unfortunately for Polaroid, the newer technologies were cheaper and more convenient for users, and other companies soon undercut Polaroid’s market.

(Shortform note: Adam Grant points out a different kind of Moses trap that happens when people with previous success in one domain get overconfident in their abilities to predict success in other domains, like when Steve Jobs, Jeff Bezos, and John Doerr all got behind the Segway, which ultimately flopped.)

Bahcall says that Polaroid’s missteps also highlight the fact that leaders should manage the exchange between innovators and implementers rather than managing any specific technology. Land got too personally invested in film technology and didn’t stop to ask whether it was still the best technology in the marketplace.

(Shortform note: Simon Sinek suggests that you can help avoid falling into this kind of trap by staying focused on why your organization does what it does. In Bahcall’s terms, asking why forces you to place innovation in dialogue with implementation. Asking why might also help you avoid blindspots. For example, if Land had focused on Polaroid’s why (providing people with affordable and convenient imaging technology) instead of the what or how (film-based cameras), he might have capitalized on his background in digital imaging to get into the digital camera market early.)

The other thing that can happen if an organization achieves separation without exchange is that loonshots can be kept so separate that the innovative ideas never make it to implementation and instead die in the lab. Bahcall calls this the PARC trap, after Xerox’s former research division. PARC developed a whole host of innovations that Xerox never brought to market, but which went on to shape modern computing.

(Shortform note: Xerox’s short-sighted neglect of PARC is well-known, and shows that sometimes companies simply fail to capitalize on good ideas. But as Christensen points out, big businesses also face some legitimate obstacles when it comes to adopting new innovations. For example, a business might have a hard time marketing new products to different customers, or new innovations might not fit into a company’s business plan—not to mention its manufacturing setup.)

Overcoming the 3 Major Obstacles to Innovation 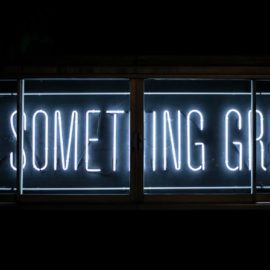 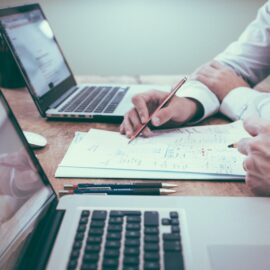 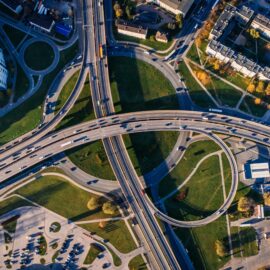 The Leadership Challenge: Quotes From the Book