What did Obama think about Afghanistan? Did Obama make an effort to pull troops out of Afghanistan?

Obama believed that the country made a mistake entering in a war in Iraq. Instead, he wanted to redirect resources to Afghanistan.

Read more about Obama, Afghanistan, and his policies.

Obama Recommits to the Conflict in Afghanistan

Obama wanted to recommit the United States to the fight in Afghanistan, from which he believed the war in Iraq had diverted resources and focus.

Early in his administration, he began reviewing plans for a troop surge in Afghanistan. But while Obama recognized the necessity of a renewed military commitment, he also wanted to avoid further embroiling the U.S. even further in a long, drawn-out exercise in nation-building. Instead, he wanted clear, defined objectives for the U.S. mission in Afghanistan that related directly to America’s national security interests.

Thus, he reviewed the plans offered to him by the Pentagon with some trepidation. Admiral Mike Mullen, Chairman of the Joint Chiefs of Staff, and General David McKiernan, commander of U.S. forces in Afghanistan, initially presented a plan for a surge of 30,000 additional U.S. troops—doubling the U.S. military commitment.

Obama was skeptical of such a heavy surge. Why, after five years of U.S. presence in Afghanistan with no clear objective, would a sudden doubling of the troop commitment now suddenly turn things around? To Obama, what was needed was a clearer definition of strategic objectives, not mindlessly committing more troops (and inevitably, more casualties) to a war that the public had soured on.

Key figures within the administration, however, were on board with the Pentagon’s hawkish recommendation. Secretary of State Hillary Clinton and CIA Director Leon Panetta, for example, encouraged Obama to commit to this course of action.

Other than the president himself, the most skeptical official was Vice President Joe Biden. Having seen the pitfalls of unflinchingly signing on to recommendations from the Pentagon (and having been haunted by his own vote for the war in Iraq), Biden saw the potential for the U.S. to get bogged down in a long, messy war with no clear way out. He urged caution and patience—and warned Obama not to let the generals outmaneuver him or pressure him into a course of action against his will. Obama was the president, Biden reminded him, and it was his decision about where and when to deploy troops.

Biden’s warning was wise. While men like Gates, Mullen, and McKiernan were smart, capable, and possessed of a nuanced understanding of the limits of America’s military might, they were also products of Pentagon groupthink. When assigned a “mission” with a vague and undefined purpose, people who came out of the Pentagon system tended to become tunnel-visioned and narrowly focused on achieving that mission—at any cost. This mission-oriented thinking could cause them to lose focus on America’s broader strategic interests as they narrowly focused on “victory” (however poorly defined that might be).

Thus, the military and their civilian counterparts in the Department of Defense tended to always want more troops and more money regardless of the circumstances—and were often willing to lean on their allies in Congress and the national media to help them pressure presidents into giving them what they wanted. It was the duty of the president to take these recommendations seriously, but to also take a broader and more holistic view of the situation, tempering the generals’ recommendations with a knowledge of their ingrained biases.

Obama wanted to redefine the purpose of U.S. involvement in Afghanistan and define clear measures of what constituted success. In March 2009, the new strategy was announced. The goal for Obama in Afghanistan was to disrupt, dislodge, and defeat Al Qaeda.

Bringing the country to a true state of internal security would require a massive investment in civil society and infrastructure—police, hospitals, schools, roads—as well as a renewed military commitment. But there was simply no appetite within the Obama administration for that kind of sustained mission, when American troops had already been on the ground in Afghanistan for nearly eight years. Accordingly the administration authorized the deployment of 17,000 additional troops for this more limited, security-focused mission. 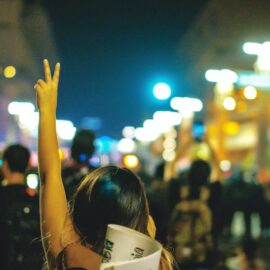 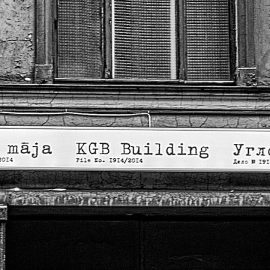