Are the effects of global warming really that bad? How will the rise in the baseline temperature affect the human population?

Our understanding of the effects of global warming continues to evolve as scientists collect more data and as we experience them firsthand. Still, there’s no question that global warming affects ecological communities worldwide.

Keep reading to learn about some of the well-documented negative effects of global warming.

The Effects of a Warmer Atmosphere

In his book How to Avoid a Climate Disaster, Bill Gates presents a practical discussion of climate change informed by his experience as a tech mogul and philanthropist. Gates explains the negative effects of global warming on the planet and proposes ways to reduce global carbon emissions to avoid catastrophic changes.

The warmer atmosphere has caused long-term temperature and weather shifts, also known as climate change. For example, we now experience more frequent and intense heat waves, droughts, wildfires, and storms. By the year 2050, Gates cautions that billions of people will personally experience the destruction of wildfires, drinking water shortages, or property damage from heavy storms and flooding.

The warmer atmosphere is causing sea levels to rise due to melting glaciers and ice caps (land-based ice that runs into the ocean as it melts) and thermal expansion in the ocean (water expands as it heats up). Gates notes that rising sea levels can be devastating for coastal communities because of storm surges, flooding, saltwater contamination of freshwater reservoirs, and loss of habitable land.

(Shortform note: In 2022, researchers projected a foot of global sea level rise by 2050, whether carbon dioxide emissions are reduced or not. This additional foot of baseline sea level means coastal communities can expect ten times more damage from flooding and more powerful and dangerous storm surges. Additionally, the report suggests that we can expect sea levels to rise between three and seven feet by the end of the century if emissions continue to increase.)

As the climate changes, different parts of the world will face new and worsening health risks. For example, Gates notes that as the Earth warms, mosquitoes will expand into new areas bringing diseases like malaria with them, and heat stroke will become much more widespread and deadly as extreme heat and humidity worsen. 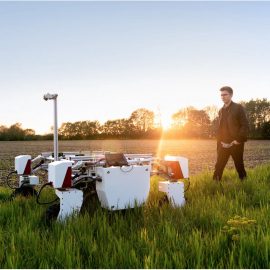 4 Impacts of Technology on Agriculture & Conservation 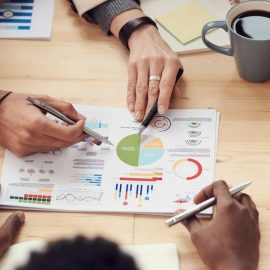