What is Mitigated Speech? Why do people have trouble saying something they don’t mean? And how does mitigated speech cause plane crashes?

Learn the unfortunate truths of mitigated speech and how to overcome it, in this summary excerpt from Outliers.

Mitigated Speech and Difference in Power

Mitigated speech is a type of subdued speech that avoids direct statements of what is intended. It is common in high power distance index countries, which place a greater importance on respecting hierarchy. Subordinates are more likely to speak indirectly to their superiors.

For example, “Let’s turn right” is mitigated, while “Turn right” is not. The first is a mere suggestion. The second is a command. A subordinate from a high PDI country wouldn’t feel comfortable commanding his superior to do something, so he would mitigate his speech. Mitigated speech often sounds more respectful, which is important for maintaining and validating a hierarchical culture.

Aviation errors are rarely the result of a lack of technical skill. More often, they are errors in communication: One pilot sees something and doesn’t speak up. Communication errors are more common when pilots come from a culture with a high power distance index, where mitigated speech is common.

While politeness is generally a good thing, it can be dangerous when it downplays the urgency of a point. If the co-pilot notices something that needs to be addressed but mitigates this communication rather than communicating directly, the pilot may not understand the importance of what the co-pilot is saying.

Being from a high PDI country directly impacts your ability to be a safe (and therefore successful) pilot or co-pilot. The examples below demonstrate how dangerous our cultural legacies can be.

Luckily, cultural legacies don’t need to be permanent obstacles. Once you’re aware of how your culture makes you behave, you’re better equipped to address them, as we’ll see at the end.

The 1990 New York crash of Columbian airline Avianca 52 provides a clear example of the dangers of mitigated speech in a high-stakes situation. Importantly, Columbia is a high PDI country.

A series of mistakes led to the crash, but the final moments were the most crucial, and the cost of mitigated speech was devastating.

The plane was almost out of fuel and the captain had to abort his first landing attempt. His co-pilot was communicating with Air Traffic Control in New York, trying to organize another landing attempt.

The captain told his co-pilot, “Tell them we are in an emergency!” But the Colombian co-pilot views the Air Traffic Control staff as his superiors and therefore didn’t communicate this directly. Instead, he said, “Ah, we’ll try once again. We’re running out of fuel.” This is clear Mitigated Speech.

This meant nothing to Air Traffic Control (ATC). All planes are technically always running out of fuel. ATC is trained to listen for the word “emergency,” which the co-pilot never used. The word “ah” was also mitigating and did not communicate the dire straits of the situation. The air traffic controller later said that he took the co-pilot’s words as a “passing comment.”

Additionally, the co-pilot already thought he had angered the ATC workers at Kennedy Airport because they were using blunt, direct language with him rather than mitigated language. Instead of responding by communicating more directly to get his point across, the co-pilot became increasingly passive and deferential.

The plane crashed into a hill in Long Island, killing eight crew members and 65 passengers. All because of mitigated speech.

Once an airline with a very questionable safety record, Korean Air has since turned itself around. The transformation hinged upon acknowledging the effects of cultural legacy.

But as of 1999, Korean Air has maintained a spotless record and in 2006 was given the Phoenix Award by Air Transportation World. What caused this dramatic transformation?

Korea is a country with a high power distance index. One former Korean Air pilot explained that the culture dictated that the captain is in charge no matter what; the rest of the airline staff “sits quietly and does nothing.”

In the Korean language, there are six levels of conversational address of varying degrees of intimacy. The First Officer (the co-pilot) would have used one of the higher, more deferential levels of address when speaking to the captain. These levels are inherently mitigated speech.

Example of a Mitigated Speech Crash

During the 1997 flight of Korean Air Flight 801, the landing system, called a glide scope, wasn’t working in Guam and the captain wanted to make a visual approach. The first officer disagreed. The weather was terrible and he didn’t think they could see the runway well enough to land without the glide scope. However, what the first officer said was, “Don’t you think it rains more? In this area, here?” This is mitigated speech, and the captain didn’t take the hint. But the first officer apparently felt he had done all he could do. His culture didn’t permit him to use more direct language with a superior.

After the first officer’s failure to communicate, the flight engineer gave it a shot: “Captain, the weather radar has helped us a lot.” What he meant to say was that the weather radar was telling them that the weather around the Guam airport was too bad to land the plane by sight. This is clearly mitigated speech, which is multiple steps removed from what the ultimate point is.

In many Asian cultures with Mitigated Speech, it is the job of the listener to understand what is said to him, rather than the job of the speaker to make himself understood. The first officer and the flight engineer each mentioned the weather once. Because of their cultural norms, they then left it up to the captain to understand what they really meant. But he didn’t.

Altogether, the first officer hinted at various concerns four times without issuing any direct statements. The plane crashed on a hill about three miles short of the runway, killing 228 of the 254 people aboard.

Once realizing the danger of mitigated speech, Korean Air dramatically improved the safety of its flights by challenging its cultural legacy of showing deference through mitigated speech.

How? They made English the language of their flight communications.

In Korean, you have to choose from six levels of address, and you can only speak to a superior using the highest levels. English removed this obstacle—co-pilots could speak to their superiors in a direct way without feeling disrespectful.

English gave flight crew members permission to adopt a new identity, one that flattened a previously strict hierarchy. In a sense, it gave crew members a new culture, if only for the time they were in the air.
This transformation, along with a number of other flight safety improvements, led to a dramatic turnaround of flight crashes. Your culture is not your destiny – being aware of your cultural limitations is the first step to overcoming them. 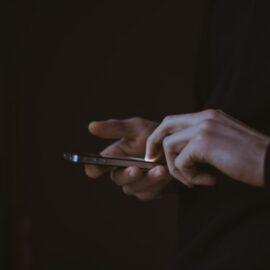