Do you embrace life with all of its flaws, or do you pretend they aren’t there? Are you practical, or are you fanciful?

Philosophers might be accused of living in abstraction, pontificating on life while detached from its realities. The Stoics, though, believed that life isn’t something you just talk about; it’s meant to be lived in stark reality.

Read more to learn how the Stoics urge us to live in the real world.

The Stoics believed that we should respond to life with justice and courage. One way to do that is to be realistic. Ryan Holiday and translator Stephen Hanselman, the authors of The Daily Stoic, argue that Stoic philosophy is practical at its core. We’re meant to live in the real world rather than just discuss it in the abstract. Therefore, the Stoics believed that living virtuously was possible in the face of all the imperfections of real life.

(Shortform note: The authors draw on the work of Pierre Hadot, who argued that ancient philosophies—such as Stoicism—were meant to be a way of life. The modern practice of philosophy, by contrast, tends to be seen as the detached work of aloof academics. Hadot believes that this change began during the early centuries of the Christian era, when secular philosophy was replaced by sacred theology. In time, he says, science replaced both theology and philosophy as a way of life. Philosopher Jules Evans argues that Stoicism has become so popular lately because it fits our modern way of thinking well: Cognitive Behavioral Therapy, for instance, is largely derived from Stoic principles that can be supported by science.)

For instance, the Stoics recognized that, no matter how hard you work at building your character, you’ll still have weaknesses. They believed you can turn these weaknesses into strengths. Maybe you’re prone to laziness, for example. Thinking like a Stoic, you might find that your inclination to do the least amount of work has value: You can use it to increase the efficiency of a task by weeding out wasteful steps in the process. This kind of thinking works with your weakness and maximizes its potential, allowing you to find strength by realistically appraising your characteristics.

(Shortform note: Some experts suggest a different approach to dealing with weaknesses. They argue that it’s unusual to turn a weakness into a strength, but it’s possible to minimize the effect those weaknesses have on you. The way to do this is to focus on maximizing all of your strengths and minimizing all your weaknesses by, for instance, delegating responsibilities or compensating with your strengths.)

Similarly, the Stoics knew that our time is limited. Accordingly, they believed you shouldn’t spend more time on any task than it deserves. It’s more important to spend time with your family, for example, than it is to obsess over which garbage bags to buy. Save your time and energy for the things that matter.

(Shortform note: Contrary to this idea, researchers have found that valuing the mundane things in life is associated with a greater sense of meaning in life overall. This suggests that looking for the value in tasks you may otherwise consider unimportant is an effective way to feel happier.)

Live in the Real World: Sage Advice From the Stoics 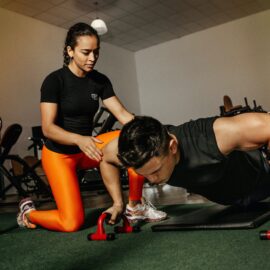 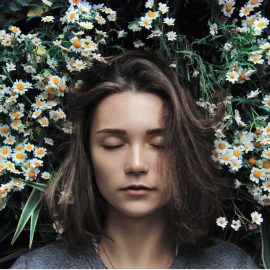