For main character Eddie in The Five People You Meet in Heaven, he didn’t learn to forgive until after his death; Eddie was able to make peace in the afterlife, but Mitch Albom’s book, and Eddie’s tale, can help you learn to forgive in this life instead of the next.

Learn to Forgive Others

All children become damaged to some degree by their parents. Over the course of his life, Eddie’s father damaged him through neglect, then violence, then silence. Eddie’s father rarely held Eddie. He would beat Eddie and his brother, Joe. One night, Eddie grabbed his father’s fist, instead of letting him hit Eddie like normal. That was the last time his father ever spoke to him.

Eddie Learns to Forgive His Father

Ruby asks Eddie if the pier was really as terrible as Eddie always thought. Eddie tries to explain that he was stuck in a life he didn’t choose, a life just like his father’s. Ruby says that Eddie’s father was hard on him, but asks Eddie to consider if he was hard on his father, as well.

Eddie feels anger growing inside him. His father tried to hit him. His father’s last words to him were “get a job.” He tells Ruby that she didn’t even know his father.

But Ruby knows something that Eddie doesn’t know. With the tip of her parasol, Ruby draws a circle in the snow. Eddie looks down into the circle as though his eyes are falling through a hole. This is what he sees:

Eddie yells out in disbelief. He can’t understand what he just saw. He asks Ruby, but she stays silent. Stepping to the side, she draws another circle in the snow. Eddie tries to resist, but again his eyes fall toward the scene:

When Eddie’s vision returns, he feels tired and heavy. He asks Ruby what his father was doing. Ruby says that he was saving a friend. Even though Eddie’s father had originally been chasing after Mickey with the intent to hurt him, maybe even kill him, he saved Mickey’s life.

Eddie can only focus on what Mickey had done to his mother. But Ruby tells Eddie that Mickey had once been a great friend to his father—Mickey helped him get a job and he loaned the family money when Eddie was born. Eddie’s father acted out of loyalty that night, and died of pneumonia because of it.

Eddie can’t imagine why his father never said anything about that night. Ruby tells him that silence was a refuge for his father, a way to hide his shame for everyone involved. In the hospital, Eddie’s mother stayed by his bedside every day, until one night she went home to rest. That next morning, the nurse found Eddie’s father dead, halfway out the window.

Eddie is confused. Why would he be at the window?

Ruby tells Eddie that during the night, just before he died, Eddie’s father staggered to the window, opened it, and started calling out to Eddie, Joe, and their mother. It seemed that his heart was finally spilling out all that he wanted to say. The cold was too much for him, and he was dead by morning.

Eddie is stunned. Thinking about his tough, old father trying to crawl out the window leaves him with so many questions. He asks Ruby how she knows all of this about his father. She sighs and explains that she was in the hospital room with him. Her husband Emile was the other patient in the room.

Ruby felt connected to Eddie’s family because of their connection with Ruby Pier. She thought that the park had cursed their lives, and her wish that Ruby Pier had never been built followed her all the way to heaven. That’s why Ruby’s heaven is a diner. It’s a place where all of the souls who have ever suffered at Ruby Pier can stay safe, far away from the ocean.

Ruby and Eddie stand. Finally, Eddie admits to Ruby that he hated his father. He hated him for the way he was treated his whole life. Ruby asks Eddie to learn this lesson from her story: Holding onto anger is poisonous. You may think anger will act as a weapon toward others, but it only hurts yourself.

Ruby touches his hand and says, “You need to forgive your father.”

So Eddie goes back into the diner and makes amends with his father.

Eddie finds out that the Captain shot him in the leg, and needs his forgiveness. Eddie has to learn to forgive someone this time whom he wasn’t holding anger over.

The Captain holds out his hand and asks Eddie to forgive him for shooting his leg. Eddie realizes that all the anger he’s been holding onto is nothing compared to the sacrifice that the Captain made. He takes the Captain’s hand and grips it firmly.

As soon as the Captain has Eddie’s forgiveness, the old tree above them begins to grow new leaves. The barren ground that Eddie remembers from the war turns into a beautiful landscape of grass and the sky turns blue. The Captain has seen it this way the whole time he’s been in heaven because his idea of heaven is a world without war.

Knowing that the Captain will be leaving soon, Eddie can’t help but ask if he was able to save the little girl on the pier. The Captain is sympathetic, but can’t tell Eddie what he longs to know. Instead, he throws Eddie his helmet. When Eddie looks down, there’s a photo of Marguerite inside. And when he looks up, the Captain is gone.

Eddie Learns to Forgive Himself

Finally, Eddie has to learn to forgive himself for the harm he caused others. Due to this, he meets Tala. 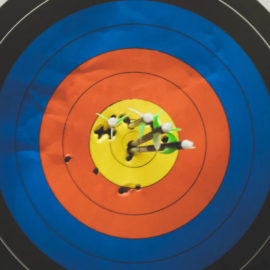 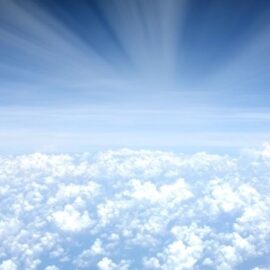 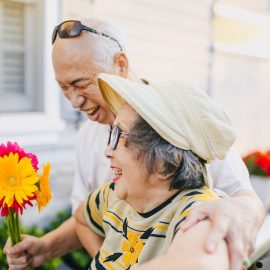 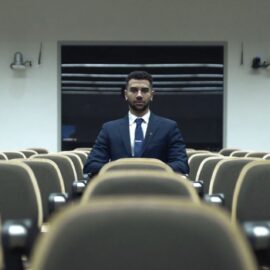