Have you ever been judged based on your appearance or caught yourself judging somebody else? How important is it to remember that it’s what’s inside that counts?

Retired Navy SEAL and author of Make Your Bed, Admiral McRaven, recounts two impactful moments when he learned that it’s what’s inside that counts. He learned how important it is to look beyond appearance and instead allow a person’s heart to determine how you see them.

Keep reading to learn how McRaven learned it’s what’s inside that counts during his time in the SEALs.

It’s What’s Inside that Counts

There’s more to you than meets the eye. You have talents, determination, and courage that aren’t visible to the naked eye. There have been times when someone has doubted or judged you based on what you look like. You had to prove yourself to this person to be accepted or believed in.

You are not alone in this scenario. Everyone has more to them than what you’re able to see. You must look beyond skin deep to a person’s heart. More than anything else, it’s what’s inside that counts. You must allow for people to surprise you. You must reserve judgement and prejudice until you get to know who a person is. Even the smallest person can do great things, so value someone based on their heart, not their appearance.

Proving Worth in the SEALs

Proving yourself was a way of life for Admiral McRaven and his fellow SEAL cadets. Each day brought new tests meant to determine their toughness and capability of living up to the rigors of SEAL life. McRaven, author of Make Your Bed, who was a tall and strapping young man, fit the ideal mold of a strong and worthy Navy SEAL. But there were others who were not physically compatible. For these men, the act of proving their worth was ten times harder.

McRaven had two experiences in which men who looked ill-equipped to manage the tough and demanding life of a Navy SEAL defied expectations. The first was during a two-mile swim training. The trainees lined up on the edge of the surf waiting to be inspected. One of the men was 5’4” and scrawny. The inspecting officer chided him for his small stature and, looking at the eight-foot waves rolling in, asked the man if he wanted to quit. The young man took the abuse and said he wasn’t a quitter.

An hour later, McRaven finished his swim and crawled back to the sand. Standing on the beach was the small man. He’d finished before nearly everyone else. McRaven was astonished. The inspector had challenged this man’s ability to keep up and perform, and the young man found the heart to prove him wrong. McRaven learned it’s what’s inside that counts, not just stature or build.

A Hero on the Inside

The other experience was when McRaven was visiting the SEAL training grounds as a hopeful. He was waiting to meet with the recruiting officer when he saw a lanky, hippie-looking man loitering outside the recruiter’s office. McRaven felt sorry for the man. Someone had clearly given the man false hope that he could be a SEAL.

Halfway through McRaven’s meeting, the recruiting officer called the lanky man into the office. He introduced him to McRaven, stating that this man was the last recipient of the SEAL Medal of Honor for his valiant actions during Vietnam. McRaven was amazed to learn that this man was a hero. He’d gone into enemy territory to rescue two soldiers and taken a bullet to the face. He recovered from his injury and was now a member of the FBI’s Hostage Rescue squad.

Both of these instances taught McRaven never to judge someone by their appearance and that it’s what’s inside that counts. Despite both of these men appearing weak and unsuitable for the SEALs, both had the heart of two men and had accomplished amazing feats.

The message, “it’s what’s inside that counts” applies to everyday life as well as in the SEALs. Try to reserve judgement on somebody until you’ve gotten to know them because they just might surprise you.

It’s What’s Inside That Counts, Not Appearance 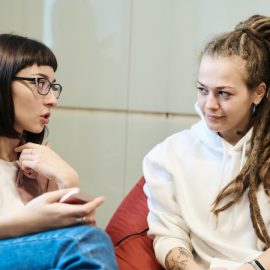 How to Read Faces to Build Deeper Connections 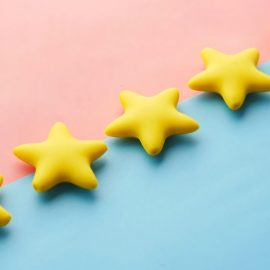