In this article, we’ll discuss how globalization has changed the way economies function and consider two arguments against globalization: the planet argument and the poor argument.

Is Globalization Good?—The Case of the Planet

Is globalization good for our planet? People who argue that globalization is bad for the planet list the following reasons for concern:

Here are the reasons why each of these arguments is misguided:

Rather than fear free trade, environmentalists should embrace it.

The Case of the Poor

Some anti-poverty advocates argue that multinational corporations keep people poor by paying them poor wages. This is not the case; multinational corporations are not the cause of poverty. People accept work at sweatshops because they have no better options. And in fact, when there are more factories that belong to multinational companies in developing countries, wages begin to rise because of an increase in competition. Rather than chastise companies for developing in poorer nations, we should encourage this behavior.

When a group of people decides to buy only “fair trade” goods, this adversely affects sweatshop workers more than anyone else. If people buy more “fair trade” goods, then there’s less demand for the goods that sweatshop workers make, and companies can either pay them lower wages or shut down their factories. Tariffs that stop people from buying sweatshop goods only benefit some unions, who have outsized political power in many developed nations. When special interests like unions have less power, governments always lower tariffs and promote free trade.

(Shortform note: To learn more about how international trade can improve standards of living around the world, read our summary of Naked Economics.)

Economists and those who live in or have an interest in Cameroon and its people are curious about the same two questions: Why is Cameroon poor? And what can we do to make it less poor? We’ll explain Cameroon’s problems and how globalization could help Cameroonians.

To answer these questions, we’ll begin with the current state of the Central African nation. Currently, Cameroon has few good roads. The roads that are paved are littered with potholes and shopkeepers who have set up their business in the middle of the street. There are no rules that govern traffic. The Cameroonian president, Paul Biya, has been in power since 1982. Amnesty International grades the country as one of the most corrupt nations in the world.

Cameroonians by and large hate their government because it doesn’t provide them with basic services. They believe that it is riddled with corruption that begins with Biya. Biya, though, does have some incentive to help the nation thrive to an extent. Even if he is purely self-interested and a complete bandit, he doesn’t steal everything from his people, because then there will be nothing to take the next year. A nation with a successful economy would lead to more profit for Biya.

The problem is, Biya is not in as much control as many of his people believe. He is the head of the government, but to stay in power, he has to please many actors—in particular the civil servants and the military below him—to stay in power. Biya might prefer that the police department, for example, solicit fewer bribes. However, he needs the backing of the police to hold onto the nation, so he has to allow their corruption to protect his own. Certainly, Biya doesn’t have the best interests of Cameroon at heart. His taxes are arbitrary and discourage investment, and he tolerates corruption from all parts of government to stay in power. But while the rife corruption comes from the top, it extends well beyond Biya. 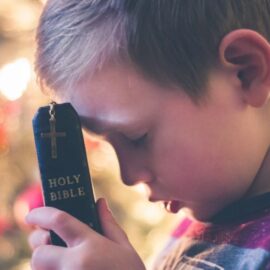