Why is it so difficult to interpret symbols in literature? What do you do if an author uses unique symbols?

Interpreting symbols in literature isn’t always easy. Literary symbols can sometimes overlap, develop new meanings over time, or be unique to an author. However, there are some common symbols and themes you can look out for.

Continue on for more information about interpreting literary symbols.

Even readers who are new to literature usually know to ask themselves, “Is this a symbol?” The next question they might ask is, “what does it mean?” However, interpreting symbols in literature isn’t always easy.

One problem with symbols is that they can mean so many different things to different readers. In fact, it is the mark of a great piece of literature when readers and scholars can come to different, even conflicting, interpretations.

(The exception to this rule is allegory. Allegories convey a particular message by associating a symbol with one specific meaning.

The final problem with symbols is that they aren’t always objects. Actions can also be used as symbols. For example, Robert Frost’s poem “The Road Not Taken” is literally about deciding between two paths. But it has become a universally used graduation poem because it can symbolize choosing your direction in life.

When interpreting symbols in literature, think of it as an imaginative and intellectual exercise. You should actively bring yourself to the encounter with the text. Use your instincts about how the text makes you feel, and don’t be afraid to use those feelings to infer meaning from symbols. Associate the symbol with everything you can, then toss out the associations that don’t seem to apply.

Remember: A symbol’s literal meaning within the narrative will always be its primary purpose. The metaphorical meaning is secondary to that. If a novel is unsuccessful at telling the story, no amount of symbolism will change that. On the other hand, if a novel presents a great story and a variety of figurative symbols and imagery, that is the sign of a great piece of literature.

Example: A Passage to India

In E. M. Forster’s A Passage to India, a progressive woman named Adela is taken on an outing to the Marabar Caves by an Indian man named Dr. Aziz. In the cave, Adela has a confusing experience. She runs out of the caves bruised and scared, feeling as though she’s been assaulted. She later discounts her own story, unable to be sure of what transpired in those caves.

The mysterious caves in the story are clearly symbols—but that’s the only thing that’s clear about them. Readers can infer a variety of meanings from the caves. Here are just a few:

A Passage to India is a great work of literature because of its networks of possible meanings and significance. The fact that every reader can bring his own experience to the book and come away with a different interpretation of the caves speaks to the power of its symbols.

Not all authors use common symbols, such as flight, that have ready-made associations attached. Some writers use a symbol that is private to them, and that makes it slightly more challenging for the reader to interpret.

There aren’t many poems that employ mathematical instruments as symbols, so you can’t fall back on your expectations to interpret the symbolism of the compass. At first, you may not understand the ways in which two people could be like the foot and point of a compass, or what this comparison signifies. However, you have other associations of goodbyes, themes of connectedness, and lovers’ promises that you can look to for guidance in interpreting the compass in this poem.

You can decode unique symbols by using what you learn from the work itself. Every literary work teaches you how to understand it as you read along.

Another strategy for interpreting unique symbols is to trust what you know. Every novel, poem, story, movie, and play you’ve read or seen in the past has been preparation for the next thing you will read. Don’t deny yourself credit for all of the examples of symbolism that you’ve encountered—you know more than you might think.

Irish poet W. B. Yeats is notorious for employing very unique or private symbols in his body of work. One in particular: A tower with a winding staircase. He bought the tower and lived in it for many years, and was always interested in the image.

Because there are no uses of this particular tower and its winding staircase anywhere else in literature, readers will find Yeats’s work challenging at first. In fact, it might take several readings of each poem and a study of Yeats’s personal history to even recognize the tower, much less understand all of its implications. That is the beauty and the challenge of such unique symbols.

Interpreting Symbols and Metaphors in Literature

Know Your Heart: 3 Steps to Self-Awareness 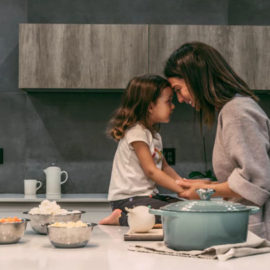 Concerted Cultivation: How to Best Raise Your Kids