Is global trade increasing? What role does international trade play in a country’s economy?

To a large extent, the world is economically interdependent. Exports have increased from 8 percent of global GDP in 1950 to 25 percent today, meaning that countries are trading many more of their goods and services abroad. Overall, international trade makes all the countries involved richer and raises their standards of living, be they rich or poor to start with.

In this article, we’ll look at the economics of international trade, and how it can be used to improve living standards around the world.

What Is the Role of International Trade in an Economy?

Some of the ways in which international trade can improve people’s standards of living include:

We’ll discuss the economics of international trade: how it affects the country as a whole as well as individuals within that country.

Although international trade benefits a country as a whole, sometimes it doesn’t benefit certain individuals within that country. Some people will lose their jobs because of foreign competition: For example, a shoemaker from Vermont might not be able to compete with an influx of cheaper shoes from China. In these cases, some people can end up with a permanently lower standard of living.

A government can help soften these effects for the people who suffer them. It can:

The Danger of Protectionism

For example, rich-world people often object to the low wages paid to factory workers who produce goods for international firms in developing countries. However, while these wages might be low in comparison to Western wages, they’re often high relative to local wages, and people in poor countries are often happy for the work because they don’t have many other options.

When people in rich countries boycott goods made by certain factories because of their working conditions, causing those factories to close, the people who worked in them often end up worse off—they can’t simply go work for another factory if there aren’t any other factories. For example, in 1993, American legislation proposed banning imports from countries using child labor. In response, Bangladeshi textile factories stopped hiring children. Unfortunately, Bangladesh was not developed enough for all former child workers to either go to school or be taken care of by financially stable families, and many of those now-unemployed children ended up either homeless, in poorer-paying jobs, or being forced into prostitution.

A better way to improve working conditions in foreign factories is to encourage more trade, not less. When a country’s overall GDP rises, its standards of living improve, and people eventually have the ability to demand higher standards for themselves. However, if they’re kept poor, they can’t get to that place.

People from rich countries also try to impose their environmental concerns on poor countries. However, people in poor countries are concerned first and foremost with survival, which means they’re not going to care about certain things that people in rich countries have the luxury of caring about, like pollution. For example, people in poor countries would prefer to have functioning factories even if those factories pollute the air. In another example, the insecticide DDT has been banned from most developed countries because it’s so destructive to the environment. However, in some poor countries, it’s still in use because it’s one of the most effective ways to prevent malaria, which kills more than a million people in developing countries every year, and is a far more pressing and immediate problem for those populations than the long-term effects of DDT.

Again, the best way to improve environmental conditions in the long run may be to increase trade. Countries that get richer start caring about the environment more and have more resources to solve or mitigate problems. However, governments of developing countries should make sensible development decisions while they’re growing in order to avoid future problems—for example, they should build cleaner power plants now so that they don’t have to be retrofitted later to lower emissions.

If rich world governments truly want to help environmental problems, they could help fund these kinds of projects, rather than trying to set regulations that developing countries won’t benefit from and therefore won’t abide by (such as bans on imports from countries who engage in non-environmental practices).

What Does a Country Need to Thrive?

We’ve already discussed some of the things any economy needs to thrive:

Additionally, there are some other factors that have proven important to the development of certain countries:

Fortunate geography: The majority of countries classified as “rich” by the World Bank lie in temperate zones, with the exception of only Hong Kong and Singapore. Economists posit that high temperatures and heavy rainfall, common in the tropics, inhibit food production and spread disease, which means that countries located in tropical regions have problems of basic survival to contend with that other countries don’t. For example, New Yorkers don’t have to worry about malaria, and can therefore focus their energies on other things.

To counter this fundamental problem, rich-world governments could offer incentives to firms to address the kinds of problems tropical countries face. Britain attempted this in 2005 by encouraging pharmaceutical companies to compete to develop vaccines for poor-world diseases, and by committing to purchase a certain number of doses of the “winning” vaccine.

Democracy: Consistently, economies in countries with democratic political systems are stronger and more resilient than those in countries led by authoritarian governments. Democracy acts as a check against ill-thought-out monetary policies that might benefit only a ruling elite, such as the appropriation of private property and capital.

Peace: National security provides a safe place for firms to conduct business. Companies can’t effectively produce and trade goods if they have to worry about armed combatants destroying their assets or killing their workers. Equality for women: Countries who allow their female population to be educated and to work develop better than those who don’t. Not only is it poor policy to bar half your working-age laborers from working, but women also tend to act more responsibly with their wages, spending their money on nutrition for their families, medicine, and housing, rather than drinking and smoking, which is what men often spend their wages on (studies of how men and women spend windfalls of income in developing countries back this up). For this reason, foreign aid administrators have found their funds do more good for a country when they’re given to the female head of a household rather than the male. 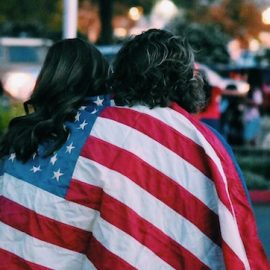 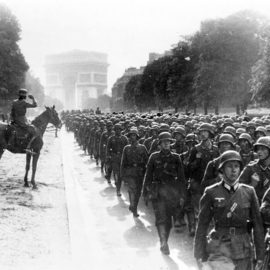